Nicaraguan farmers stay put despite volcano warning
Nicaragua's tallest volcano has belched an ash cloud hundreds of meters (feet) into the sky in the latest bout of sporadic activity, prompting the evacuation of nearby residents, the government said on Wednesday. 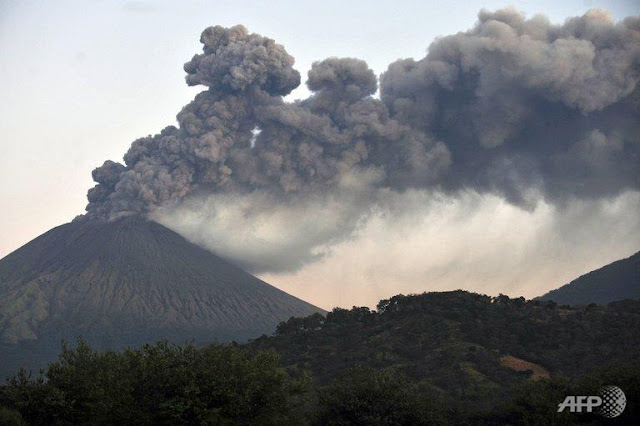 CHINANDEGA, Nicaragua: Some 1,500 farmers living on the slopes of the San Cristobal volcano refused to leave, despite being ordered to evacuate as the volcano spewed gas, sand and ash.

"People have not evacuated because we do not want to go and leave the area abandoned," Maria Pereira told AFP.

Pereira lives in "Grecia 4", a community of about 600 people at the base of the volcano, in the Chinandega department.

She said columns of ash "bathed the trees, houses, and roads in white" and "pretty sand fell" in the morning. She said by early afternoon volcanic activity had decreased, though in the evening new columns of ash shot up.

In another community near the volcano, Bethlehem, some farmers resisted efforts of Civil Defence officials to convince them to obey the evacuation order.

Around 140 Civil Defence troops have been deployed to "persuade" farmers to move away from the danger zone, state deputy Colonel Nestor Solis told reporters.

The government issued a yellow alert on Wednesday, ordering the evacuation of 300 families living near the volcano.

Reiterating the evacuation order on Wednesday, first lady Rosario Murillo, a government spokeswoman, said "the situation of the volcano is unstable".

But she did not specify how many had obeyed the evacuation order or where they are being housed.

San Cristobal, the tallest of Nicaragua's seven active volcanoes, is believed to have erupted for the first time in 1685.

Pipeline blast, quake strike 2014 Olympics Russian host Sochi
Russia's Black Sea resort of Sochi, which will host the 2014 Winter Olympics, has been hit by a gas pipeline blast and a mild earthquake, a government spokeswoman said on Wednesday 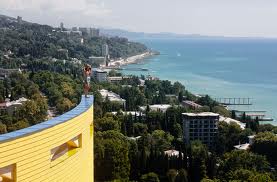 Irina Gogoleva, of Russia's Emergencies Ministry, said no one was hurt and there was no apparent damage to the city's infrastructure after a 5.3 magnitude earthquake was reported at 0242 local time on Wednesday (2242 GMT on Tuesday).

"Emergencies Ministry servicemen scoured through the city districts, bridges and electrical cables, there was no damage," Gogoleva said.

The epicenter of the quake was about 150 km (93 miles) off Sochi in the Black Sea.

President Vladimir Putin ordered authorities to inspect Olympic sites, particularly those under construction, to ensure there was no damage, Interfax news agency reported.

Authorities said a explosion on a gas pipeline that feeds a local power station occurred before the earthquake and was not related.

Gogoleva said the power plant had switched to fuel oil and the city was receiving electrical power. She said the reason for the blast was unknown.

Sochi, the first Russian city to host the Winter Olympics, is located near Russia's North Caucasus, which is plagued by violence linked to an Islamist insurgency.

Posted by seemorerocks at 09:31