The death toll from Tropical Storm Wukong in the central Philippines has risen to 11, with three others still missing. 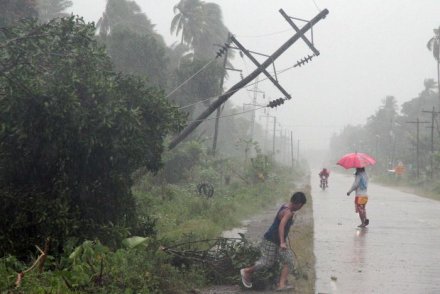 The death toll from Tropical Storm Wukong in the central Philippines has risen to 11, with three others still missing.

More than 28,000 people have been displaced by floods and almost half remain in government shelters.

A state of disaster has been declared in nine towns in Iloilo and Aklan provinces.

On Thursday, Wukong had weakened into a low-pressure area as it passed the western island of Palawan, moving out into the South China Sea.

Floods and landslides unleashed by Typhoon Bopha, which hit on December 4 and was the strongest storm to batter the disaster-prone country this year, killed more than 1,000 people and hundreds more remain missing, according to officials.

Relief efforts are continuing in areas in the southern Philippines ravaged by Bopha, with entire towns wiped out by flash floods.

The United Nations has ranked the Philippines the second Asian nation worst-hit by disasters this year, after China.

The Philippines is hit by about 20 major storms or typhoons each year that occur mainly during the rainy season between June and October.

Heavy rain coinciding with high tide flooded hundreds of homes in three northeastern states - Terengganu, Pahang and Kelantan - with some 13,746 people moved to evacuation centres, it said amid forecasts of more downpours.

Bernama said the flood situation was deteriorating as the number of evacuees continued to rise and some major roads in Pahang were closed as rivers burst their banks.

Muhammad Helmi Abdullah, the meteorological department's weather forecast director, warned that there could be more rain in Terengganu, Pahang and southern Johor state in the next few days.

"We expect intermittent rain to heavy showers in (some parts of) the states," he said, adding that the northeast monsoon season would last until March and the affected states could experience at least three more "heavy rain" episodes.

Part of the $US108 million ($104 million) Paya Peda irrigation dam wall under construction in Terengganu had to be broken to release pressure, according to Bernama.

The move caused flash floods in some parts of the oil-rich state.

Bernama also reported that a 36-year-old woman had drowned in Terengganu after she slipped and fell into a rain-swollen river on Tuesday while fishing in a water-logged area. No other deaths from the floods have been reported so far.

In the Pahang state capital Kuantan, thousands of people and some businesses were affected by flash flooding after three days of continuous rain, forcing around 3000 people to relief centres housed in schools and community halls, where hot meals and blankets were provided.

Hundreds of motorists were caught in the floods which caused massive traffic jams, while hundreds of cars in parking lots and underground parking areas were submerged by fast-rising water.

Nagandran Bangariah, 31, from Kuantan said the floods he had seen there were the worst he had experienced in ten years.

"It was a terrible sight. There was rubbish floating everywhere. Motorists struggled to get their cars to high ground," he told AFP.

"Today, a major clean-up is going on. Furniture showrooms in Kuantan were dumping their damaged sofa sets and cabinets. My neighbour is busy cleaning his house after water and mud entered his home," he said.

Razali Sulong, a 52-year-old flood evacuee in Pahang state said he had sought shelter at a school along with his wife and five children.

"Floods are an annual affair for us but this time the water rose very fast.

"We have been staying for two days at the evacuation centre where food and blankets were provided," he said.

Mr Sulong said the family was preparing to return home as flood water has receded but knew that from past experiences there would be at least two more rounds of flash floods before the monsoon season ends. 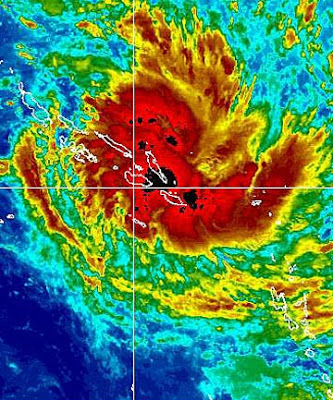 Tropical Cyclone Freda is intensifying as it passes close to the south of Solomon Islands.

The country's National Emergency Operations Centre has issued warnings to prepare for possible flooding and damage caused by the cyclone, which is still category one on a five-category scale.

Posted by seemorerocks at 09:22