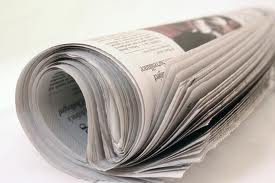 Fairfax Media, which publishes the Dominion Post, Press and Sunday Star Times newspapers, slashed the value of its New Zealand mastheads by more than 80 percent in a group-wide writedown of its traditional publishing assets.

The New Zealand holding company, Fairfax New Zealand Holdings, valued its local newspaper titles at $175.2 million as at June 30, down from $950.1 million a year earlier, according to financial statements lodged with Companies Office. Value is allocated to the mastheads based on how much a company expects to recover from the asset, and is reviewed annually.

The bulk of the remaining value in its titles is in the North Island publications such as the DomPost and Waikato Times, valued at $112.5 million, compared to $564.1 million in 2011. The South Island publications, including the Press and the Nelson Mail, were written down to $54.9 million as at June 30 from $343.2 million, while national publications such as the Sunday Star Times and Cuisine magazine, were valued at $7.7 million from $42.8 million.


The wider Fairfax group took a A$2.8 billion impairment on its goodwill and mastheads in the 2012 financial year as it reassessed the value of its traditional media assets and attempts to reform itself into a nimble, digital-based company.

Part of that strategy has been for Fairfax to sell out of online auction site Trade Me in three tranches in the past year, generating some $1.72 billion in cash which it's used to pay down debt and buy technology investment firm Netus. Trade Me's goodwill was valued at $729.7 million as at June 30.

In August, the Australian parent said its New Zealand media assets reported a 6.8 percent fall in advertising revenue to $300.8 million and a 5.6 percent drop in circulation sales to $129.1 million. Earnings before interest, tax, depreciation and amortisation dropped 9.9 percent to $78.1 million.

The ASX-listed Fairfax shares rose 1 percent to 48.5 Australian cents today, having shed 35 percent this year. The stock is rated an average 'hold' based on 13 analyst recommendations compiled by Reuters, with a median target price of 50 Australian cents.

The media group's market capitalisation value of A$1.13 billion is almost half the enterprise value of $2.23 billion in the Reuters consensus.