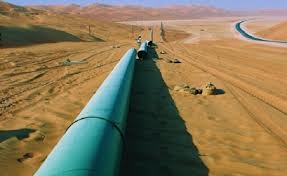 
The fresh attack, the sixth of its kind since last month, hit the pipeline in Habab Valley of the northeast province of Marib, which oil engineers had repaired earlier in the day after a tribal mediation ended a seven-week conflict between the local military authorities and the tribesmen.


"The attack hit the same section of the oil line in Habab Valley, just a few hours after the engineering team fixed the damage of the previous attacks on Friday morning," the official said.


Earlier in the day, the same security source told Xinhua that a tribal mediation had succeeded after an army offensive earlier this week, but he declined to provide further details on the reached agreement.


The repeated sabotages promoted the army to launch a massive offensive on Tuesday against the suspected tribal saboteurs, leaving at least 10 tribesmen killed and more than 15 others injured.


The pipeline, which carries about 110,000 barrels of crude oil a day to the country's main oil terminal on the Red Sea for export, was attacked on November 11. The line then was damaged in a series of attacks during the past seven weeks by suspected tribal saboteurs.


The cash-stripped Yemeni interim government depends on oil exports for up to 70 percent of its budget.


Saudi Arabia Boosts Spending Goal by Fifth in Record Budget
Saudi Arabia raised its 2013 expenditure target by almost a fifth to a record 820 billion riyals ($219 billion) as the world’s biggest oil exporter pushes ahead with expansion plans to diversify away from oil.


The government expects 2013 revenue of 829 billion riyals, giving it a surplus of 9 billion riyals, the Finance Ministry said in a statement on its website today. The kingdom posted revenue of 1.24 trillion riyals in 2012 as the price of Brent crude held above $100 a barrel for a second year. Expenditure came in at 853 billion riyals, exceeding the 690 billion-riyal budget target announced a year ago, ministry data show.

King Abdullah pledged more than $500 billion on social welfare and to build projects to ensure that the country remains unscathed by the kind of political unrest that swept through other Arab countries in the past two years. He is using oil money to fight high unemployment -- about a quarter of Saudis between 20 and 30 don’t have jobs -- and to build schools and hospitals. The budget has more than doubled in size since 2006.

The nation’s $727 billion economy grew 6.8 percent in 2012, including expansion of 7.2 percent for non-oil industries, the Finance Ministry said. That beat the 5.6 percent median estimate of 16 analysts compiled by Bloomberg. The oil sector grew 5.5 percent, it said. Saudi Arabia, whose economy expanded 7.1 percent in 2011, derives about 90 percent of revenue from oil sales.

The biggest proportion of spending will go toward education, with the allocation gaining 21 percent to 204 billion riyals, the ministry said. This includes 3.9 billion riyals to build 539 new schools in the country of about 28 million, the most-populous in the Gulf Cooperation Council.

“The budget will focus very much on social infrastructure, as well as wider physical infrastructure,” Monica Malik, Dubai- based chief economist of EFG-Hermes, said by phone. “A further focus of the government is to create job opportunities for its nationals.”

Saudi Arabia is able to finance its growing budget via oil sales, which helped the nation’s central bank boost its net foreign assets by 21 percent in the year to October to 2.35 trillion riyals. Total exports from the kingdom advanced 9 percent this year to $396 billion, about 88 percent of which was from oil, ministry data show.

The government uses conservative crude price estimates when planning its budget. This year it needed oil at around $75 a barrel to break even, according to Fahad al-Turki, senior economist at Jadwa Investment Co.

Earlier this month, Saudi Petroleum Minister Ali al-Naimi said the kingdom was content with current oil prices. Brent crude futures traded at $107 when he spoke in Doha. They declined 0.2 percent to $110.62 a barrel on the London-based ICE Futures Europe exchange on Dec. 28.

After popular uprisings toppled leaders in Tunisia, Libya and Egypt in 2011 and sparked a civil war in Syria, King Abdullah promised to spend $130 billion on extra subsidies for housing and benefits. The government has allocated 100 billion riyals for the coming year on health care, including building 19 hospitals and five so-called medical cities.

The budget also sets aside 36 billion riyals for municipal services, including new roads, bridges and public transportation projects in Mecca and Riyadh, the ministry said. It increased by 16 percent to 65 billion riyals projected spending on infrastructure and transportation.

The kingdom’s public sector debt fell to 98.8 billion riyals, or 3.6 percent of projected gross domestic product, this year, from 135.5 billion riyals a year ago, the ministry said.

Saudi Arabia’s stock exchange, the Arab world’s biggest, has advanced 7.2 percent this year after declining 3.1 percent in 2011. The gauge rose the most in a week today on expectations the record budget will support economic growth.

“The market will react if there is an above-expectation indication that money will keep flowing into the system,” Asim Bukhtiar, senior analyst at Riyad Capital, said by phone. “The idea is about putting more disposable income with the end consumer and giving projects to businesses.”
Posted by seemorerocks at 17:18