China on Alert After Japan Scrambles Jets over E. China Sea
China says it is on alert after Japan dispatched fighter jets over the East China Sea. 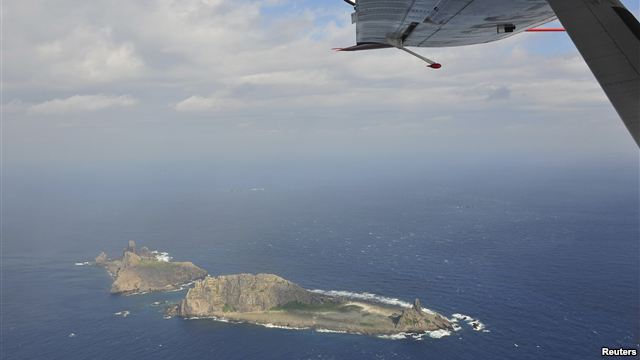 "As far as I know, China's marine surveillance plane you mentioned has been conducting routine patrols in airspace over the East China Sea," Hua said. "The Chinese side is highly concerned with and alert to Japan sending the air self-defense force jets."

Japanese defense officials say the Y-12 propeller plane from China's State Oceanic Administration was spotted about 100 kilometers north of the uninhabited islands, known in Japan as Senkaku and in China as Diaoyu. After Japan scrambled fighter jets, the plane left the area.

​​The islands have been a source of major tension between the two Asian powers.

Earlier this month, China and Japan engaged in a diplomatic dispute after a Chinese government plane flew near the contested islands.

Japan also described the incident as the first-ever "intrusion" by a Chinese plane into what Japan considers its airspace. Chine said
Posted by seemorerocks at 12:15