Ghana: Fuel shortage hits Accra
Acute fuel shortage has hit major cities in the country with drivers and other users of petroleum products hopping from one fuel station to the other in search of the commodity. 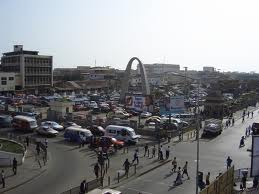 
Today can confirm that the shortage emanates from the inability of the Mahama-led National Democratic Congress (NDC) to streamline the importation of crude oil and refined products from the world market.

It is therefore expected that the Mahama administration would also increase fuel prices soon as the intensity of the shortage can lead to a major crisis in the country within the next ten days, Today gathered.

As of press time yesterday, a visit by Today news team to some fuel stations in Accra, Kumasi, Takoradi, Tema, Tamale, and Koforidua revealed an inscription of No Fuel.

The No Fuel inscription which indicated that the fuel stations had run out of fuel products was boldly embossed on a small board to draw the attention of motorists of the shortage.

In Accra in particular, our team observed long-winding vehicular queues at fuel stations along the Kwame Nkrumah Circle to the Achimota stretch of the Accra-Nsawam Highway.

Frustrated drivers who spoke to this paper confirmed that they had been to three or more fuel filling stations in the metropolis but could not get fuel buy.

“We know that people are creating artificial shortage so as to encourage panic-buying, so that in case the price is increased, they would benefit immensely…,” an angry driver complained.

They therefore appealed to the government to take measures to stock more fuel to avoid the inconveniences people are facing now.

The initial reaction to the recent increases in the price of petroleum products seems to be muffled, as Ghanaians appear to accept the increases as a necessary evil.

The shortage, Today estimates, would be severe with an expected re-enactment of the phenomenon of Ghanaians carrying along gallons in search of petroleum products.

The situation, the paper can predict, would lead in an increase in the price of basic commodities in the country. The World Bank recently pressured the then Mills-led NDC administration to abolish subsidies on petroleum products in the country.

If the Mahama-led NDC administration caves to similar pressure, prices may increase even more.

To help address this problem, the 2012 flag bearer of the Progressive people’s Party (PPP,) Dr. Papa Kwesi Nduom, has been advocating for the creation of a petro-chemicals industry in Ghana.

In the run-up to the 2012 polls, Dr. Nduom stressed the PPP’s commitment to build a petro-chemicals industry to refine Ghanaian and internationally sourced crude would increase the supply of Petrol and other consumer products in Ghana.

Dr. Nduom explained that has been done successfully in countries such as South Korea and would lead to lower prices for Ghanaian consumers.


Gas shortage exposes Pakistan's energy crisis
It has become a familiar sight across Pakistan in recent weeks: Long lines of cars and minibuses snaking for hundreds of yards as their frustrated drivers wait to fill up their tanks with natural gas. 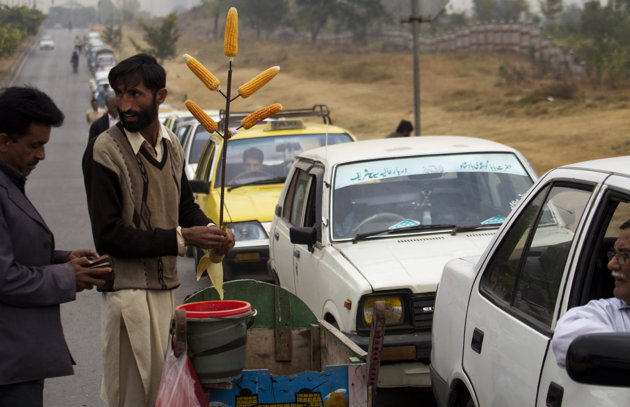 
The reason for the long lines is a pricing dispute involving the government and the Supreme Court that has caused many station owners to shut down their gas supply.

The crisis is a symptom of a much larger problem destined to cause drivers even greater pain in the future: Pakistan's demand for natural gas, and other forms of energy, is quickly outstripping supply.

"We have this problem that is growing bigger and bigger every year," said Khurram Husain, a Pakistani business journalist who's been following the natural gas crisis closely. "Each of the big consumers of natural gas is now vying with each other."

The government of former President Pervez Musharraf began promoting the use of compressed natural gas, or CNG, in private vehicles nearly a decade ago. The idea was to reduce the money the government spent on buying oil internationally and instead rely on Pakistan's domestic natural gas reserves.

So the previous government kept the price of CNG low, promoted the importation of equipment for cars to run on natural gas and rapidly gave out licenses to open stations. The use of CNG has an added benefit of being less polluting, since it tends to burn cleaner than gasoline.

Unfortunately for the current government, the policy was incredibly successful — and is unsustainable. Pakistan has 3.5 million private vehicles running on CNG, more than 80 percent of vehicles in the country and more than any other country in the world. But Pakistan's gas supplies can't support this demand while also feeding power plants, fertilizer companies and other businesses that rely on the fuel.

So officials are now grappling with the painful task of trying to reverse the policy, trying to wean cars back onto gasoline to redirect the limited supplies of natural gas to other sectors where they believe it will be more productive — power plants, for example. Pakistan already suffers widespread power outages in the summer in part because power plants don't have enough fuel to run.

And Pakistan's limited supplies are running out. According to the Minister of Petroleum, Asim Hussain, the country's two largest natural gas fields are expected to run dry by 2022. Officials are trying to draw international companies into developing the other fields in part by offering better terms than they have in the past when the government kept natural gas prices low.

Pakistan has been in talks with neighboring Iran to import natural gas through a pipeline that the Iranians are building on their side. But that plan has run into opposition from the U.S., which wants to keep pressure on Iran because of the country's nuclear program. Pakistan lacks the infrastructure to increase imports of natural gas.

Pakistan's energy consumption in general has grown 80 percent over the last 15 years, according to the Pakistan Institute for Petroleum. A big part of the energy crisis is dealing with massive inefficiencies in the system, such as huge numbers of customers who don't pay their bills and widespread theft and losses due to inefficiencies across the energy grid.

The latest crisis sprung up in October when the Supreme Court examined the pricing structure of gasoline and CNG and essentially determined station owners were making too much money. State regulators then drastically dropped the maximum price at which CNG station owners could sell their product.

As a result, at least 1,800 of the country's 3,395 CNG stations closed because they were unable to operate, said the chairman of the All Pakistan CNG Association, Ghayas Paracha. He said the government closed at least 800 more for various reasons such as not paying their bills.

That's when the long lines and frustration began.

School bus driver Feroz Ahmad in the southern port city of Karachi said he waits in line for CNG for up to four hours each time he goes to the pump. His minibus can also run on gasoline but that would be more expensive.

"I can't afford petrol because of the high price. I would have to increase the pickup and drop-off charges" for the children he takes to and from school, he said.

Before the recent price change, CNG cost about 30 percent less than gasoline.

Before that, CNG was even cheaper in comparison, but the government had managed to bring CNG prices up bit by bit to wean consumers off it through a variety of means, including raising surcharges on station owners.

"We are the 27th largest producer of gas in the world, and we are number one in CNG cars. So either those 26 countries are mad or our policies are bad. And I think it is the latter," said Hussain, the petroleum minister, in an interview with The Associated Press. "We have wasted our gas, basically."

The CNG station owners have built up an infrastructure that spans the country and are fighting back. Paracha, the head of the CNG association, said if all the vehicles on the road started using gasoline instead of natural gas, there would be a huge increase in pollution, and it would be extremely expensive to import all the fuel.

"This will have a very, very bad impact on the economy," he said.

Most other countries that use natural gas for private vehicles have an abundance of natural gas, said Leslie Palti-Guzman, an energy analyst at the Eurasia Group.

Other countries tend to use it more for things like fleets of buses or taxis, Palti-Guzman said. Then they can reap the environmental benefits of using natural gas, which tends to burn cleaner than oil or coal, without having to build an entire network of CNG stations around the country.

But getting Pakistani drivers to use more expensive gasoline is politically difficult, especially with an election coming up soon.

Ask anyone in the lines in Pakistan's largest cities who is to blame for the current crisis and the list is extensive: the CNG station owners for allegedly gouging customers, the government for failing to keep prices in check, even the Supreme Court for failing to find a suitable compromise.

"I really don't know what's wrong with the gas supply," said Nayaz Khatak, a government worker in Islamabad waiting to fill up his car. "There is no shortage as such."
Posted by seemorerocks at 16:41