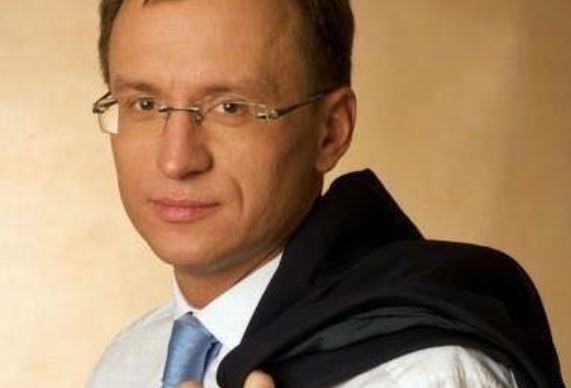 Vyacheslav Ivanov  is a CFO of Rosatom, Russia's nuclear energy company. He is alleged to have been involved in Hillary Clinton's Uranium One deal with Russia back in 2009 under Barack Obama.
This name appears on the list of the deceased in today's An- 148 air crash in Moscow. Reports are yet to be confirmed whether or not it is the same person. 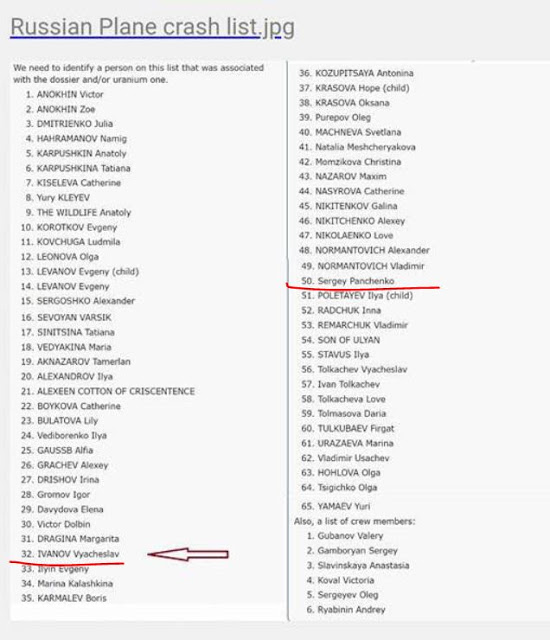 Similarly, Business Insider reports that Sergei Millian is a Belarus-born businessman who has worked with the Trump Organization and was reportedly a key source in the explosive Dossier alleging tiesbetween President Donald Trump and Russia.
Glenn Simpson, who co-founded the opposition research firm "Fusion GPS", told lawmakers that a trip which the Trump Organization representatives took to Moscow several years ago had come onto the firm's radar as part of their research into Trump's business history.
This trip was organized by Sergei Millian, Simpson said. "Millian came up in connection with "Chris' " work as one of the people around Trump who had a Russian background." Chris is a reference to Christopher Steele, the former British intelligence officer hired by Fusion to research Trump's Russia ties. He goes by another name - that name is Sergey Panchenko. It is also listed in the list of deceased passengers in today's Russian plane crash that has killed 71 people.
The allegations are being updated.
Posted by seemorerocks at 17:17