Worst storm in over a century hits Spain

Worst storm in over a

A slow-moving storm system pummelled a massive area of Spain, spawning floods, hails, thunderstorms, and tornadoes on September 12, 2019. Torrential rains put Costa Blanca around Benidorm and Alicante under red weather alert and killed two in Valencia region. The storm was described as the worst in more than a century.

​Violent weather prompted Spain to brace for further widespread destruction as rains across the southern area were recorded the worst since 1917. 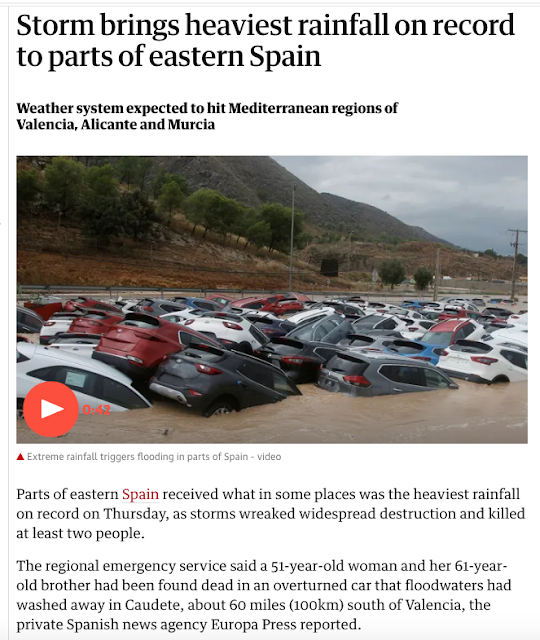