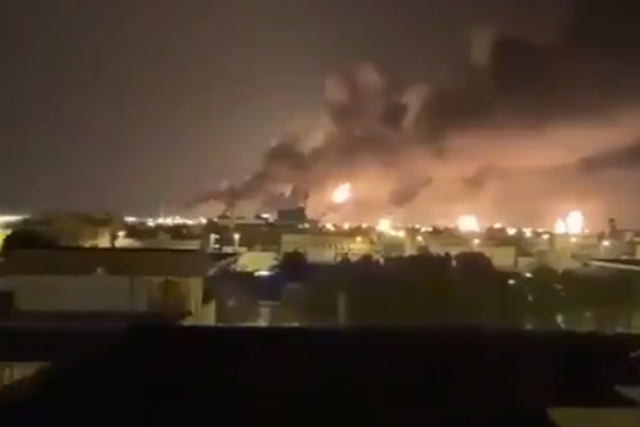 Video of the scene appears below.  This is a fast-developing, global story.  Additional info coming in rapidly and updates will appear below.

Please check back for details . . .

On August 17, 2019, the Ansar Allah group (Houthis) announced that they  had carried out the "largest operation" since the beginning of the military campaign of the Saudi-led coalition in Yemen, and targeted an oil field and a refinery belonging to Aramco in the eastern region of the Kingdom.  It is widely expected that those same Iranian-backed Houthis have committed today's attack.


Saudi Arabia has been leading a military alliance to support Yemen President Hadi's forces to restore the country's rule since March 26, 2015, against the Houthis who control the capital Sanaa.

To date, the bloody conflict in Yemen has led to the displacement of hundreds of thousands of people from their homes, cities and villages, the spread of infectious and famine diseases in some areas, and significant destruction of the country's infrastructure.

It also resulted, according to statistics of UN bodies and organizations, killing and injuring hundreds of thousands of civilians, as well as the deterioration of the humanitarian situation and the spread of diseases and epidemics, especially cholera, and the decline in the size of cash reserves.

The location of today's attack can be seen on the regional map below: 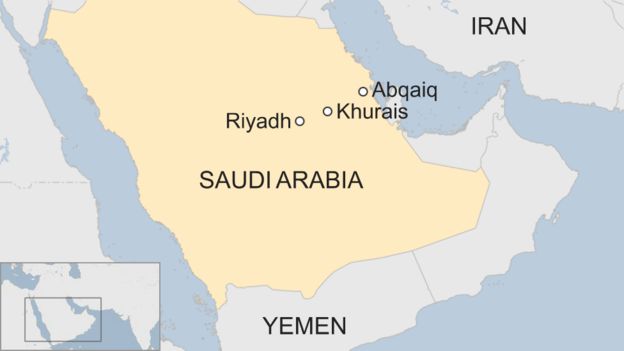 Oil prices expected to skyrocket when markets open on Sunday. 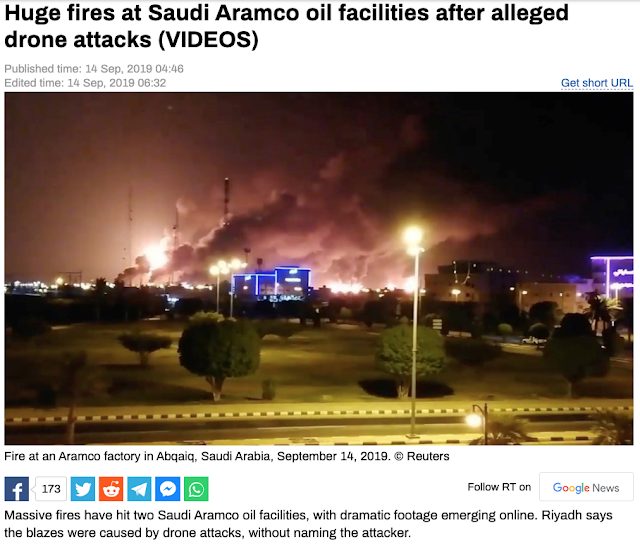 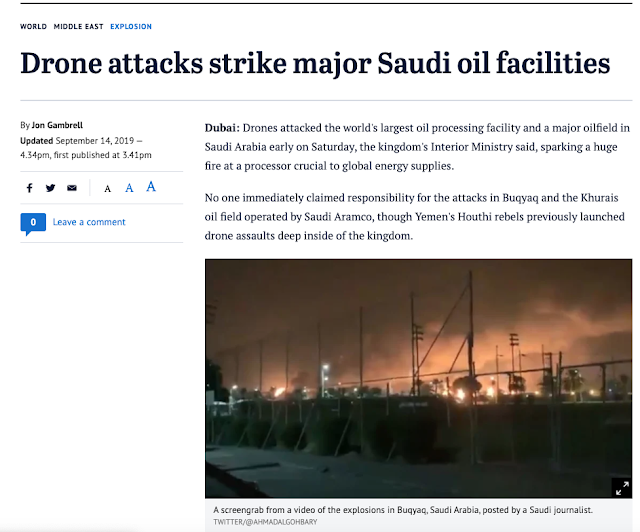 https://www.smh.com.au/world/middle-east/drone-attacks-strike-major-saudi-oil-facilities-20190914-p52rb2.html
Posted by seemorerocks at 19:44