Who is in Charge? Netanyahu Grabs West Bank and Trump Boots Bolton

Today on TruNews we discuss the sudden sayonara of Ambassador “Bomb-em” Bolton from President Trump’s cabinet, and we detail the possible causes, including the collapsed Camp David negotiations with the Taliban, or the surprise promise by the Israeli Prime Minister to annex the West Bank upon re-election.


Here are the main headlines

VOWS TO ANNEX MUCH OF

He’s Asking The Israeli Voters To Give His Likud Party A Mandate In Next Week’s Knesset Elections. 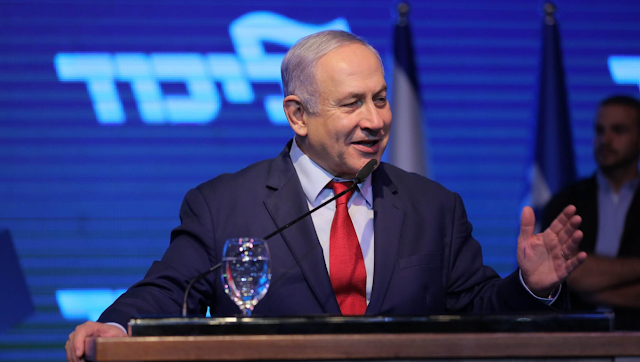 For months, TruNews has been telling you “the fix was in” for the “Deal of the Century” Middle East peace plan set to be unveiled later this month.

It looks like Israeli Prime Minister Benjamin Netanyahu has confirmed it with his latest ploy to stay in power beyond next week’s Knesset election. In what was billed as a “dramatic announcement,” the premier said he has a commitment from the U.S. to back his claim of sovereignty over the entire Jordan Valley and all Israeli settlements in the West Bank—if he’s re-elected next week.


Netanyahu’s plan calls for annexing 30 settlements near the Jordan River that have a combined population of roughly 8,000. He added his proposal could be carried out without annexing any Palestinians:


“This will ensure that Judea and Samaria do not become Gaza, and that Kfar Saba, Netanya and Tel Aviv will not become like communities along the border of Gaza.”

A Trump administration official later told the Times of Israel that the prime minister’s pledge did not conflict in any way with the soon-to-be-released Middle East peace plan. The Palestinian Authority Prime Minister Mohammed Shtayyeh blasted Netanyahu as the “chief destroyer of the peace process”:

“If he believes that annexing settlement blocs will bring him more votes in the short term, then he and Israel will be the losers in the long term.”

PA President Mahmoud Abbas announced that his government has decided to stop all work related to agreements already signed with Israel if it extends its sovereignty to the Jordan Valley and the northern Dead Sea.

They Apparently Can’t Even Agree On How His Employment Ended 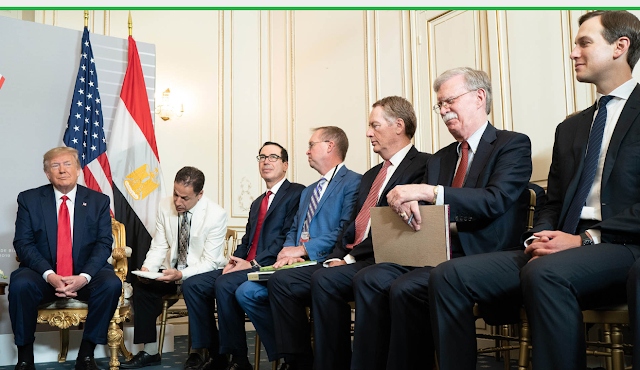 President Donald Trump has fired White House National Security Adviser John Bolton after he disagreed strongly with many of the president’s decisions.

“I informed John Bolton last night that his services are no longer needed at the White House. I disagreed strongly with many of his suggestions, as did others in the Administration, and therefore.

“I asked John for his resignation, which was given to me this morning. I thank John very much for his service. I will be naming a new National Security Advisor next week.”

But it seems their disagreements extended beyond national security matters. A short time after the president put out his tweet, Bolton responded with his own explanation:

“I offered to resign last night and President Trump said, ‘Let’s talk about it tomorrow.’”

Eventually, a copy of Bolton’s shortly worded resignation letter was leaked to the media. The document, dated today and on White House letterhead, did little to prove who was right. However, at this point, it looks like the president’s take on this is the only one that counts.

This past summer, The New Yorker published a profile of Bolton in which a former aide intimated that “deep in his heart” the former ambassador “believes the president is a moron.” The aide, Mark Groombridge, also said:

“John is thinking, 'To the extent I can modify or mollify the President’s actions, I will.’ He is truly a patriot. But I wonder how he goes into work every day.”

At that time, the prevailing argument was that Bolton was such a warmonger and the president was such a peacenik that the former ambassador would have to emasculate himself in order to become national security adviser.