The problem is the same in New Zealand. The sole difference is that no one here will acknowledge it, still less write about it.

The US is the largest producer, but your reserves are not really that impressive. The US still Imports over 7 million barrels a day. You are not a net exporter and you only export your shale oil because you do not have one processing facility that can frack light crude. Do you have any idea what will happen to your economy in 5 days if Iran point half their missiles at Qutar, Saudi Arabia and UAE oil facilities?

Iran has the ability to destroy your way of life for a long time, so before you beat your war drums once again, you better understand the pain you will feel because this time it will be very different. If you really understand prophecy Babylon (they will get drunk on her wine) is in actual fact Saudi Arabia and not the USA. Oils the wine you are drinking, so stop puffing up your chests.


Great pain and suffering is coming your way.”

Attack on Saudi oil facility could cause nightmare situation for Australia

For decades federal politicians have ignored appeals to preserve Australia’s strategic oil reserve. Now we have just three weeks of fuel in the tank.

Australia’s worst nightmare is unfolding in the Middle East. Decades of neglect have left us with just three weeks of fuel in the tank. Now, with attacks on Saudi oil production, rationing is a genuine threat.

Last month, the International Crisis Group issued a stark warning: “A single attack by rocket, drone or limpet mine could set off a military escalation between the US and Iran … that could prove impossible to contain.”

This weekend, just such an attack took place.

Both the White House and Riyadh are refusing to rule out retaliation.
It’s a scenario that leaves Australia out on a limb.

RELATED: ‘Nightmare scenario’ that could push Australia into war

Despite repeated warnings, successive governments have ignored international commitments to maintain a strategic stockpile of oil. Such reserves were designed to help see the country through an economic hiccup, an international incident or severe natural disaster.
Now, we’re facing just such a crisis.

Just one missile attack has choked up to 7 per cent of the world’s oil production. And analysts are already talking of price-spikes of up to $US10 per barrel.

While Saudi Arabia believes it can get one-third of lost production back online this week, the threat to supplies seems suddenly very real.
What if an all-out shooting war erupts? 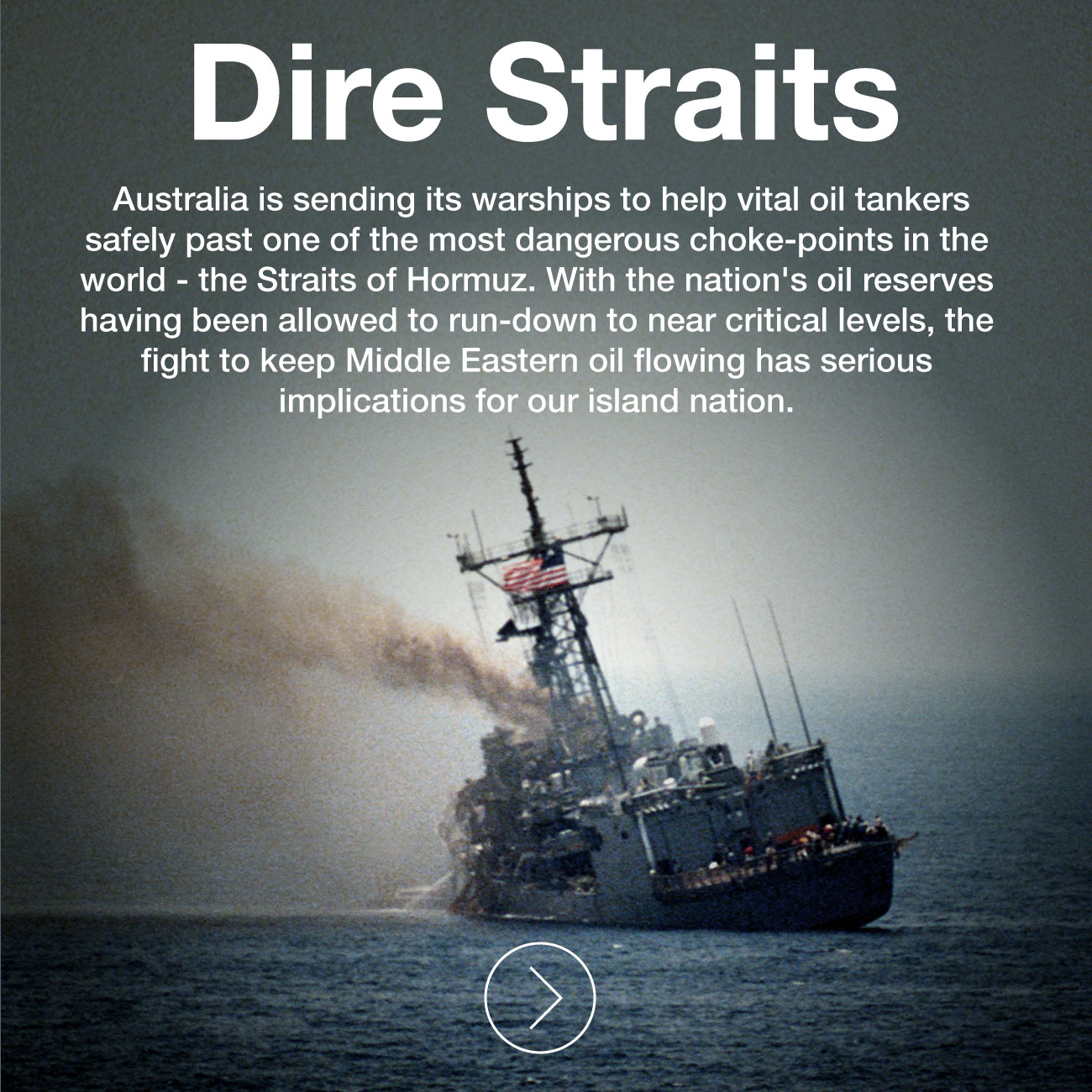 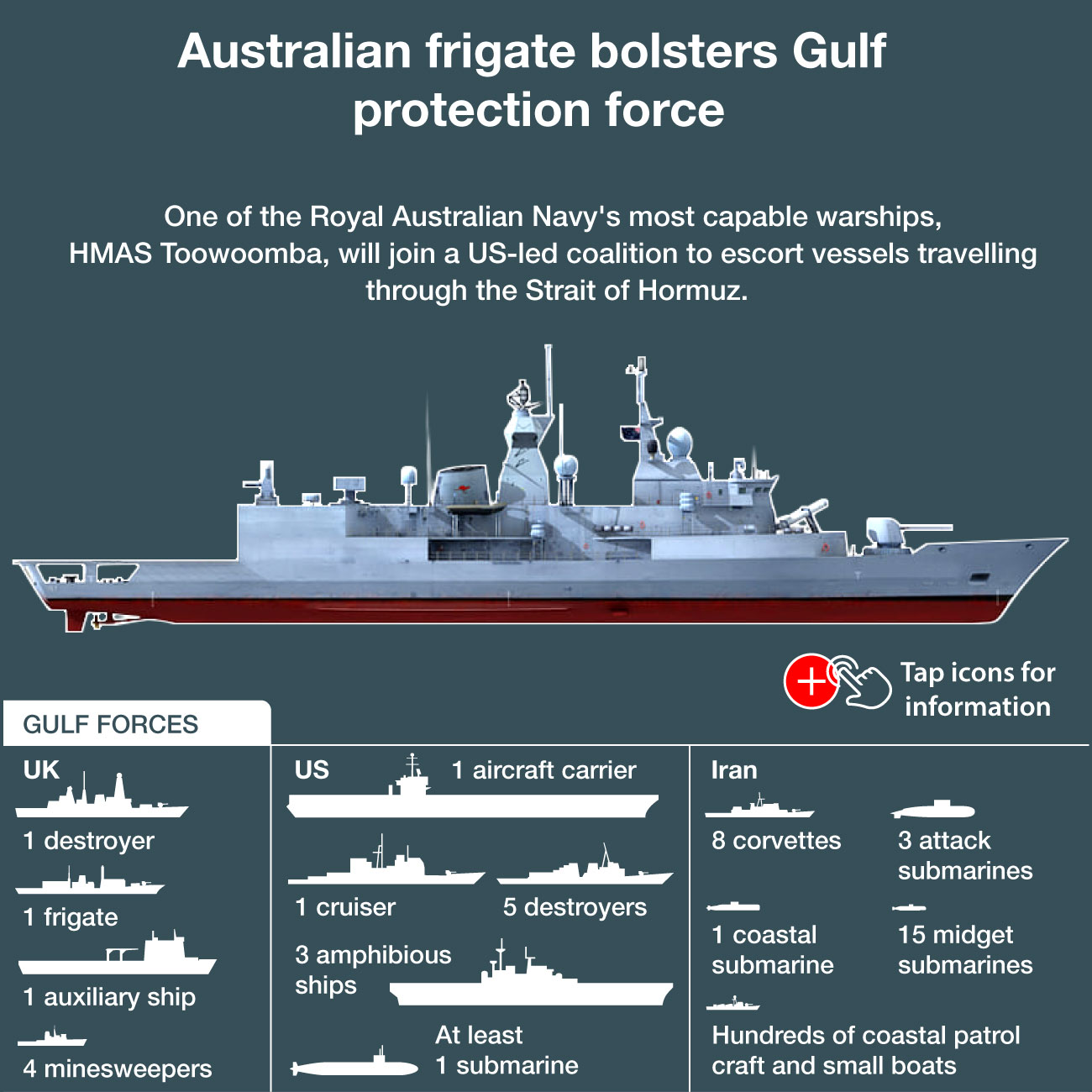 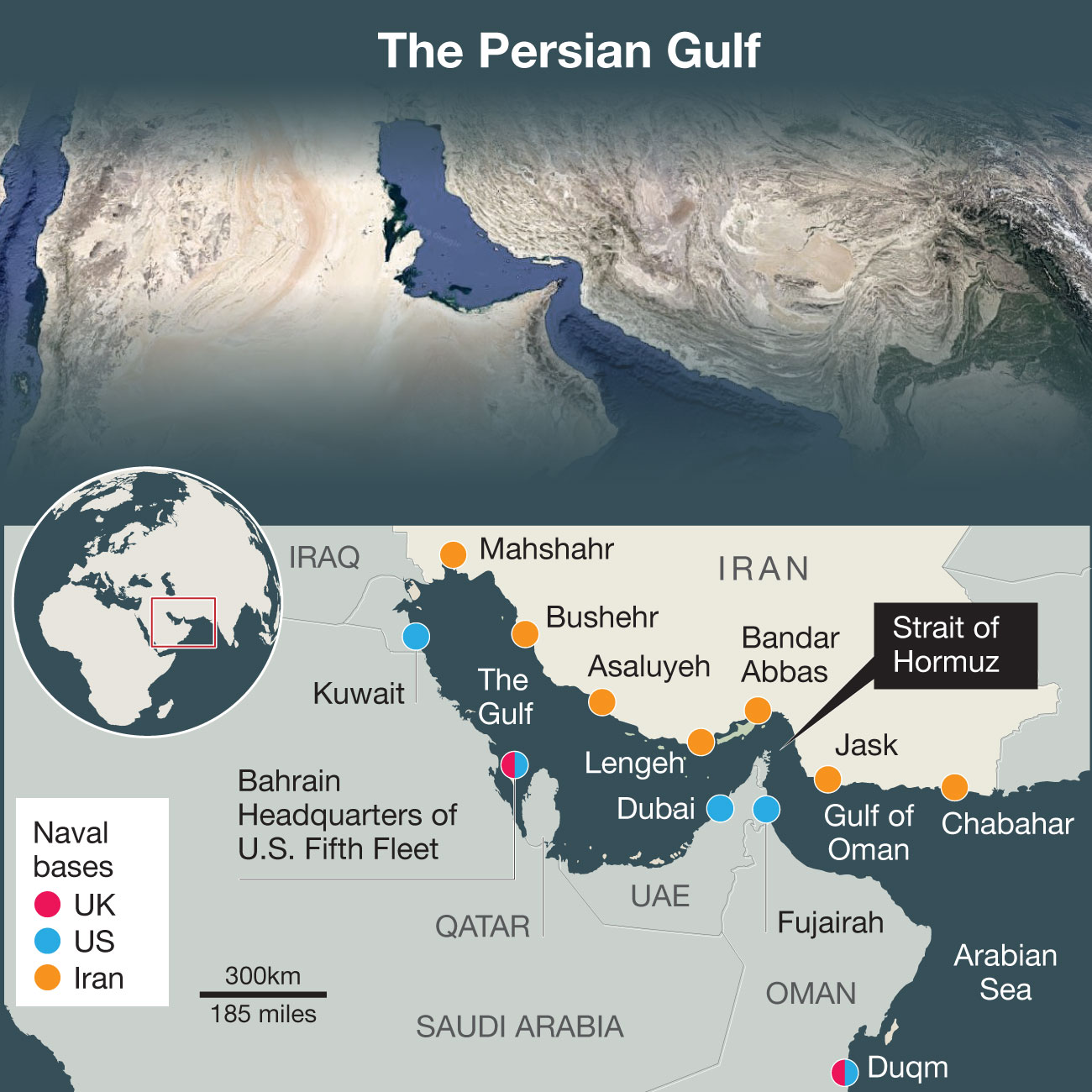 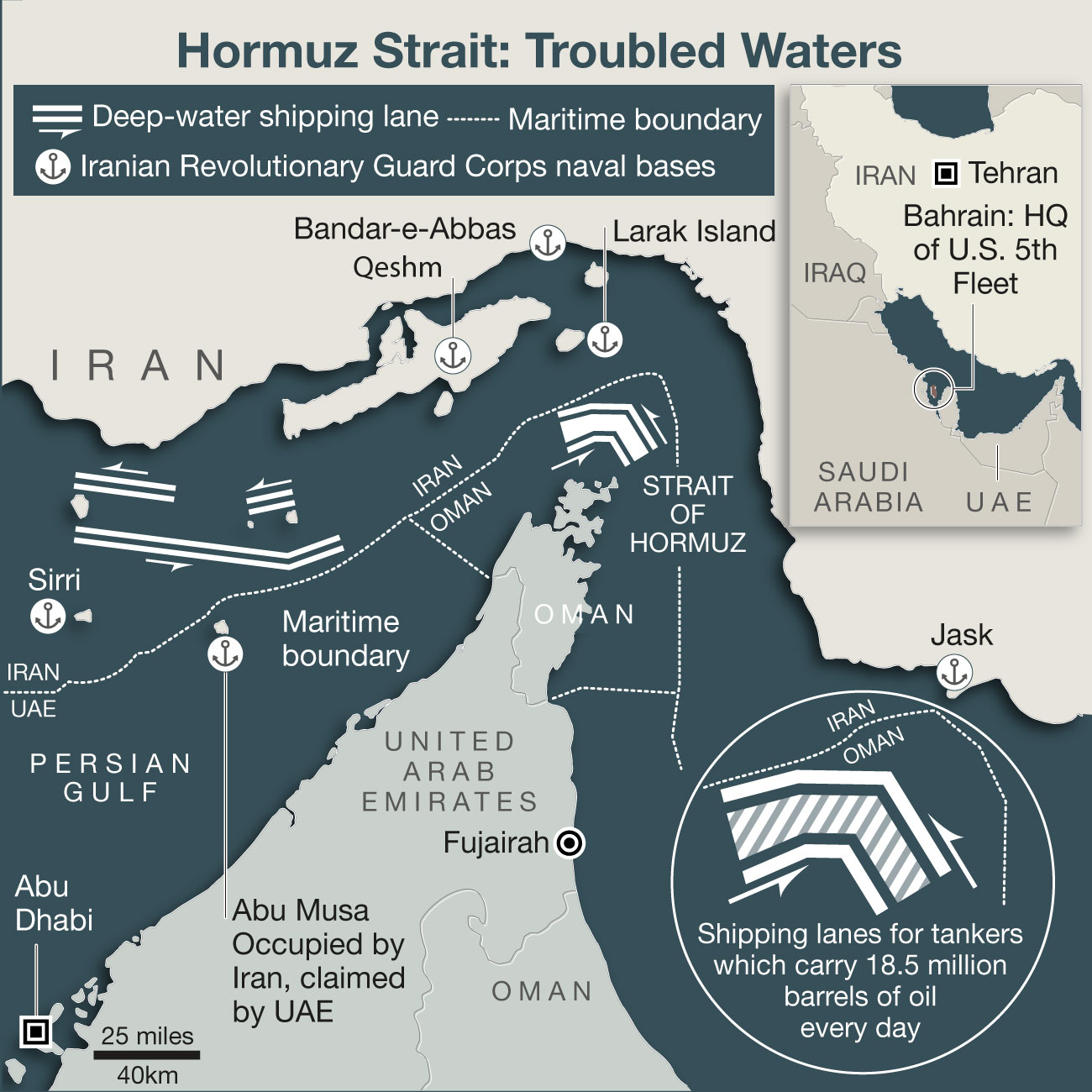 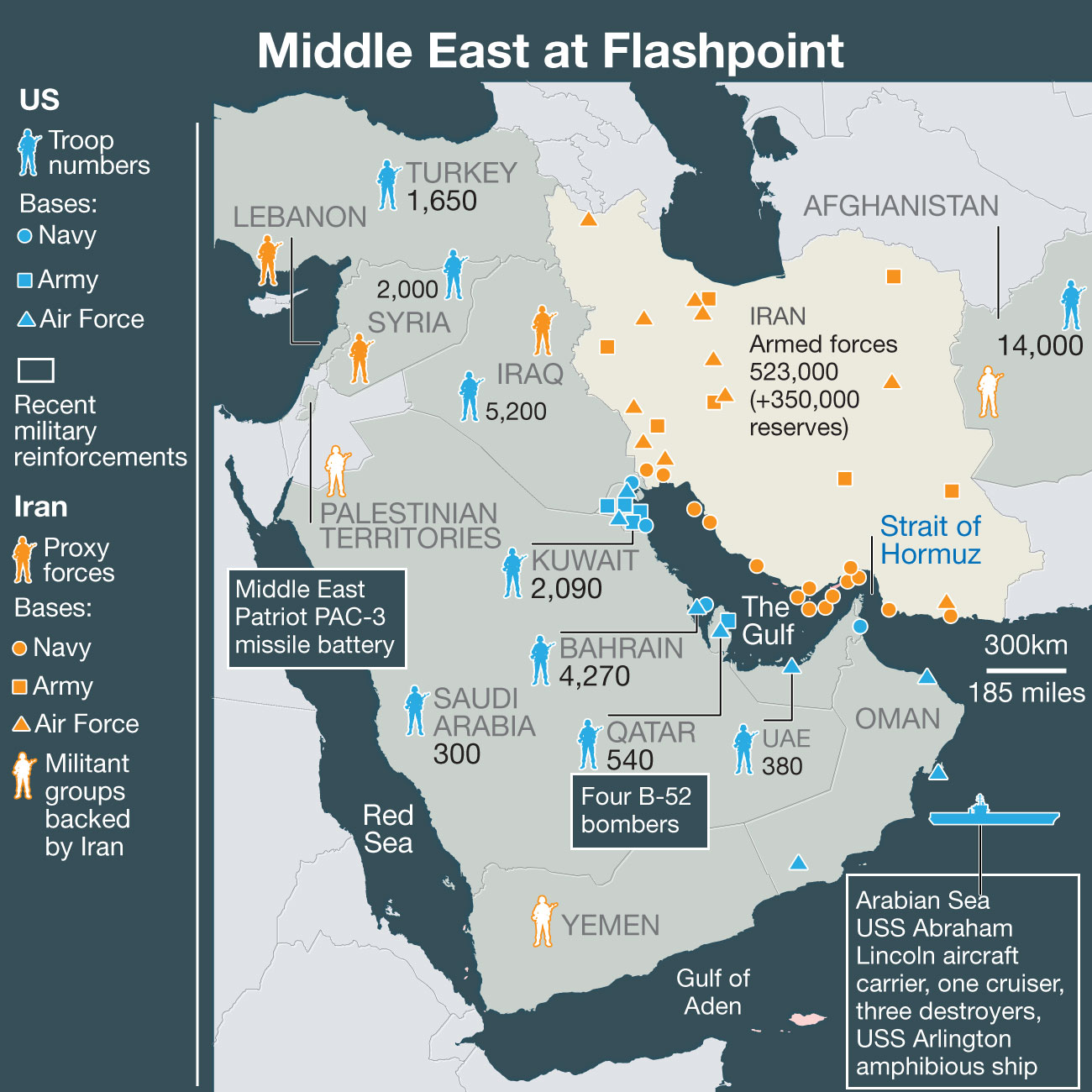 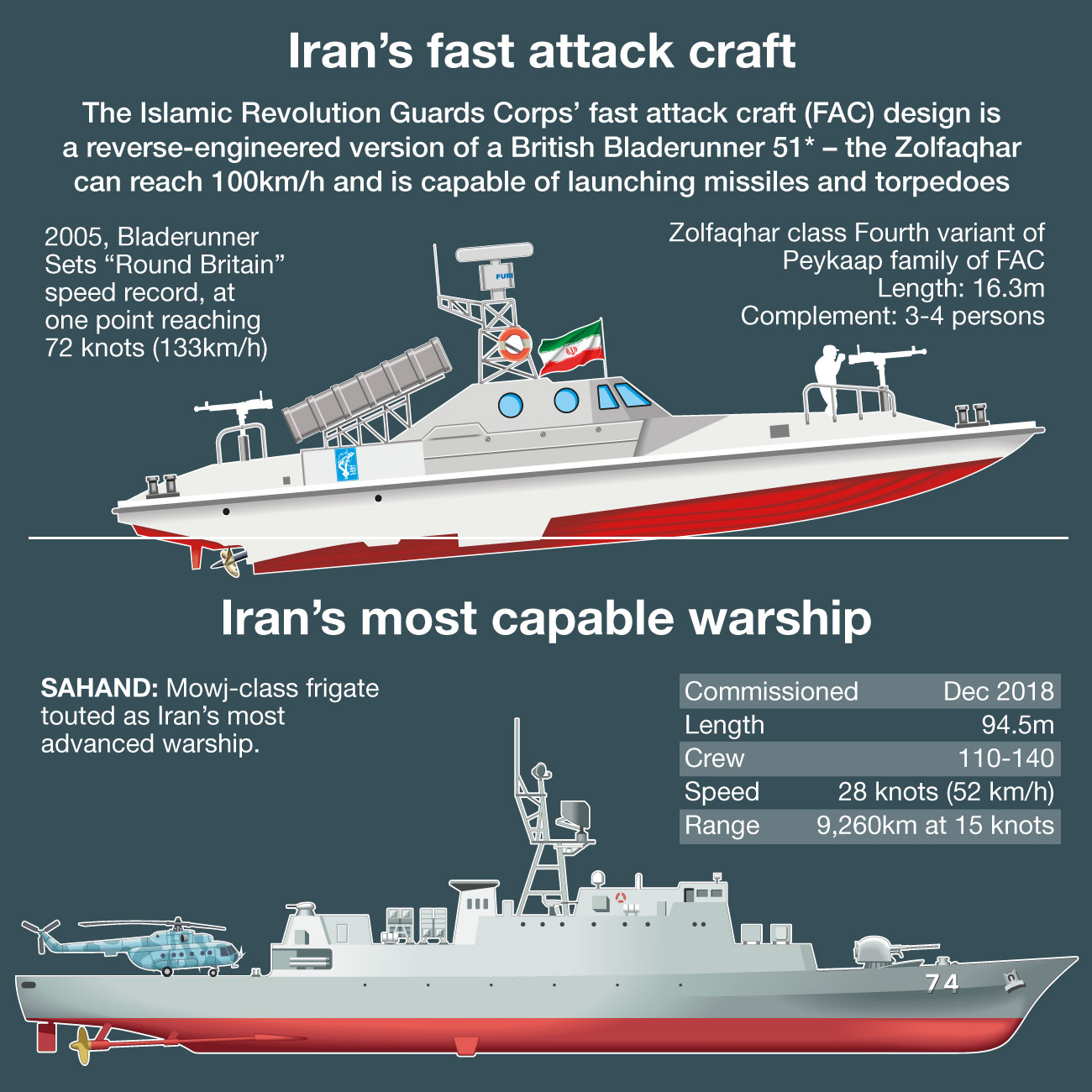 ENERGY SECURITY
Australia’s federal politicians are quick to cry “energy security” when it comes to base-load electricity and coal-fired power plants. But in regards to maintaining a sensible strategic fuel-oil reserve, not so much.

In recent decades, the nation’s neglected oil refineries have been closed and tank farms sold off. In their place rise real estate developments and light industrial parks.

Everything seems fine, so long as the stream of supertankers keeps flowing into our ports.

But a flaring of tensions between the US and Iran earlier this year put that into doubt.

“Fifteen to 16 per cent of crude oil and 25 to 30 per cent of refined oil destined for Australia transits through the Strait of Hormuz. So it’s a potential threat to our economy,” Prime Minister Scott Morrison admitted last month.

Defence Minister Reynolds followed up by declaring: “So we’re doing everything that we can to be a good government and to be prudent, to make sure that we get a continuity of supply.”
And that meant approaching the United States, cap in hand.

“We’ve decided to begin negotiations with the United States to ensure that we have a strategic reserve in place for circumstances that could emerge, for scenarios that are unfavourable to Australia. This is a sensible, low-cost way of going about this,” Mr Taylor said.

So, in return for promises for a share of the US strategic crude hoard, if the need arises, Australia committed a naval frigate and a surveillance aircraft to the Persian Gulf.

That crude will not be kept on Australian soil. Its supply relies on the availability of commercial tankers to ship it here, as Australia has long since sold off all of its own. And it is dependent upon the world of US President Donald Trump.

And his mood towards nations relying on the US for oil security has been … testy.

Australia’s supply of oil relies heavily on its relationship with the US. Picture: Mick Tsikas/AAPSource:AAP
“So why are we protecting the shipping lanes for other countries (many years) for zero compensation,” Mr Trump tweeted in June. “All of these countries should be protecting their own ships on what has always been … a dangerous journey. We don’t even need to be there in that the US has just become (by far) the largest producer of Energy anywhere in the world!”

Now, Australia is facing the most significant disruption in oil flows since the invasion of Kuwait by Iraq in 1990. Then, like now, some four to five million barrels of oil per day was taken out of the system.

The attack on Saudi Arabia’s vital oil infrastructure has turned off the taps for about 5.7 million barrels worth of daily production.

That’s about half the nation’s total production, or between 5 and 7 per cent of worldwide output.

Saudi officials insist they can restore the flow of crude in coming days: but not through the damaged oil facilities. Instead, they’ll open up their inventories and ramp-up production elsewhere.

“It is definitely worse than what we expected in the early hours after the attack, but we are making sure that the market won’t experience any shortages until we’re fully back online,” one Saudi official told media.

But the unspoken fear remains: what of its other facilities, also likely well within reach of a missile attack?
The use of cruise missiles represents a significant escalation of tensions in the Middle East, which has been seen a “proxy war” between Iran, the US and Saudi Arabia being fought out in Syria, Iraq and Yemen.

While the antagonists have been reluctant to square-off face-to-face, that may all be about to change.

The International Energy Agency has issued a statement saying it was in contact with Saudi authorities, primary producers and consumer nations.

“For now, markets are well supplied with ample commercial stocks,” the statement reads. “The IEA is monitoring the situation in Saudi Arabia closely.”

It’s something not seen since the 1970s. But soon the prospect of Australia’s petrol stations being locked up increases with every new incident in the Persian Gulf.

Most of Australia’s fuel comes from refineries in Japan and South Korea.

Both those countries get most of their raw crude oil from the Middle East. And analysts are saying Asian suppliers are likely to be the most disrupted by the weekend attacks.

But any pain Australia’s economy suffers — at least in the short term — is of its own doing.

After the establishment of the International Energy Agency following the mid-1970s oil crisis, Australia signed a commitment to establish an oil buffer. The goal was for member nations to have a reserve to buy themselves time in the event of a crisis.

But Australia has failed to meet that obligation for over a decade.

The head of the Australian Strategic Policy Institute Peter Jennings told ABC radio that the only way to provide a real buffer was to restore our own onshore strategic oil reserves.

That means more than just oil tanks. It also means rebuilding the nation’s ability to refine that oil into usable products.

That would cost billions.

“The government doesn’t want to spend the money,” Mr Jennings says. “But it’s now looking at a strategic situation where fuel shortages could happen very quickly. And we’ve really got to find a way to figure out a plan.”

And he warns against relying upon the US being there for us in our hour of need: “Look, it may help to mitigate the problem to some extent. But, you know, in a crisis situation the Americans will — without doubt — put their own priorities first.”

The United States is insulated from the international fallout of the Saudi attacks through its own oil production industry and vast strategic reserves.

Government officials have already indicated they may release some of their emergency stockpiles to prevent an economically damaging price spike.

It all depends upon US President Donald Trump.

He has the power to authorise an emergency release from its 650 million barrels of stockpiled crude. These are held in heavily guarded underground storage caverns in Texas and Louisiana.

It represents about one month worth of US consumption.

But Energy Secretary Rick Perry “stands ready to deploy resources from the Strategic Petroleum Oil Reserves if necessary to offset any disruptions to oil markets as a result of this act of aggression,” a department statement reads.
Posted by seemorerocks at 20:28