Was the attack on Saudi oil facilities an ISRAELI false flag?

I don't discount this on the grounds that nothing is what it seems.


Ploy designed to push Trump into "mutual defense pact" to save "out of control" Israel from biblical level retribution by not just Iran but Russia, Turkey, Saudi Arabia and the list goes on.... 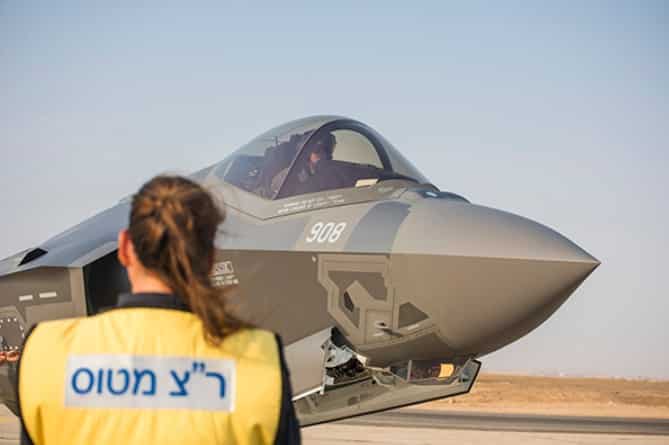 …by Gordon Duff, Senior Editor
We know Saudi Arabia asked Russia, months ago, to sell them an S400 missile system.  This is a certainty.  We also know that Saudi Arabia wanted it because they believed Israel would attack their oil facilities using planes Saudi Arabia can’t see, to blame it on Iran.
That’s also why Trump started talking, 24 hours before, with Israel about a mutual defense pact, one with a borderless state, no constitution, in violation of endless UN resolutions, murdering its own Arab population en masse for nearly 70 years.
We know who did it.  Israel sent F35’s across Saudi Arabia, bombed the vast refinery complex.  Even Iran is afraid to tell the truth as we see in Press TV:
“Tehran has dismissed the US’s claim of Iranian involvement in the recent Yemeni drone attacks on Saudi oil facilities, saying Washington seems to be shifting from a failed campaign of “maximum pressure” to one of “maximum lying” and “deceit” against the Islamic Republic.
Iranian Foreign Minister Mohammad Javad Zarif responded in a tweet on Sunday to US Secretary of State Mike Pompeo’s claim that Tehran had “launched an unprecedented attack on the world’s energy supply” and “is behind nearly 100 attacks on Saudi Arabia.”
Pompeo’s rant came after Yemeni armed forces conducted a large-scale drone operation on Saudi Arabia’s Aramco oil facilities in response to Riyadh’s years-long military aggression, causing a partial halt in crude and gas production from the world’s top oil exporter.
The top US diplomat, however, failed short of offering any evidence to substantiate his claim.”
The key problem hit only days ago when Netanyahu promised to annex part of the West Bank, the Palestinian State, to Israel.  This was a “deal breaker” for both Russia and Saudi Arabia.  We always ask the questions, whether national leaders are compromised.  Look at Trump in “drag” with gay companion Roy Cohn:

It has come down to this.  Was this Bolton’s last hurrah?  Except, we see Pompeo, “Bolton Jr” is still around, part of the “poisonous toad” lobby that surrounds Trump.
But with Trump advocating an American military presence inside not just Israel but the occupied territories as well and the US of American military directly defending Israel from retribution for their attacks on other nations, America couldn’t possibly face a worse disaster.
This is from the Jerusalem Post, not an Arab news source or “the internet.”…Gordon