Not the Russians, not the Chinese - ISRAEL spies on the White House

But They’re Proud Of Their Spying On An ‘Arab Government’.


In the midst of his trip to visit Russian President Vladimir Putin, Israeli Prime Minister Benjamin Netanyahu is desperately trying to tamp down a new scandal—this one involving alleged espionage against the White House. 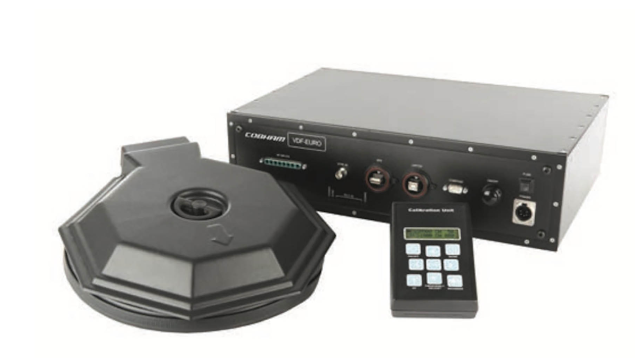 According to a report by POLITICO, which cites three former senior U.S. officials who allegedly have knowledge of the matter, the federal government concluded sometime in the past two years that Israel was most likely behind the use of cellphone surveillance devices found near the White House and other sensitive locations around Washington, D.C. TruNews actually reported on this in April of 2018 (link: https://tinyurl.com/y2vzn6g5) when a bipartisan group of senators demanded that then-Homeland Security Council Secretary Kirstjen Nielsen explain why there had been “so much unusual cellular surveillance” taking place in and around the nation’s capital.


According to the senators, cellphone tower simulators, also known as International Mobile Subscriber Identity catchers or the brand name “StingRay,” are a subject of “legitimate interest” to the American people. At the time, they had already received a briefing in February, but they were insisting the information be made public.


That story broke just days after the April Knesset election in Israel. There’s no indication from the letter that the senators knew Israel was involved in the espionage effort. At the time, the lawmakers’ demand suggested the U.S. government was spying on its own citizens.


The POLITICO report states, in part:


“POLITICO reported in May 2018 that the president often used an insufficiently secured cellphone to communicate with friends and confidants. The New York Times subsequently reported in October 2018 that ‘Chinese spies are often listening” to Trump’s cellphone calls, prompting the president to slam the story as “so incorrect I do not have time here to correct it.’ (A former official said Trump has had his cellphone hardened against intrusion.)


“By then, as part of tests by the federal government, officials at the Department of Homeland Security had already discovered evidence of the surveillance devices around the nation’s capital, but weren’t able to attribute the devices to specific entities. The officials shared their findings with relevant federal agencies, according to a letter a top Department of Homeland Security official, Christopher Krebs, wrote in May 2018 to Sen. Ron Wyden (D-Ore.).


“Based on a detailed forensic analysis, the FBI and other agencies working on the case felt confident that Israeli agents had placed the devices, according to the former officials, several of whom served in top intelligence and national security posts.


“That analysis, one of the former officials said, is typically led by the FBI’s counterintelligence division and involves examining the devices so that they ‘tell you a little about their history, where the parts and pieces come from, how old are they, who had access to them, and that will help get you to what the origins are.’ For these types of investigations, the bureau often leans on the National Security Agency and sometimes the CIA (DHS and the Secret Service played a supporting role in this specific investigation).”


A former senior intelligence official told POLITICO: “It was pretty clear that the Israelis were responsible” for the StingRays. The Israeli Embassy spokesman denied the report, calling it “absolute nonsense” and that Israel doesn’t conduct espionage operations in the U.S. “period.”


Netanyahu, however, also denied the report:


The POLITICO report also noted that it appears there has been no rebuke from the Trump administration, nor any consequences for Israel. But at the same time, it appears Israel is proud of a spy they’ve cultivated within an Arab government.


According to reports in the Israeli media, this spy—codename “Torpedo”—doesn’t know he has been recruited as an asset by Israeli Intelligence Division 504, which handle’s the Jewish state’s espionage efforts in foreign countries. According to an excerpt of a report published by Yediot Aharonot, Torpedo believes he’s working in a civilian capacity, but has unwittingly transmitted information to Israel for the past five years.


The report suggests Torpedo is still an active asset for Israel. 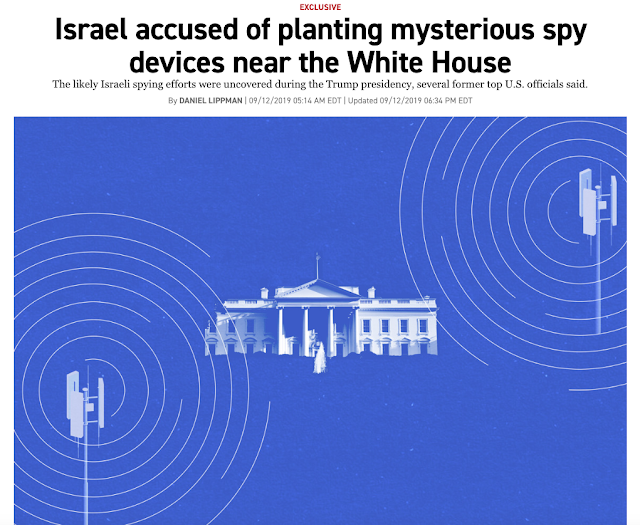 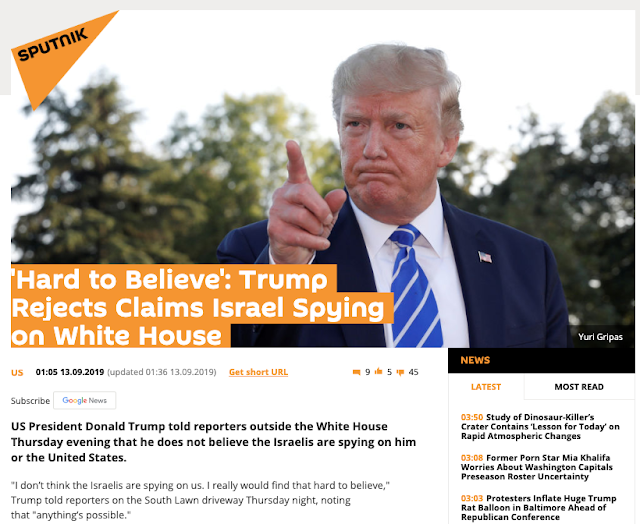 https://sputniknews.com/us/201909131076788348-trump-rejects-claims-that-israel-was-behind-surveillance-devices-found-at-white-house/
Posted by seemorerocks at 13:11