Prime Minister Benjamin Netanyahu Was Rushed Offstage At A Campaign Rally When The Projectiles Began Falling From The Sky. 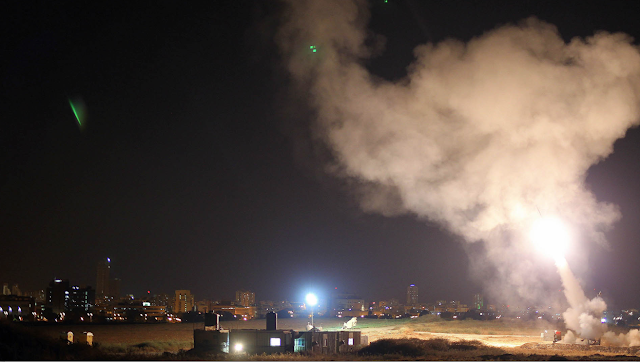 According to reports from Israeli media, the Israel Defense Forces are now preparing a “massive retaliation” against Gaza following the launch of two rockets from the coastal enclave that forced the evacuation of two political rallies.


Prime Minister Benjamin Netanyahu was taking part in a campaign rally in Ashdod when security service personnel rushed the stage and whisked him away. A similar scene unfolded a short time later in Ashkelon involving Blue and White candidate Gaby Ashkenazi.

Netanyahu later returned to the stage to finish his speech. When he returned, he told his supporters:

“If Hamas is shooting at us in a live broadcast, you can understand they don’t want us here. So prepare for another one. We’ll evacuate, and then we’ll return.”

Residents of both cities were told to hunker down for the night in bomb shelters. Towns along the border with the Gaza Strip were told to take the same precautions. The Times of Israel reports its sources indicate Hamas has evacuated its facilities in Gaza in preparation for retaliatory strikes.

Both rockets were intercepted by Israel’s Iron Dome missile defense system and their debris fell on empty ground. No injuries were reported in the attack, although Israeli media reports one person was treated for symptoms similar to “shellshock.”