Disclosure of the existence of UFO's

I do have to ask why this is all coming out NOW, for nothing happens accidentally. What are we being softened up for.

Steven Greer, in his movie "Unacknowledged" states that an "alien invasion"  would be the ultimate false flag.

HAVE BEEN SHOWN TO 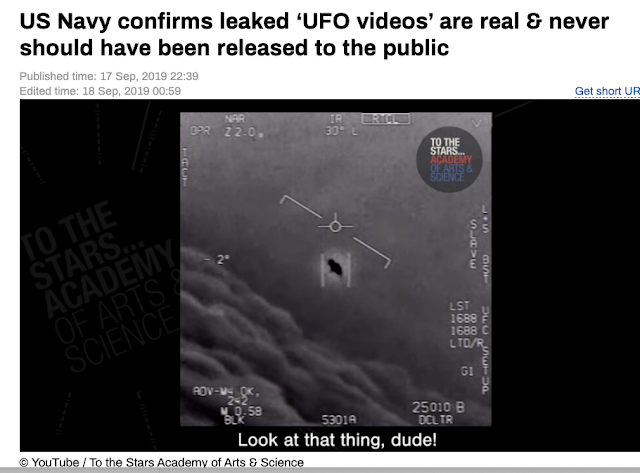 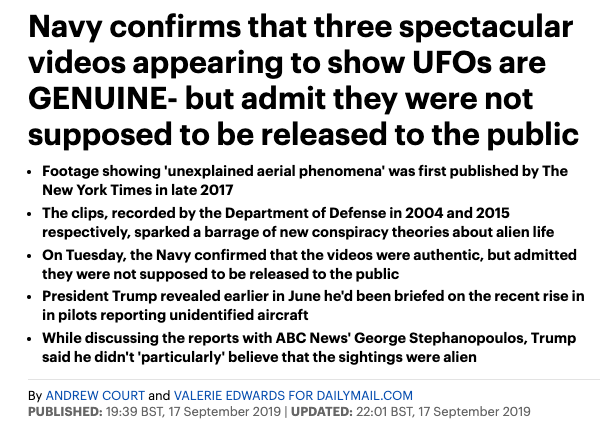 The Navy says spectacular footage released in 2017 that appears to show 'unexplained aerial phenomena' is authentic, but that the footage was never meant to be made public.


The clips were first published by The New York Times in December of that year and were recorded by Department of Defense officials on two separate occasions.
One clip was recorded near San Diego, California back in 2004, while a second video was captured off the coast of Jacksonville, Florida in 2015.
Several months after those videos were published, To The Stars Academy released an additional video from the 2015 incident, which features a navy pilot remarking: 'What the f**k is that thing?'
On Tuesday, the Navy confirmed the authenticity of the videos for the first time.
'The Navy considers the phenomena contained/depicted in those three videos as unidentified,' Navy spokesman Joseph Gradisher told The Black Vault. 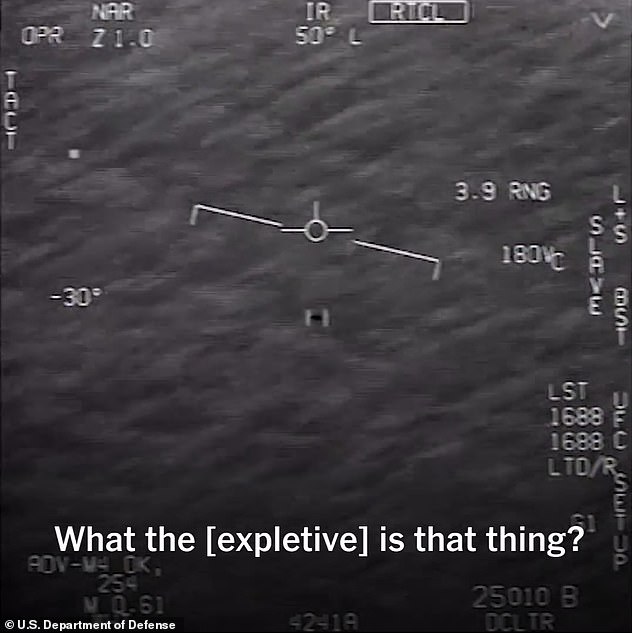 The Navy says spectacular footage released in 2017 that shows 'unexplained aerial phenomena' is authentic. This footage was captured by Navy Pilots off the coast of Florida in 2015 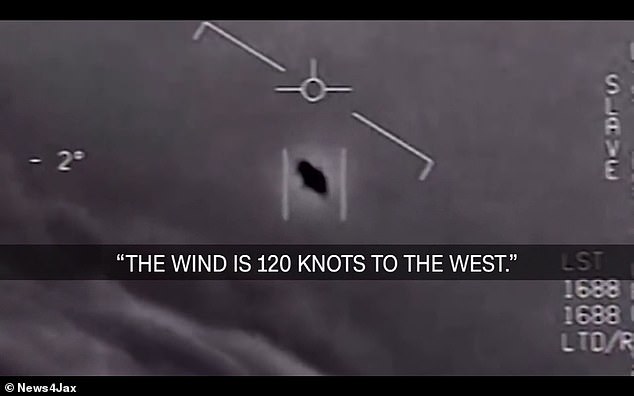 +6
'The Navy considers the phenomena contained/depicted in those three videos as unidentified,' Navy spokesman Joseph Gradisher told The Black Vault
'The Navy has not publicly released characterizations or descriptions, nor released any hypothesis or conclusions, in regard to the objects contained in the referenced videos.'
The Navy prefers to call the objects seen in the videos 'unexplained aerial phenomena' (UAP), as opposed to the more commonly-used 'unidentified flying object' (UFO).
Though the videos are unclassified, they were never cleared for release, according The Black Vault.
Back in June, US senators were reportedly briefed by the Pentagon about recent reports of UFO sightings by Navy pilots.
One of those senators was Mark Warner (D-Va.), the vice chairman of the Senate Intelligence Committee, whose spokesperson said: 'If naval pilots are running into unexplained interference in the air, that's a safety concern Senator Warner believes we need to get to the bottom of,' Politico reported.
The briefing was delivered by the Navy and included staff from the Under Secretary of Defense for Intelligence, it was also reported.
It is understood that such briefings have been on the rise since it was revealed that the Pentagon's secretive Aerospace Threat Identification Program continues to investigate reported sightings of unknown aircraft. 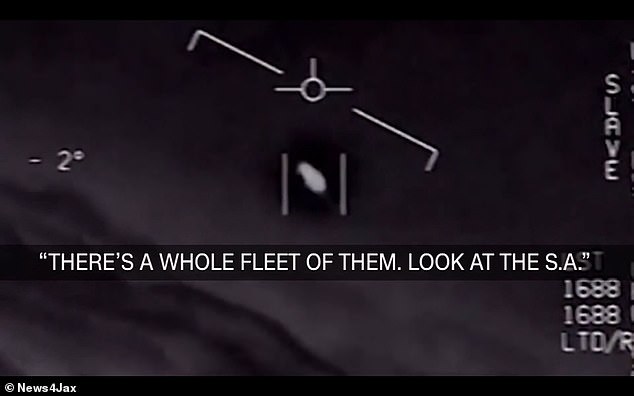 +6
The Navy prefers to call the objects seen in the videos 'unexplained aerial phenomena' (UAP), as opposed to the more common 'unidentified flying object' (UFO)
Members of Congress and their staffers of the Armed Service and Defense Appropriations committees were also briefed, with more meetings expected to follow.
Ed Booth, an aviation expert for News4Jax, studied the 2015 footage and said Navy pilots are highly trained to report these sightings.
'What this object is that shows up in this video remains to be seen,' Booth said. 'It's very interesting. It's certainly moving in ways atmospheric aircraft are not capable of moving.'
President Trump, while discussing the UFO reports with ABC News' George Stephanopoulos on June 16 said he had been briefed on the recent rise in U.S. Navy pilots reporting unidentified aircraft.
Stephanopoulos pressed the president, asking what Trump made of it.
'I think it's probably - I want them to think whatever they think. They do say, and I've seen, and I've read, and I've heard. And I did have one very brief meeting on it. But people are saying they're seeing UFOs. Do I believe it? Not particularly,' he said.
Asked if he thought he would know if extraterrestrial life had been confirmed, president replied, 'Well, I think my great pilots would know. Our great pilots would know.' 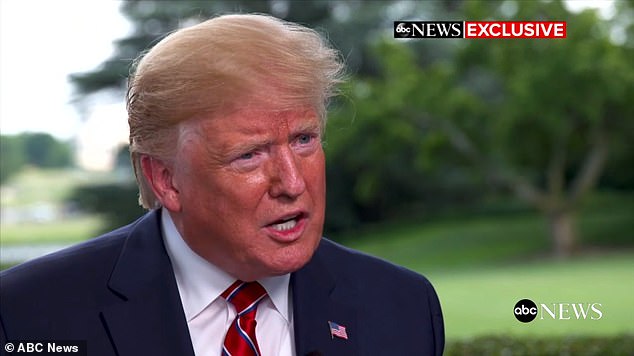 
'I did have one very brief meeting on it. But people are saying they're seeing UFOs. Do I believe it? Not particularly,' Trump said

I watched this last weekend. It is very good and about so much more than UFO's 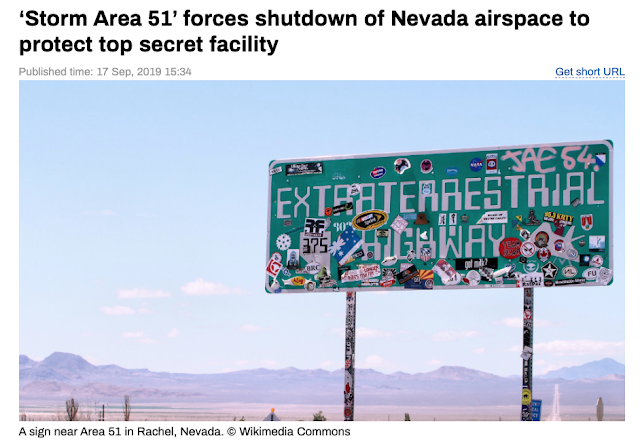 The US Federal Aviation Administration has banned all aircraft, including emergency vehicles, from the airspace near Area 51 ahead of the ‘Storm Area 51 event’ scheduled for Friday.

Everything from news helicopters to drones to private planes and even police vehicles have been barred from the airspace in anticipation of the viral event. The US Air Force (USAF) has also sternly warned people not to waste its time and energy, or even put their lives at risk, by attempting to flout the ban.

Only aircraft “working in support of the Department of Energy (DOE) Mission are allowed to enter the TFR (Temporary Flight Restriction)” zone.