World Trade Center Building 7 DID NOT Collapse from fire

It is 18 years since the 9/11 attacks on the World Trade Center.

Given the acceleration of events no anniversary has been more significant.

How people respond to 9/11 is a predictor of how people will respond to official narratives from government, media and elsewhere.

I recommend watching this special report from the TruNews team.

Today on TruNews we discuss a new report, published through the University of Alaska Fairbanks by Professor J. Leroy Hulsey and paid for by the Architects & Engineers for 9/11 Truth, which concludes that the official story of how the third tower to fall on September, 11, 2001, cannot be true. We are joined by degreed engineer and signatory to the AE911Truth petition, David Pacheco, to dissect the study, and reveal the shocking revelations enclosed. 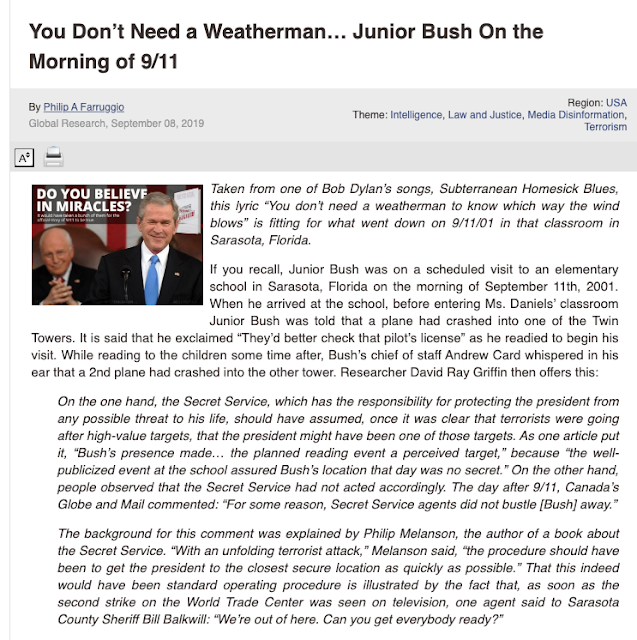