The story of China's launch of the PetroYuan is blacklisted 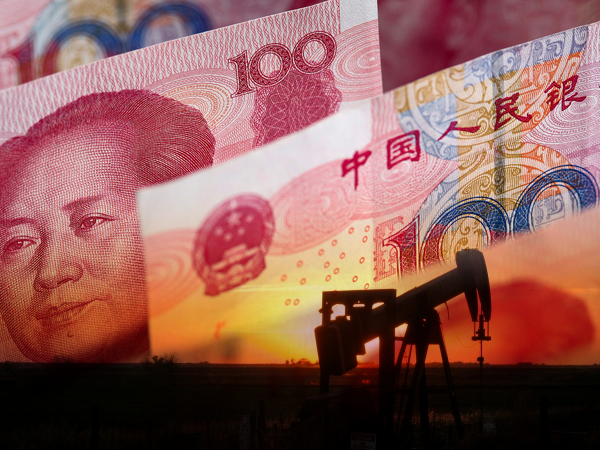 As the entirety of the world media is obsessed with Stormy Daniels and publish lies to justify their aggressive actions they completely ignore the one factor that explains everything.

The introduction of the PetroYuan which clearly marks the end of the dominance of the AngloZionist Empire. If you can no longer force countries at the point of a gun (literally) to pay for oil  in dollars you are no longer able to dictate.

You are part of a multi-polar world.

That is what the imperialists are fighting against.

Wars can be (and ARE) fought over this. Just think Gaddhafi and Saddam Hussein.

I decided to check the financial press - and who better than this than Bloomberg?

This was the result. 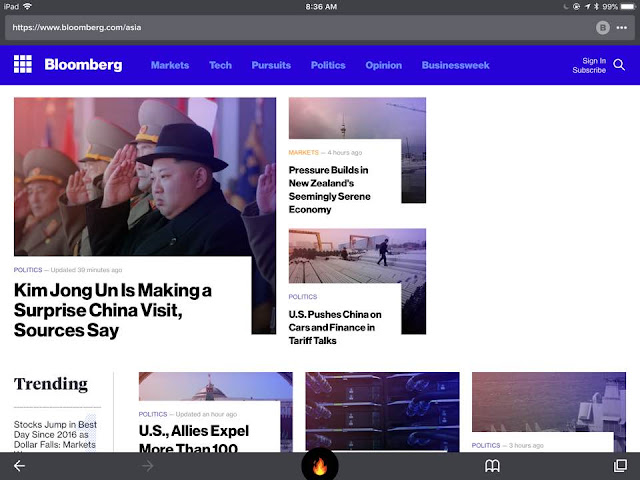 CAN YOU FUCKING IMAGINE IT?.

I thought that I must be imagining this and that I had better check across the internet so I put in a Google seach.

This is what I got. 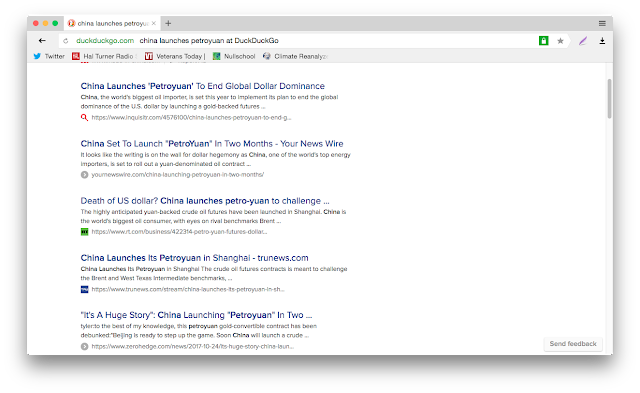 That's right. A big fat Zero apart from the alternative media which has been covering this for a long time now. I had been wondering whether this might just be speculation. 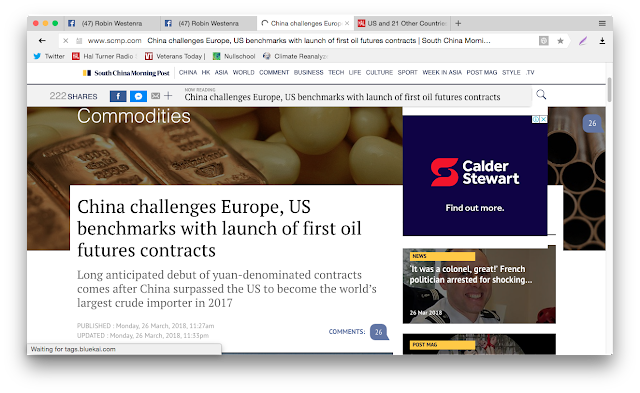 
Interestingly, not quite 6 months ago this is what the SCMP was loudly proclaiming.
Sorry folks, but there is no Chinese alternative to the petrodollar 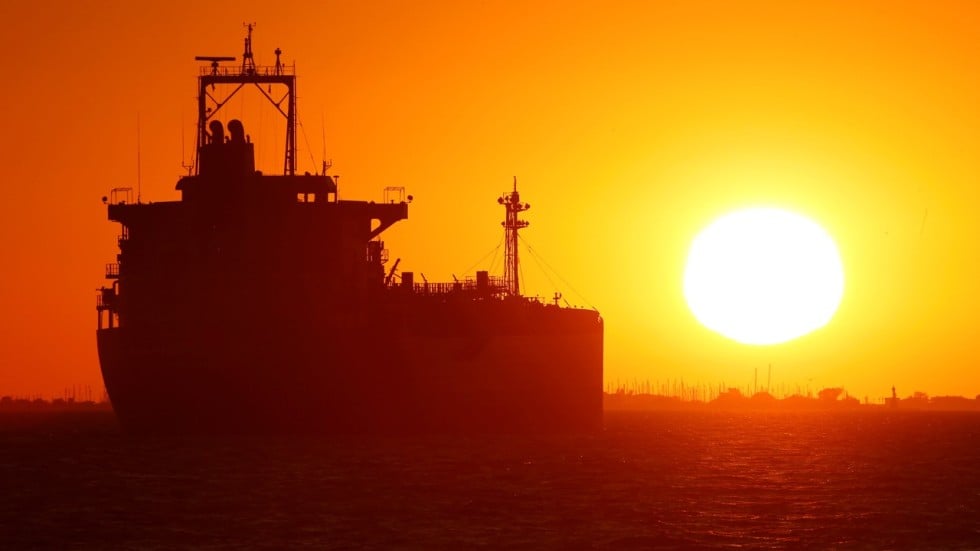 It is the alternative media that speaks the truth. This is from Adam Garrie

The Petroyuan Is Here and Global Oil Markets Have Reacted Positively

This morning, history was made as China began trading Yuan denominated oil futures contracts on the Shanghai International Energy Exchange. According to Liu Shiyu, the Chairman of the China Securities Regulatory Commission (CSRC),

“We have the confidence, determination and ability to build a crude oil futures market with Chinese characteristics, and make due contributions to better protect the legitimate rights and interests of investors, and better serve the high-quality development of the real economy”.

Russia and China have outlined plans to create a 100 percent gold-backed currency system to replace the US dollar as the world’s dominant currency.

The Central Bank of Russia has been steadily amassing vast gold reserves since 2015 – accumulating 1,828.56 tons by the end of 2017 – making it the fifth largest gold reserve in the world.


Goldtelegraph.com reports: Russia has been aggressively increasing its gold reserves for a reason. It has seen the US dollar dominate as a global currency and is working with China to end the US/Western currency supremacy.

Their strategy appears to be working. Russia and China are in the midst of rumors of introducing gold-backed futures to circumvent the U.S dollar....

Here are some earlier article that are relevant to this dicussion:


US Debt Reaches Point of No Return

I think, in conclusion we can conclude that today’s events are reolutionary – but as we know the ‘revolution will not be televised”
Posted by seemorerocks at 13:33