Contempt Prior to Investigation - Guy McPherson "interviewed" on NZ television

Once upon a time journalists used to display a minimum of decorum and professionalism. But now journalists are like talkback show hosts and are expected to be as stupid (even more stupid of that’s possible) as the most ignorant sections of the population.

Guy was interviewed on the same show 2 (and 4 years) ago by Paul Henry who despite his terrible reputation displayed infinitely more panache and intelligence than these gorillas. 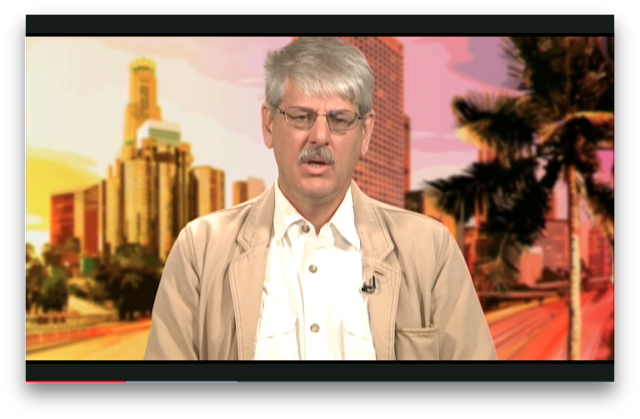 But even Millennials should be preparing to meet their maker, if American scientist Guy McPherson is to be believed.

The retired biology and ecology professor says runaway climate change is going to kill us all by the year 2026. And if we somehow make it off the planet before then, unlike the inhabitants of the starliner Axiom in apocalyptic Pixar classic WALL-E, we might not be able come back.

"It's certainly all over for us in the not too distant future," Prof McPherson, who used to teach at the University of Arizona, told The AM Show on Monday.

Humans 'don't have 10 years' left thanks to climate change - scientist

In late 2016, he appeared on Three's Paul Henry to say humanity would be wiped out in 10 years. He's sticking by that timetable - even suggesting he might have overestimated how long we have left.

"For most of us, we'll be going sooner than that 2026 timeline I presented a couple of years ago."

Here's how it'll apparently go down: "Plant life will be unable to keep up with the repetitive rise in temperature. Plants will die, and we need plants to survive. We don't eat without plants. The water will continue to be fouled, the air will continue to be spoiled," explains Prof McPherson.

"But a primary factor will be starvation as civilisation collapses and the inability to grow grains at scale is one result."

"It could be - and I'm not predicting this, but this could happen - that the world's 400-plus nuclear power plants melt down catastrophically when unattended by people because they're not paid, because civilisation collapses. That could cause ionising radiation to strip away the Earth's atmosphere and leave us in the not-too-distant future looking a lot like Mars.

A different kettle of fish.
Watch Guy in New Zealand in 2016