RT shut down in Washington DC 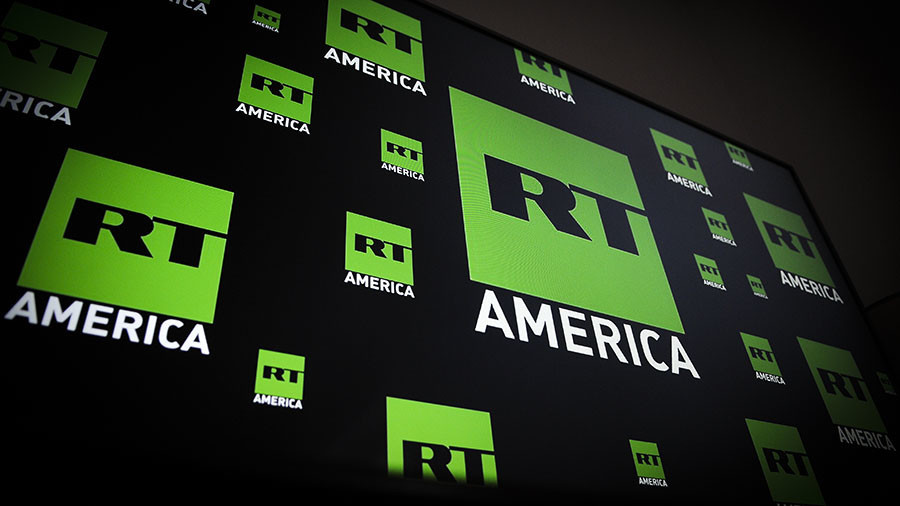 RT programming was removed from its two broadcast frequencies in the DC area. The move proves that claims made by the US government that the channel’s registration as a foreign agent would not affect its work were false.

Audiences in the Washington, DC area are no longer able to tune in to RT's regular air broadcasts. Part of the reason is that MHz Networks, a Virginia-based not-for-profit distributor of international entertainment and news programming, decided to auction their licenses to frequencies previously used to broadcast RT, along with a dozen other outlets. The development was reported by Bloomberg on Thursday, which said that the change will take place on April 1. The auction of licenses happened in March 2017.

RT may soon be dropped by US providers, courtesy of McCain & Graham

RT can now reveal that the channel was in fact dropped by its two signal broadcasters in the area, WNVT and WNVC, on February 2, 2018. This fact was later independently confirmed by MHz Networks through the Associated Press.

Anna Belkina, RT’s chief of communications, said that although the channel is not “at liberty to disclose the details, we know that this decision was linked to RT's forced registration as a 'foreign agent' in the US.” The US Department of Justice forced RT America to register under the Foreign Agents Registration Act (FARA) in 2017.

Belkina added that “it is highly disappointing that despite repeated assurances that FARA status would not impact RT's reporting and broadcasting capabilities, the registration, in fact, has placed undue burden on multiple areas of RT operations, and pressure on our partners as well, thus unequivocally demonstrating that the spirit of the FARA law is discriminatory even if the letter of that law isn’t.”

RT will continue to be available to viewers in the DC area on other platforms, including satellite.

Commenting on the development, Kremlin spokesman Dmitry Peskov said on Friday that it was part of a “concerning and frightening trend” in the US, which represented a “discriminatory policy towards the media in the United States.”

“We are carefully studying the situation and consider it very dangerous and consequential,” he added.

When FARA is not far enough: US lawmakers invent new ways to brand RT aspropaganda

FARA was first passed to fight Nazi Germany’s propaganda and was mostly used to highlight lobbying for foreign governments. RT’s forced registration was part of Washington’s retaliation for the channel’s alleged interference with the 2016 presidential election – which was how the US intelligence community described RT’s reporting on American domestic problems and flaws in its foreign policy.

The registration previously cost RT journalists their access to the US Congress.

Frederick Thomas, the founder and president of MHZ Networks, told Bloomberg that the company did indeed contact the DoJ after it targeted Reston Translator LLC, the company producing content for RT America, as part of its FARA crackdown on Russian media reporting for US audiences. But he denied the decision to get rid of the broadcast frequencies, which affected RT’s presence in Washington, DC, had anything to do with it.

“It has more to do with the spectrum auction,” he said.

The development is not surprising, considering that the legal groundwork for such moves was passed in September 2017 as part of the National Defense Authorization Act (NDAA). Buried in the military spending provisions was a small amendment that protects distributors from legal action if they refuse to drop “content that is owned or controlled by the Government of the Russian Federation.”

Posted by seemorerocks at 10:37