‘We Don’t Even Know Where He Is’: Sergei Skripal’s Russian Family Speak Out

The niece of poisoned ex-Russian double agent Sergei Skripal said she doesn't know how or where her uncle is. Her comments come after Skripal’s friend and neighbor said that he has not been allowed to visit him in hospital 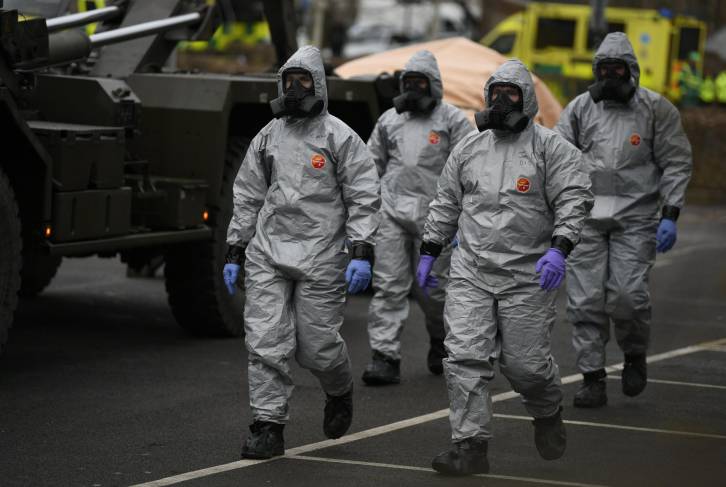 On Thursday, High Court Justice David Basil Williams handed down a ruling on the medical condition of the Skripals. It contained evidence from the consultant treating them in Salisbury District Hospital, which stated that the facility had “not been approached by anyone known to the patients to enquire of their welfare."

Ross Cassidy, a haulage contractor, has been Sergei Skripal’s neighbor since 2010. He said that he has been prevented from visiting Skripal and his daughter Yulia in hospital, and that he believes they are so critically ill there is no hope they will be revived.

"That is misinformation, because we care,” he told Sky News, referring to the consultant’s statement. "I asked the police several times if we could go and see them, quietly and away from the media, but I was told quite categorically that we were not allowed. We asked the question and the answer was 'No.'"

Despite being blocked from seeing his friend, Cassidy said he understands that the prognosis for the Skirpals is grim."Quite frankly, what future have they got?” he said. “I don't know the properties of this weapon that was used on them and my guess is they are probably being kept alive by artificial means and what life will they have if they survive?

"We've already been told they will be severely mentally impaired and I don't think they would want that. I think death would probably be merciful."

Three weeks after the A-234 nerve-agent (also known as Novichok) attack in Salisbury, Sergei and his daughter Yulia remain in a critical condition. According to court documents, Sergei is listed as unable to communicate.

Meanwhile in Russia, the Skripals’ extended family say that they have been unable to find out where exactly Sergei and Yulia even are. “I would like to know how [Sergei and Yulia] are – where they are,” Sergei’s niece, Viktoria Skripal, said.

“We are all grown-ups and we don’t believe in miracles, but I can't stop thinking maybe it's not them. Maybe a miracle will happen and it'll turn out not to be them. Maybe they’ll get better. But everyone is saying that even if they recover, the long-term prognosis is not good.


"Out of 99 percent, I have maybe 1 percent of hope. Whatever it was has given them a very small chance of survival,” she told the BBC.
Viktoria said that if she could go to the UK to see them, she would – but her number-one priority is to protect Sergei’s ailing mother from finding out about her son’s attack. The family fears the news could prove fatal for the 90-year-old woman.

“Our priority is to protect our grandmother, so that she does not hear anything. She will not know until the very last moment,” Viktoria said. “She will know when this situation is somehow resolved; that is, if there is a logical end. If the story ends badly, we will tell her that they fell ill.”

Viktoria Skripal said that, while she was unsure who was responsible for the nerve-agent attack, she did say that her uncle had never expressed fears for his safety and did not consider himself to have any enemies.


“Even if the special services did it – why is it so clumsy? I believe that it was beneficial to some third party to quarrel between the two countries. Someday we will get answers to all the questions.”