Kim Jong Un has made an unexpected visit to Beijing in his first known trip outside North Korea since taking power seven years ago, according to unconfirmed media reports.

Hours ago, footage of a mysterious, high security train was captured entering Beijing - leading to speculation that it may have been the North Korean leader.

So far, further details of the visit, including how long Kim would stay and who he would meet, were not available according to Bloomberg 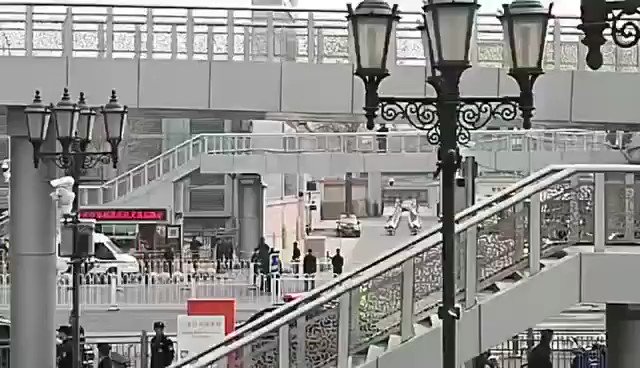 Stephen McDonell
✔@StephenMcDonell
There’ll be hundreds of foreign correspondents chasing this in Beijing tomorrow. Chinese reporters have apparently been told to leave it alone for the time being. https://twitter.com/stephenmcdonell/status/978247870330544129 … 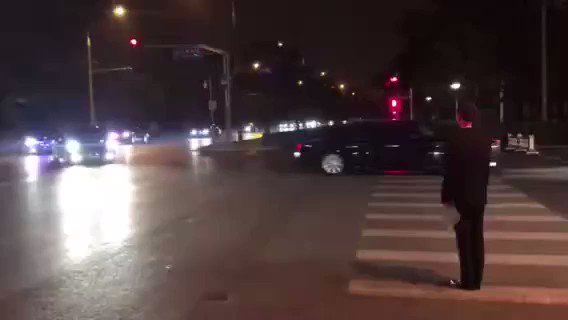 Wei Du 杜唯@WeiDuCNA
Rumor circling in Beijing that Kim Jong Un is in town to smooth relations with Xi Jinping before summit with Trump.

The special train may have carried Kim through the northeastern Chinese border city of Dandong, Japan’s Kyodo News reported earlier. Nippon TV showed footage of a train arriving Monday in Beijing that looked similar to one used by Kim’s father, Kim Jong Il, to visit the Chinese capital shortly before his death in 2011, Bloomberg adds.

The train's arrival was said to have "disrupted the whole railway schedule for northeast China, and people are observing that and drawing conclusions about who might be on that train," according to Yun Sun, a North Korea and China expert at the Stimson Center who spoke with Business Insider.

It would "make perfect sense" for Kim to travel to Beijing "using father's armored train," tweeted O'Carrol, who said the rout was well-tested by North Korean security and that the blackout on state media covering the trip was consistent with trips his father, Kim Jong Il, made to Beijing.

Of note, China is North Korea's main trading partner, and lifeline to trade with the outside world. Kim Jong Un has reportedly turned down offers to visit Beijing in the past, however that's all changed with recent geopolitical rumblings.

The surprise visit comes weeks after President Trump's decision to grant an unprecedented meeting to Kim, following meetings by South Korean envoy Chung Eui-Yong, who brokered the upcoming talks. During the trip to Pyongyang, the envoys became the first South Korean officials to meet with Kim since he took power in 2011.

The South Korean envoys announced that Kim told them he is willing to begin negotiations with the United States on abandoning nuclear weapons and that he would suspend all nuclear and missile tests while engaged in talks. 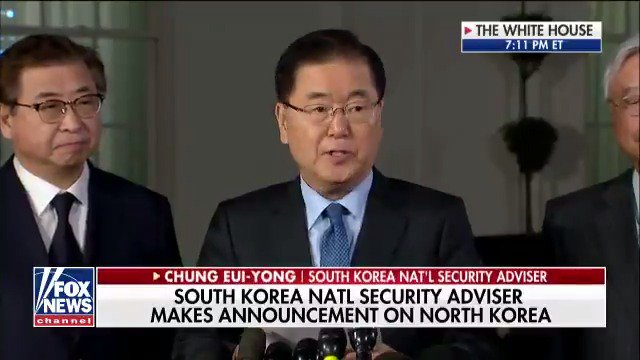 
While the Trump administration greeted the offer cautiously, expressing both hope that talks can happen and skepticism at Kim’s sincerity, Trump "appreciated the briefing and said he would meet Kim Jong Un by May to achieve permanent denuclearization."

Donald J. Trump
✔@realDonaldTrump
Kim Jong Un talked about denuclearization with the South Korean Representatives, not just a freeze. Also, no missile testing by North Korea during this period of time. Great progress being made but sanctions will remain until an agreement is reached. Meeting being planned!

Prior to meeting with Trump, Kim was expected to first meet with South Korea's President, Moon Jae-in, near their shared border. As Bloomberg notes, Ties between China and North Korea -- neighbors and allies during the Cold War -- have been strained as China backed progressive rounds of United Nations sanctions against the country’s weapons program. Business Insider's Alex Lockie asks the question: Did Trump make this happen?

Sun said that China has attempted to meet with Kim in the past, but rising tensions as North Korea's nuclear testing heated up derailed the preparations and deteriorated bilateral relations. Previously, China saw Kim as defiant and abusing Beijing's support for the country, and denied them "the honor, the validation, of having a meeting" with Xi.

"The only variable has changed," in the Pyongyang-Beijing relationship, according to Sun, is that Trump accepted a face-to-face meeting with Kim, which she said may have "motivated the Chinese to change their mind."

Also, North Korea may not be able to handle a summit with Trump on their own, and China has a good deal of anxiety about being left out of diplomatic efforts between Pyongyang and its adversaries, according to Sun.

In any case, the train's journey to Beijing fits the profile of Kim family visits to China's rulers in the past, and makes sense from both the Chinese and North Korean sides in the run up to attempting diplomacy with Trump face-to-face. -Business Insider

The meeting between Kim Jong Un and China's President Xi follows President Trump's visit to Beijing four months ago, and comes on the heels of China's saber rattling over Taiwan and an ongoing military buildup. It stands to reason that Xi and Kim are getting their ducks in a row before "great negotiator" Trump sits down at the table with the North Korean leader.