"She Is Risen!" - Last Act Of 'Novichok' Drama Revealed: "The Skripals' Resurrection" 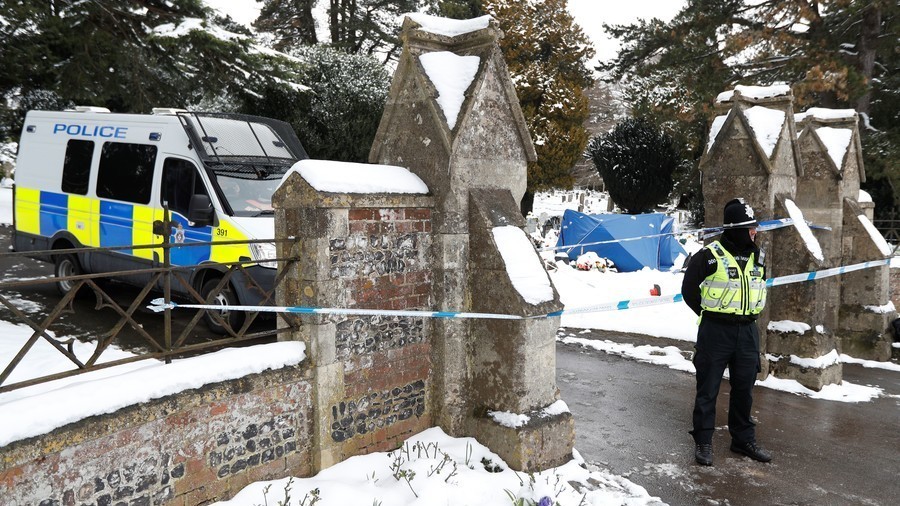 It seems that the 'Novichok' fairy-tale the British government plays to us provides for a happy ending - the astonishing and mysterious resurrection of the victims of a "military grade" "five to eight times more deadly than VX gas" "nerve agent" "of a type developed by" Hollywood.

The condition of Yulia Skripal, who was poisoned with a nerve agent in Salisbury along with her father, is improving rapidly, doctors have said.

Salisbury NHS foundation trust said on Thursday the 33-year-old was no longer in a critical condition, describing her medical state as stable.

Christine Blanshard, medical director for Salisbury district hospital, said: “I’m pleased to be able to report an improvement in the condition of Yulia Skripal. She has responded well to treatment but continues to receive expert clinical care 24 hours a day."
...
Her father’s condition is still described by the hospital as critical but stable.

Only yesterday the Skripals chances to survive was claimed to be 1 out of 99. Nerve agents are deadly weapons. A dose of ten milligram of the U.S. developed VX nerve agent will kill 50% of those exposed to it. The 'Novichok' agents are said to be several times more deadly than VX.
It seems less and less likely that the British government claim about 'Novichok' poisoning is actually true. Way more likely are other explanations, for example food poisoning or an allergic shock soon after eating out at a fish restaurant.
The claims of a nerve agent and 'Novichok' seem to have been taken from the script of the British-American spy drama Strike Back (clip) which recently ran on British and U.S. TV. The sole purpose of the 'Novichok' drama is to implicate and damage Russia.
As the former MI6 spook Alastair Crooke writes:

The evidence is beside the point: here was the opportunity to close-off Trump’s ‘illusion’ of a possible détente with Russia. The narrative is all. We will likely never know the full story.

Yulia and Sergej Skripal were found unconscious on the afternoon of March 4.
The U.S. State Department says that its campaign to use the Skripal incident as a tool against Russia started on March 6, only two days after the incident and six full days before the British government raised accusations against Russia.
In her press briefing on March 27 the U.S. State Department spokeswomen Heather Nauert talked about the coordinated ousting of Russian diplomats by some "western" countries:

Our Deputy Secretary Sullivan, Assistant Secretary Wess Mitchell, and many others in the building across the interagency process have worked tirelessly over the past three weeks to achieve this unprecedented level of cooperation and also coordination. The end result – 151 Russian intelligence personnel sent home to Moscow – is a testimony of how seriously the world takes Russia’s ongoing global campaign to undermine international peace and stability, to threaten the sovereignty and security of countries worldwide, and to subvert and discredit Western institutions.

The above quote is from Nauert's prepared remarks, not the more free wheeling Q&A section.
The British prime minister made her allegations against Russia only on March 12:

"It is now clear that Mr Skripal and his daughter were poisoned with a military grade nerve agent of a type developed by Russia.

This is part of a group of nerve agents known as 'Novichok'."

(See our earlier pieces, linked below, for many details on 'Novichok' and its history.)
May's announcement was similar to Tony Blair's "45 minutes" claim. A lie, concocted in a common propaganda operation with the U.S. government. As the Downing Street Memos said of the preparations for the war on Iraq:

C reported on his recent talks in Washington. There was a perceptible shift in attitude. Military action was now seen as inevitable. Bush wanted to remove Saddam, through military action,justified by the conjunction of terrorism and WMD. But the intelligence and facts were being fixed around the policy. 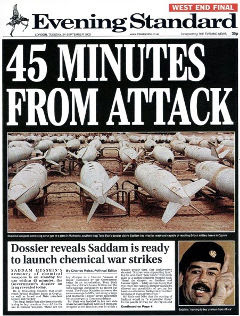 There are several details that debunk the 'Novichok' thesis.
The specialists in the British chemical weapon laboratory in Porton Down, which gets millions of U.S. military research dollars, did not agree with the 'Novichok' claim for whatever effected the Skripals. May's phrase "of a type developed by Russia' was politically negotiated. As ambassador Craig Murray provided:

I have now received confirmation from a well placed FCO source that Porton Down scientists are not able to identify the nerve agent as being of Russian manufacture, and have been resentful of the pressure being placed on them to do so. Porton Down would only sign up to the formulation “of a type developed by Russia” after a rather difficult meeting where this was agreed as a compromise formulation.

But was there really a nerve agent involved?
A doctor who administered first aid to Yulia Skripal for 30 minutes was not effected at all. The emergency services suspected the victims had received on overdose of fentanyl.
Doctor Steven Davies, who leads the emergency service of the Salisbury District Hospital, wrotein a letter to the London Times:

Sir, Further to your report "Poison exposure leaves almost 40 needing treatment", (Mar 14), may I clarify that no patients have experienced symptoms of nerve agent poisoning in Salisbury and there have only been ever been three patients with significant poisoning.

A Court of Protection judgment about the Skripals issued on March 22 quotes as witness a Porton Down chemical and biological analyst:

Blood samples from Sergei Skripal and Yulia Skripal were analysed and the findings indicated exposure to a nerve agent or related compound. The samples tested positive for the presence of a Novichok class nerve agent or closely related agent.

"Indicated exposure" is a rather weak formulation. It means that no 'novichok' was found but decomposition products of something that may have been a nerve agent or not. A blood sample may "test positive" for all kinds of stuff but that does not say anything about the amount or about the lethality of any of the "positive tested" elements. The 'Novichok' nerve agents are organophosphates like many of the usual insecticides are. These break down relatively fast. A walk through a field freshly sprayed with some insecticide or the domestic use of such a product might leave similar decomposition products in the bloodstream as a nerve agent attack.
The Court of Protection also said that no relative or friend contacted the authorities about the Skripals. That was evidently false (ru).
Today, 25 days after the incident, the police say they suspect that the Skripals were poisoned from the front door of their home. Today, 25 days after the incident, they removed the front door. I believe that this decision was based on a "most plausible story" guess and not on material evidence. If the door had tested positive for a nerve agent it would have been removed weeks ago. This is, like those people in high protection suits roaming around Salisbury, just theater.
The Skripals were said to have left their home at 9:00am in the morning. They collapsed relatively sudden at 4:00pm in the afternoon. Is this seven hour delay consistent with being severely affected by a "military grade" highly toxic nerve agent? I doubt it.
But even if a nerve agent of the 'novichok' type was involved the jump to allegations against Russia is completely baseless. David B. Collum is Professor for Organic Chemistry at Cornell University. He really, really knows this stuff:

Dave Collum @DavidBCollum - 12:54 AM - 27 Mar 2018
I will say it again: Anybody who tells you this nerve agent must have come from Russia is a liar--a complete and utter liar. They are simple compounds.

The Skripals are getting better. Good for them. But their resurrection from certain death is a further dint in the British government's claim of 'nerve agent' 'of a type developed by Russia'.
The whole anti-Russian campaign constructed out of it is just ridiculous and deeply dishonest. The five page propaganda handout the British provided to other governments is a joke. It provided no solid facts on the case. To respond to it rationally, as Russia tries to do, makes little sense.
An editorial (recommended) in the Chinese Global Times captures the utter disgust such behavior creates elsewhere:

The fact that major Western powers can gang up and "sentence" a foreign country without following the same procedures other countries abide by and according to the basic tenets of international law is chilling.
...
Over the past few years the international standard has been falsified and manipulated in ways never seen before.
...
It is beyond outrageous how the US and Europe have treated Russia. Their actions represent a frivolity and recklessness that has grown to characterize Western hegemony that only knows how to contaminate international relations. Right now is the perfect time for non-Western nations to strengthen unity and collaborative efforts among one another.

Resurrection or not - the result of the 'Novichok' nonsense will not be to our 'western' favor.
---
Previous Moon of Alabama reports on the Skripal case: