The truth of mass extinction 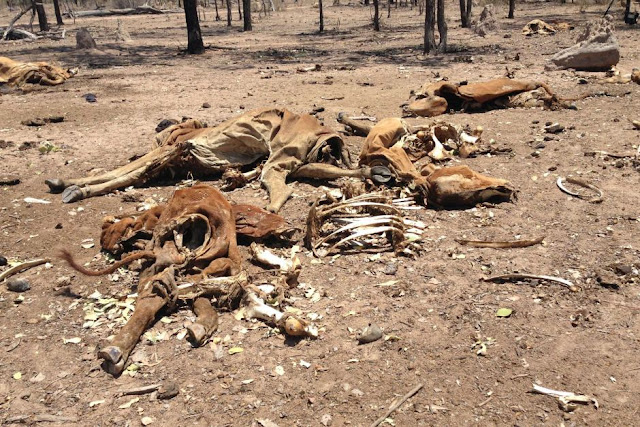 The sorry state of Earth's species, in numbers

It's a disaster The Big Wobble has been reporting since 2011 and in the 7 years since some astonishing statistics have been revealed.

In just 2 years time two-thirds of all wild animals who once lived in the world will be dead, the world's primates face an "extinction crisis" with 60% of species now threatened with extinction and an unprecedented death of billions of tons of marine life around the world’s oceans and waterways.

Just last week the world’s last male northern white rhino died which captured the attention of the worldwide media, however, the decline of our biodiversity has been mostly ignored for decades, however, scientists began a comprehensive, global appraisal of the damage, and what can be done to reverse it but is it too late?

Below is a comprehensive list showing the disaster which has almost silently unfolded for decades as most of the world's population are unaware of just how desperate the problem is.

Four years ago The University of Exeter in the UK claimed Europe's bird population had fallen by 421 MILLION in just 30 years.

An incredible 90 percent of these losses have affected the most common species on the continent including sparrows, skylarks, starlings and grey partridges, researchers at the University of Exeter have found.

They believe the population crash can be linked to modern farming methods and deteriorating and fragmenting habitats.

In just three years’ time, the World will have lost two-thirds of all wild animals.
This amazing statistic from The Living Planet Index goes on: The number of wild animals living on Earth is set to fall by two-thirds by 2020, according to a new report, part of a mass extinction that is destroying the natural world upon which humanity depends.

The analysis, the most comprehensive to date, indicates that animal populations plummeted by 58% between 1970 and 2012, with losses on track to reach 67% by 2020.

Researchers from WWF and the Zoological Society of London compiled the report from scientific data and found that the destruction of wild habitats, hunting and pollution were to blame.

According to The Daily Mail, there are an estimated 8.7 million plant and animal species on our planet and about 86 percent of land species and 91 percent of sea species remain undiscovered.

Two species of vertebrate, animals with a backbone, have gone extinct every year, on average, for the past century.

Currently, around 41 percent of amphibian species and more than a quarter of mammals are threatened with extinction.

In a separate study, The Intergovernmental Science-Policy Platform on Biodiversity and Ecosystem Services (IPBES) issued a dire diagnosis just this month of Earth's plant and animal species.

Below are the highlights of their report published by AFP.

About 41 percent of the world's amphibian species are threatened with extinction.

Soil erosion has affected 25 percent of agricultural land in the European Union, and 23 percent in Central Asia.

Availability of clean drinking water has decreased by 15 percent per person since 1990.

With 13 percent of the world's population, the region accounts for about a quarter of the total impact on global biodiversity.

Just under a quarter of species assessed are at risk of extinction.

Species populations already 31 percent smaller than when the first European settlers arrived will have shrunk by about 40 percent by 2050.

Climate change could result in the loss of more than half of Africa's birds and mammals by 2100.

More than 60 percent of the continent's rural population depends on Nature for their survival.

About a quarter of sub-Saharan Africa's 930 million inhabitants suffer for a lack of food.

Unless something is done, fish stocks will run out by 2048.

Up to 90 percent of corals will be severely degraded by 2050 as a result of climate change.

As much as 45 percent of biodiversity could be lost by 2050.

Two species of vertebrates, animals with a backbone, have gone extinct every year, on average, for the past century.

About 41 percent of amphibian species and more than a quarter of mammals are threatened with extinction.

The global populations of 3,706 monitored vertebrate species -- fish, birds, mammals, amphibians, and reptiles -- declined by nearly 60 percent from 1970 to 2012.

There are an estimated 8.7 million plant and animal species on our planet.
This means about 86 percent of land species and 91 percent of sea species remain undiscovered. 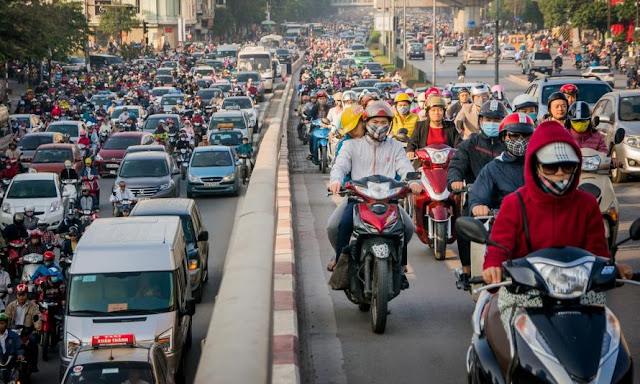 Paul Ehrlich: 'Collapse of civilisation is a near certainty within decades'
Fifty years after the publication of his controversial book The Population Bomb, biologist Paul Ehrlich warns overpopulation and overconsumption are driving us over the edge