BOMBSHELL: French Counter-Terror Boss: ‘I Have Proof Who Killed Litvinenko - It Wasn’t Russia’ 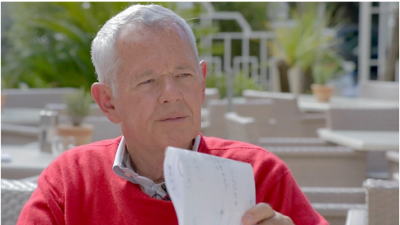 Paul Barril
A former French official who has had senior roles in internal security and terror fighting has come forward with a remarkable statement: that he has documentary evidence proving that Alexander Litvinenko, the Russian spy who died from plutonium poisoning, was killed by US and UK special services.
In a lengthy interview which is soon to be published, he goes further, saying that Litvinenko’s murder was a special sevices operation designed to defame Russia and Vladimir Putin, that the notorious Russian oligarch Boris Berezovsky was involved, and was himself killed by MI6 when he became a liability. He even says he knows the code name of the operation: “Beluga”.
From Oped News, Monday, March 27:

Is that what's behind much of the threatening rhetoric now going back and forth between the US and Russia?

Barril exposed Operation Beluga in a recent interview with Swiss businessman Pascal Najadi on the 2006 Alexander Litvinenko death case. Litvinenko was a reputed former spy who many believe was murdered with radioactive polonium on orders of Vladimir Putin.

Najadi says the interview drew out the converse revelation that Litvinenko was actually killed by "an Italian who administered the deadly polonium 210." What's more, he astonishingly says, the operation was carried out under the auspices of the US and UK.

Barril’s allegations should be taken seriously. He is a renowned French intelligence figure who is known in France as “Superflic”, which translates roughly as “Supercop.” In the French public eye he is a kind of combination of Eliot Ness, James Bond, and William Bratton. For many years he was the second in command of the ski-mask wearing GIGN, the legendary elite French special forces unit, who top the “badass” rankings of special forces anywhere, and had other high ranking internal security positions in the French government.
Since leaving government service he has handled security issues as a private contractor for heads of state in the Middle East, Latin America and Africa. He has been at the center of several controversies over the years, and is a well-known author. There is no question that he has access to intelligence at the state level which would give him insights into this affair.

Posted by seemorerocks at 20:58