The news comes hot on the heels of the accusations of the US planning strikes on governmental forces in neighboring Syria by Russia earlier this week. Washington has previous experience of launching strikes without the authorization of the UN Security Council, when it attacked Syria's Shairat airbase in April 2017 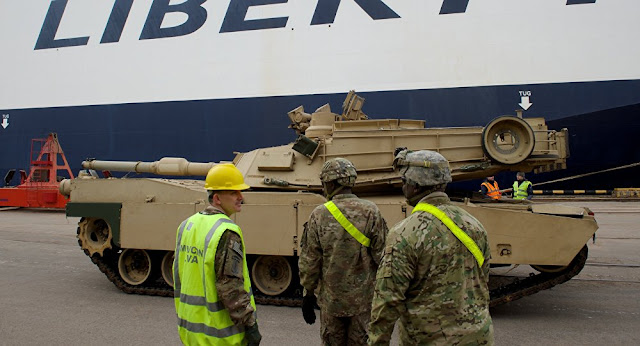 The Telegram channel Directorate 4, which monitors the situation in Syria and Iraq, has published pictures of US heavy military equipment arriving in Jordan via the military transport ship "Liberty pride" for future participation in the annual military drills "Eager Lion." During the process of unloading, vehicles looking like M1A2 "Abrams" tanks, the M113's variation for medical evacuation and the M2A3 "Bradley" armored personnel carriers were spotted. 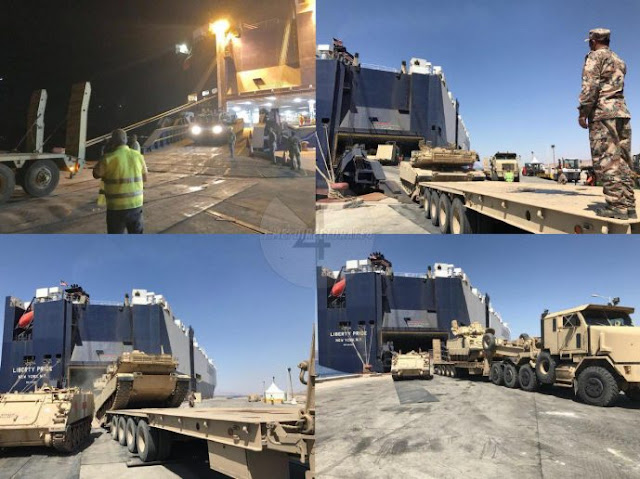 Saudi Arabia, Qatar, Kuwait, Bahrain and other US allies will join the "Eager Lion" military exercises, which have been conducted every year since 2010. After the latest reports of a planned US strike on Syrian governmental forces these drills could possibly create tensions between Jordan and neighboring Syria.

Is the US and Turkey Positioning for Syrian Offensive?

The Turkish government has started their attack on Kurdish fighters in Sinjar province of Iraq, this is located a distance from Turkish border no obvious threat for the Turkish government. But what it does do is give the Turkish military a tactical advantage to invade Syria from the East and North. The US has just unloaded yet another Liberty Ro Ro ship in Jordan with tanks armored personnel carriers, it seems NATO is preparing the final offensive on Syria with direct engagement. class="yt-simple-endpoint style-scope yt-formatted-string"

Israel comes under heavy rocket attack from the Gaza Strip the Iron Dome put into action. At the same time Israel launched airstrikes on Hezbollah position near Syrian and Lebanon border.

From the pro-terrorist al-Jazeera