The Tommy Robinson problem: Does everyone have the right to 'free speech?' (VIDEO) 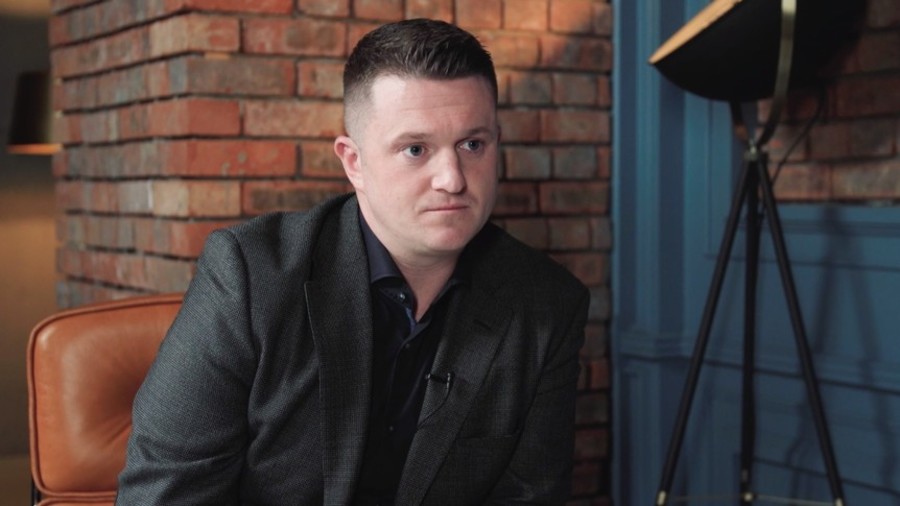 Tommy Robinson's message is simple – he has no intention of stopping. He has the "God-given right" to freedom of speech, and he intends to use it.

Robinson wants to stop the building of mosques, to prompt the ban of Sharia courts. His views are, to many, abhorrent, intolerable, and provocative.

He has been branded as "racist" and "bigoted." Entire groups from all over Britain attend his rallies to try and shut him down because of his anti-Islam stance. The former English Defence League (EDL) leader refuses to accept accusations he is spreading hate, because in his words, it is his "right" to say what he wants about any religion he chooses.

In the UK, free speech is not set out in law – but it is assumed through the nation's association with the European Convention of Human Rights, and various case law.

There are laws on hate speech. Anything which incites violence, encourages religious or racial hatred is punishable in court.

But in a fractured society where hate crime is increasing, where hate comes from both sides which have been allowed to spout vile rhetoric on loop, is it time to crack open the discussion on free speech?

In an exclusive interview with RT UK, Robinson denied the accusations of hate speech, and revealed his plans to take matters into his own hands.
"We live in a post-free speech era," Robinson told RT.

"Since talking about Islam, I've faced Government persecution, police persecution, violent opposition and that's all for expressing my free speech and criticism of an ideology. We have laws for that (hate speech) and those laws are not implemented across everyone equally.

"The word 'hate speech' has taken over from racism. The word 'racism' was used to silence the public discourse so they can control the discourse. The media never pick up on this; in my first speech after Lee Rigby, I said if you spit at a Muslim woman, you're a moron. If you set fire to a mosque, you're a coward. I've said these things continuously. For the last nine years.

"I've always made a difference between extremist Muslims and ordinary Muslims. I keep telling them they're going to create monsters. When you stifle free speech, when you drive it underground… right now I'd say the people of Britain are furious, and they're angry, and they're scared."

The problem is, those who seek to shut him up have done the exact opposite. His message is being heard. According to his own statistics, Tommy's message is received loud and clear by millions of people every month – on some platforms, reaching 200 million people in a three-week period, according to Robinson.
For those who don't support him – that's terrifying.

Mainstream media – except the BBC – has cut him off, police have arrested him, extreme left groups attack him. The result? His popularity is apparently rocketing. 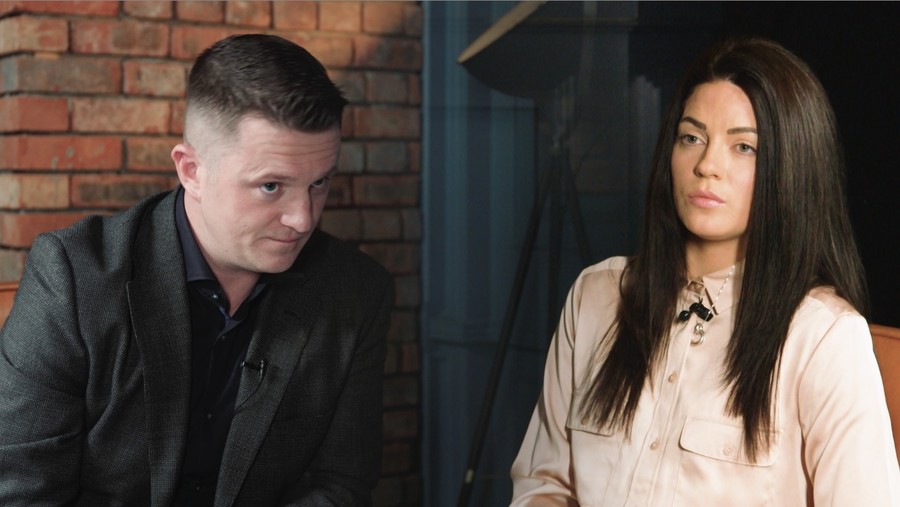 A ban on Twitter for the controversial character has served as nothing but a PR exercise for him. This week, hundreds of fans took to social media to support him, while some who do not begged Twitter bosses and politicians to stop making him the symbol of a "free speech" movement gripping public discourse.

Tommy says he has experience of how not being heard, and being ignored, sparks entire movements.

"Then I see the future is this – the future is your phone – to talk to people. In the last seven days, seven million people have watched my videos on Facebook. All the years of slandering and attack on us… they see people are listening to us and we're waking them up. We need political change.

"I'd say I'm probably the most listened to journalist in the UK and that's not me being big-headed. When I looked at my figures for a four-week period – 193 million people read my tweets and 49 million people watched my videos just on Facebook. Six million have watched in the last three weeks just on YouTube."

Tommy says he differentiates between radical Islamists and "peaceful Muslims" – but in the next breath he tells me he opposes Islam. He wants his right to practice free speech respected, but says Muslims should be "set free" from the religion they choose to practice.

My problem (aside from the Mohammed/Hitler comparisons!) is the blanket opposition to a religion – rather than the isolation of practices which are unacceptable. The oppression of women through Sharia Law courts in Britain must be addressed, immediately. Yet, so should abortion in Ireland. When teenage girls are refused the right to a termination after rape – do we blame Catholicism, or do we debate abortion? In all other areas, for all other religions, we seem to be able to separate the issues.

I fail to fathom why he doesn't think that is hate speech – to call Islam evil, to blame a religion for most wrongs in society. A child growing up hearing that another religion is wrong, hearing another religion follows a hateful doctrine, hearing they support a religion which preaches unspeakable acts – will likely grow to hate that religion. That, in turn, leads to justification for hating a person.
Robinson has a reading of the Koran which is different from that of many others who see it as an essentially peaceful book. A literal interpretation of the Bible and the Old Testament causes similar divides.

Robinson's name has been brought into government debate by Baroness Farsi, Yvette Cooper MP, and even the head of counter terrorism, Mark Rowley. Yet, as he is shunned from debate and labeled a hate preacher, his support grows – and with every attack on him, it increases.

"The law is not implemented equally. And people can see it. I have had hundreds and hundreds of people threaten to murder my family and kill my kids – not one person has ever been prosecuted," he said.

"The police would rather I shut up. The Government want me to shut up… because they fear the reaction of what I say. If I was saying all Muslims are bad, then that oversteps the mark. Not once in my life have I said that.
"The majority of Muslims are peaceful people."

The fact is, refusing to debate the line between free speech and hate speech has blurred it even further. Arresting a man who wraps himself in the flag, and standing idly by while he is filmed being attacked has had the opposite effect than that desired by British authorities.

With their help, Robinson is being held as a martyr for the cause of free speech. Rather than deterring him, Twitter bans, MP jibes in Parliament, and a constant stream of abuse has propelled the former tanning salon owner turned activist into the limelight.