The U.S military - Two Failures In One Day 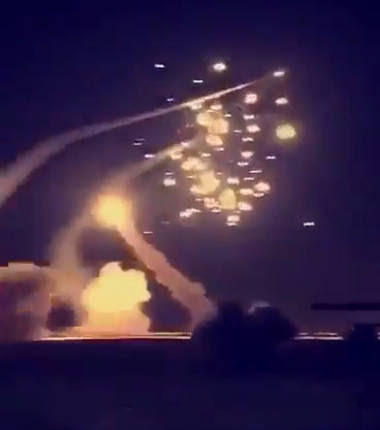 The Pentagon would spend an additional $1 billion on two of Lockheed’s missile defense systems, bringing total appropriations for the Missile Defense Agency to $11.5 billion.

More U.S. taxpayer money will also be given to missile defense contractors in Israel:

Congress has dramatically increased its budget for the Israeli missile defense programs by $148 million to include ongoing Iron Dome and Arrow 3 development.

“I am pleased and excited to announce that the US Congress has approved a record sum for Israel’s missile defense program: $705m. in 2018!” Defense Minister Avigdor Liberman announced on Monday.

Two incidents last night provide again that missile defense is a waste of money. It hardly ever works. Strategic missile defense, which the U.S. builds to take down intercontinental missiles, will not protect against the new weapons Russia and others are now pursuing. The U.S. military acknowledges this. After Putin announced the new weapon systems the Trump administration raised the white flag and suddenly asked for new arms control talks.

Last night the Yemeni army launched (vid) seven ballistic missiles against Saudi Arabia. Three of those targeted the capital Riyadh, four were aimed at military and infrastructure targets. In Riyadh the Saudi forces fired a a number of Patriot surface-to-air missiles and claimed that those successfully intercepted the Yemeni missiles. The Saudis Patriot Advanced Capabilities-2 system (PAC-2) are made by the U.S. company Raytheon which also hires former U.S. soldiers as 'Patriot Battery Systems Technician Field Engineers' to man and maintain the Saudi systems.

Earlier Saudi claims of successful intercepts turned out to be false. The small warheads of the Yemeni missiles separate from the larger missile body and are difficult to detect. The U.S. provided systems inevitably aims at the bigger empty missile body.

This time various videos from Riyadh show that at least seven interceptors were fired against the three incoming missiles. At least two of the interceptors failed catastrophically. The other five seem to have self-destruct at height. There is no sign of any real interception.

One of the Patriot interceptors prematurely exploded during its boost phase. Its burning debris showered the ground with hot parts.

Another Patriot interceptor made a u-turn and struck the ground some hundred meters away from random onlookers:

When your PAC2 gets radicalized and turns on you ...
---
Haykal Bafana @BaFana3
Even #Saudi Patriot missiles know who the real enemy is: They boomerang back to earth and bomb Saudi Arabia.
---
agitpapa @agitpapa
How a real Patriot should function, killing the guys who did 9/11 instead of serving them.

The other defense missiles seem to have self-destruct presumably after they lost contact with the target. Each of these Patriot MIM-104C missiles cost some $2-3 million.

The Saudis say that one man was killed and two were wounded in the Yemeni attack. It is more likely that these people were victims of the missile defense fire than of the attacking missiles.

In another late night missile defense incident Israel fired some twenty of its U.S. paid Iron Dome interceptors against presumed missiles coming from the Gaza strip: 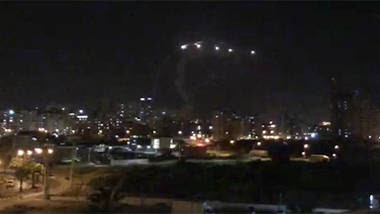 That first report turned out to be fake news. Several videos show the defense missiles explode in a flash high up in the air. Such explosions are often interpreted as successful intercept but are usually just the programmed self-destruction which prevents that whole missile carcasses fall down on the people below. Indeed none of a missiles the Israeli army fired destroyed any targets as none were there:

Multiple Code Red false alarms were blasted in the Hof Ashkelon and Sha'ar HaNegev Regional Councils and in the southern city of Sderot Sunday evening as the Iron Dome missile-defense mistook bullets from the Gaza Strip for a fusillade of rockets.

The regional councils originally reported that the Iron Dome anti-missile system was said to have intercepted every rocket rocket. However, the IDF later confirmed that no salvo had been fired at Israel.

“No salvo was fired at territory in the State of Israel. The situation in the Gaza region is usual. The interceptions by the Iron Dome system were activated because of the firing of bullets from the strip. Nothing fell in Israeli territory. It is being checked whether mortars or rockets were even fired at all,” the statement read.

Before the IDF clarification, the regional councils instructed the southern residents to remain in sheltered rooms.

Each Iron Dome missile costs at least $50,000. The IDF just spent $1,000,000 of U.S. taxpayer money because some 'oversensitive' system  mistook random gun fire not aimed at Israel for incoming missiles.

All three systems are obviously incapable of fulfilling their task. All three demonstrate that missile defense is prohibitively costly. The cost of each missile defense interceptor is a multitude of the costs of the attacking missile. The number of interceptors is limited and the systems can be exhausted and overwhelmed by swarm attacks of cheap dummies followed by a real attack.
Last year the Saudis were pushed by the Trump administration to buy the new Terminal High Altitude Area Defense (THAAD) missile defense system:

This new system is supposed to defend Saudi Arabia against Iranian ballistic missiles. But according to a South-Korean analysis the THAAD missile defense system has the same problem the Patriot system has. It can easily be deceived by cheap decoys and it tends to hit the incoming missile body while missing the separate warhead which simply continues its attack on the target.

When the Saudi clown prince visited Washington last week The U.S. president made an embarrassing show (vid) out of such sales. The Saudis will have to pay some $15 billion for the basically useless THAAD system. "That’s peanuts to you," said Trump. But Saudi citizens may not agree with such banter. The clown prince was, apparently, not amused. 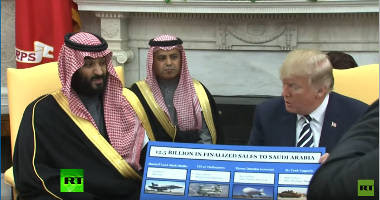 bigger
But what can he do? If he stops buying useless U.S. weapons the borg in Washington will 'regime change' him in no time.

Current missile defense is economically not viable. The limits of physics make it easy to overcome. But the systems still have their purpose.

For U.S. politicians they are a salable way to move taxpayer money towards the owners of the defense industry. For the Israeli government they are a (U.S. paid) psychological tool to prevent its people from protesting against the consequences of Zionist land robbery. The Saudis see them as inevitable ransom payment.

Yesterday's public failures of missile defense endanger those purposes. If the general public comes to believe that missile defense can not work the whole scam falls apart. Any future sale should thus be conditioned on a promise to never use the acquired system.