The US threatens Turkey 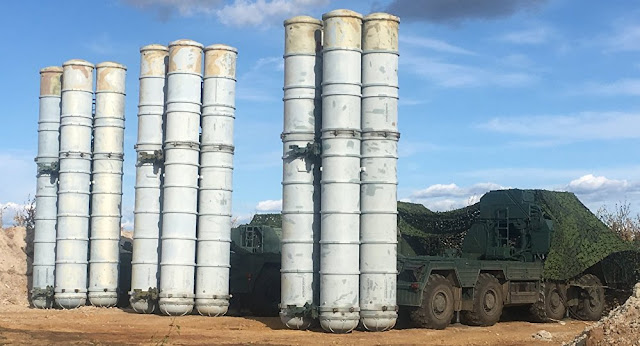 Washington and its allies have urged fellow NATO member Ankara not to install the S-400 system, warning that otherwise the US will stop Turkish forces from flying and developing its F-35 stealth jets.
The US outlined that the instalment of the S-400 would allow the system to learn how to recognize F-35s, which are built to avoid tracking by enemy radars and heat sensors, warning that there will be consequences if Turkey finalizes the deal.
“Everything indicates that Russia is going to deliver the system to Turkey and that will have consequences. There will be a disassociation with the F-35 system, we cannot have the F-35 affected or destabilized by having this Russian system in the alliance,” Kay Bailey Hutchison, the US ambassador to NATO, said in Brussels.
However, Turkish President Tayyip Erdogan said on Tuesday that Ankara will proceed with the S-400 purchase despite the concerns of allies.
“We will hopefully start to receive the S-400 systems we purchased from Russia next month,” Erdogan told members of his AK Party in parliament. “Turkey is not a country that needs to seek permission or bow to pressures. The S-400s are directly linked to our sovereignty and we will not take a step back.”
The United States offered Turkey, which produces parts of the F-35s fuselage, landing gear and cockpit displays, the more expensive Patriot anti-missile defence system. It then offered them a discount, yet the US wasn’t able to deliver the Patriots quickly. Turkey also says that NATO allies have not helped it during times of heightened security concerns, and it, therefore, had to seek alternatives, and Russia came into the picture.
Washington also warned Ankara that it will face US sanctions over the agreement with Moscow. However, NATO defence ministers, who will meet for two days in Brussels beginning on Wednesday, are not planning to formally raise the issue.
“It’s not over until it is over, but so far Turkey has not appeared to retract from the sale,” Hutchison said. “The consequences will occur, we don’t feel there’s a choice in that.”
Turkey previously said it would take the necessary measures to avoid complications, and proposed to form a joint working group with Washington to assess concerns. It has said US officials have yet to respond to the offer. Erdogan is expected to discuss the issue with US President Donald Trump at the G20 summit in Japan later this week, and finding a solution around S-400 will be one of the topics of the talk, Reuters reported.
Posted by seemorerocks at 12:27