This is a pretty balanced analysis

Video hosting platform Vimeo - whose CEO contributed to the 2016 Clinton campaign - has completely banned Project Veritas over a viral video of a surreptitiously recorded Google employee admitting that the search giant is training its algorithms to to avoid the "next Trump situation," raising questions of 2020 election meddling. 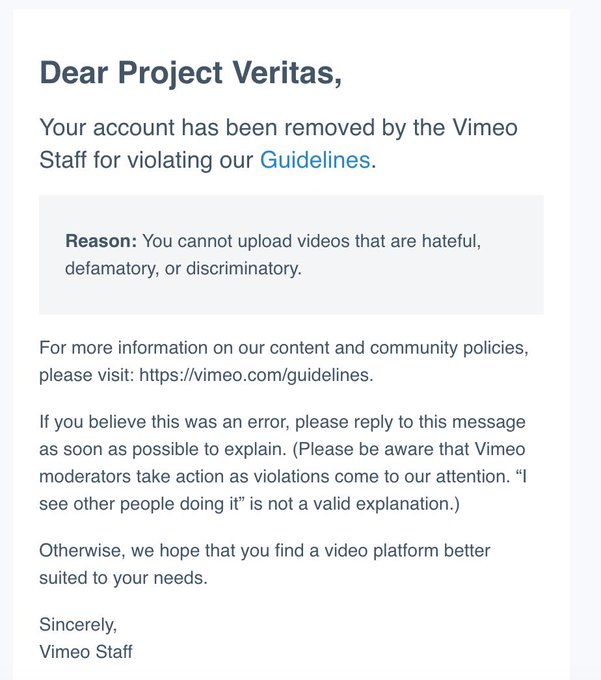 The Google employee, Jen Gennai, claims that she was referring to election meddling in terms of preventing another "Trump situation," however the Department of Justice is on recrord saying that Russian attempts to influence the 2016 US election did not alter the outcome. 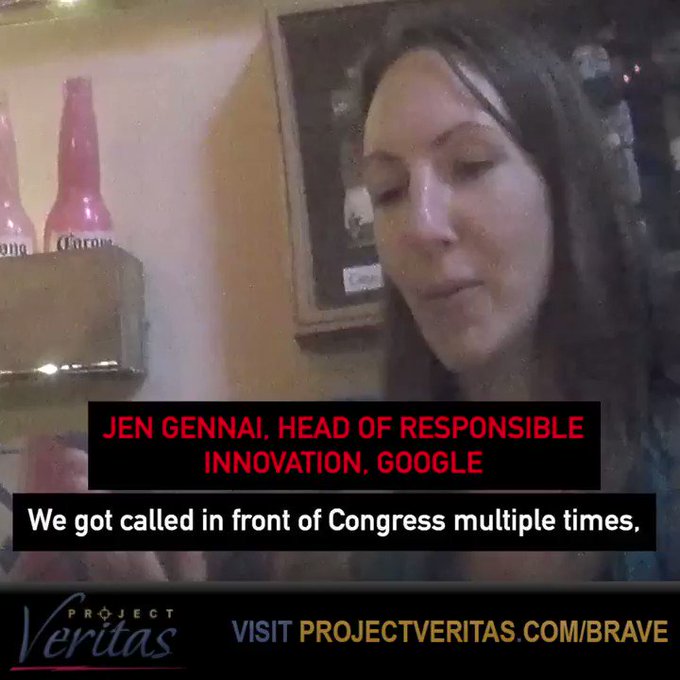 Google Exec Jen Gennai on Hidden Cam says @ewarren is "very misguided" on big tech break-up, "smaller companies who don't have the same resources that we do will be charged with preventing the next @realdonaldtrump situation, it's like a small company cannot do that." #DemDebate


On Wednesday, Veritas tweeted a list of big tech companies and their responses to various exposés, asking "DO THINK BIG TECH IS WORKING TOGETHER?"

DO THINK BIG TECH IS WORKING TOGETHER?

16.2K people are talking about this


Meanwhile, for content creators worried about YouTube or Vimeo arbitrarily demonetizing or otherwise deplatforming them, check out BitChute, which has created a method to automatically transfer YouTube videos to the platform.

August 27, 2018 (WorldNetDaily.com) - You can't make this stuff up.Never, even in my fertile imagination, would I have guessed that we would find a smoking-gun 49-page memo revealing how George Soros operatives, including David Brock, were there at the genesis, the planning stages, with their hands on the ignition key, of the most concerted, well-funded, diabolical attack on free speech in the history of America.But there it is.Millions saw it on the DrudgeReport – including, no doubt, President Trump, Vice President Pence and Republican congressional leaders. But most Americans still know nothing of its existence – because it was not reported among the Big Media. They don't want you to know about it. They would be embarrassed if America found out how they have been used and manipulated – from their focus on "Russian collusion" to other wild conspiracy theories targeting their No. 1 villain, President Trump.It was nothing short of a plan to turn Google, Facebook and other social media into hyper-partisan Democratic Party activists, promoters, cheerleaders, and off-the-books donors in an effort to turn the country into a one-party state.And they're getting away with it, even though the beans have been spilled publicly. That's partly because, as I have pointed out before, Google-Facebook control the media. They use the media. They manipulate the media. They choose winners and losers among the media. That's real power that we have never seen before in American life.The timing of this insidious plot is key. When did it begin? Right after Trump was inaugurated. That's when the attacks on the independent, alternative media — WND, Breitbart, et al. — began. We've been feeling the squeeze ever since — through politically skewed algorithms and speech codes.The Google-Facebook-YouTube-Twitter-Amazon-Apple cabal is trying to ensure that we never have a free and fair election again in America. The "Russia-collusion" hoax is meant to take your eye off the real collusion by un-American, anti-free speech radical political activists.Do you get it now?Do you understand what I have been warning about furiously since January of this year?Read the whole memo, if you have the stomach for it.These people are crazed, shameless and hell-bent on fundamentally transforming America from a free and open society to one that is dominated by mega-corporations who want to control everything – mostly you and how you think and behave.Now, what do we do about it?
This article first appeared on WorldNetDaily and is re-published with permission.RELATED:
60 groups consider suing Southern Poverty Law Center after it pays $3.4 M in defamation settlement
Here’s how this liberal law center seeks to crush opponents of the LGBT agenda
Liberal law center ranks ‘#merrychristmas’ as top Twitter ‘hate’ speech on Christmas day
Globalist George Soros laments Trump’s victory: ‘everything…has gone wrong’
Pro-abort billionaire George Soros gives $18 billion to make his foundation second richest in U.S.
Facebook’s censorship has gotten worse. A lot worse. 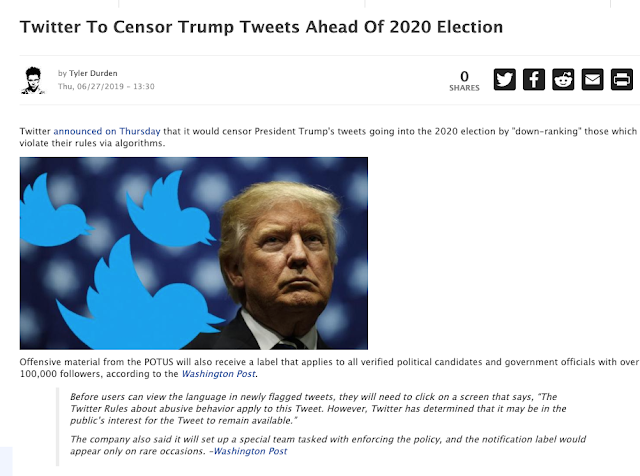 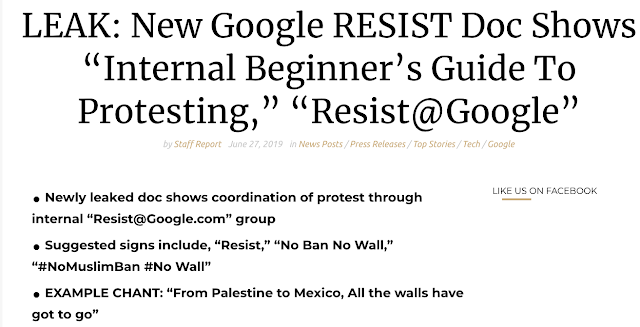 https://www.projectveritas.com/2019/06/27/leak-new-google-resist-doc-shows-internal-beginners-guide-to-protesting-resistgoogle/
Posted by seemorerocks at 09:58