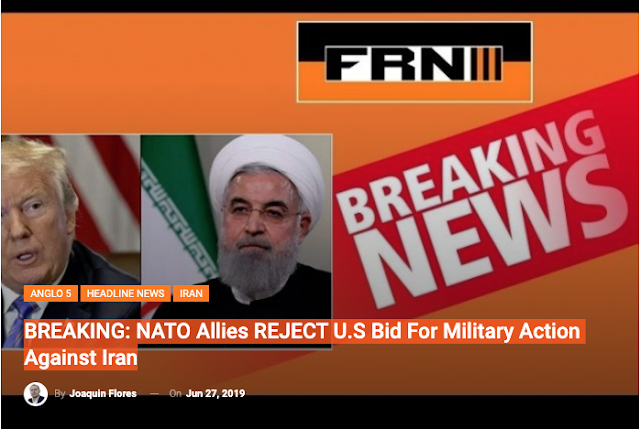 This comes as a surprise to the Washington led trans-Atlantic alliance, and has become an apparent cause for panic within the US side. What is furthermore revealed as a consequence of this report, is that the US lacks the military-logistical support to carry out offensive moves in the Persian Gulf if acting alone.

The U.S. has blamed Iran for recent attacks on oil tankers near the Persian Gulf. These tankers were not American, however. Japanese Prime Minister Abe, for his part, took the version of events explained by tanker workers, and publicly disputed the US claims.

A senior U.S .official says allies expressed interest in Esper’s request during their meetings in Brussels. The official spoke on condition of anonymity to describe private discussions. Increasingly though, the pattern of leaks from anonymous official sources to American media have shown to be false or misleading.

NATO allies have expressed reluctance to get involved in any military effort to help secure the interests of Israel and the United States in the region. European leaders have said they want more emphasis on minimizing the chances of war. European leaders have been unanimous in their desire to implement the JCPOA. The failure of the US to adhere to it is said to be a result of pressure from Israel. European leaders have not been able to implement the JCPOA as a result of pressure from the United States and Israel within their political and economic systems. Therefore, there is a divergence between Europe’s desired policies and those they can implement. 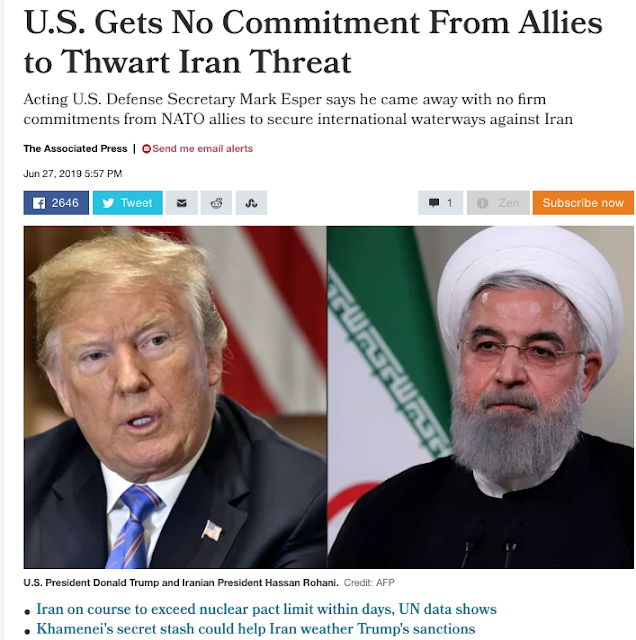 
'Not Enough': UAE Rejects US "Proof" Of Iran's Role In Prior Tanker Attacks