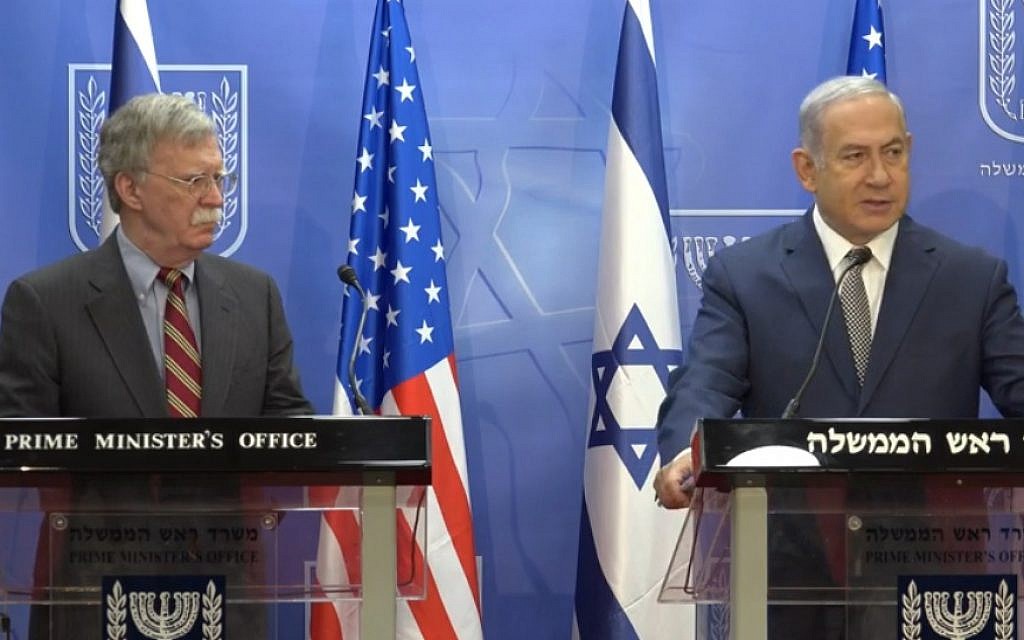 As I posted on June 22 , the world still faces the danger of an attack on Iran by Washington acting as an agent of Netanyahu.  Israeli agent John Bolton is already in Israel conferring with Netanyahu.  It is a safe bet that a more serious false flag attack is being planned that will force Trump to save face by attackingIran.

If Israel and its neoconservative American agents succeed in setting the Middle East on fire, it will also be the fault of the Russian and Chinese leadership.  The Russians and Chinese could stabilize the situation by announcing a NATO-type alliance with Iran and putting military forces in the country, and by informing the criminal Netanyahu that if war breaks out Israel is the first to go.

I am aware of the arguments that it is not Russia and China’s responsibility to protect Iran and save the world.  The problem with this view is that if a conflagration breaks out, neither Russia nor China can escape its consequences.  It would be far more intelligent for the two governments to take unified proactive measures than to be faced with having to react to a conflagration.

The US Congress long ago decided to evade responsibility by giving up its war authority, a decision that currently rests in the hands of Bolton and Netanyahu.

The European politicians are Washington’s mindless puppets.  The only chance for world leadership resides in the Russian and Chinese governments.
Both should understand that their inaction is a form of deadly action. 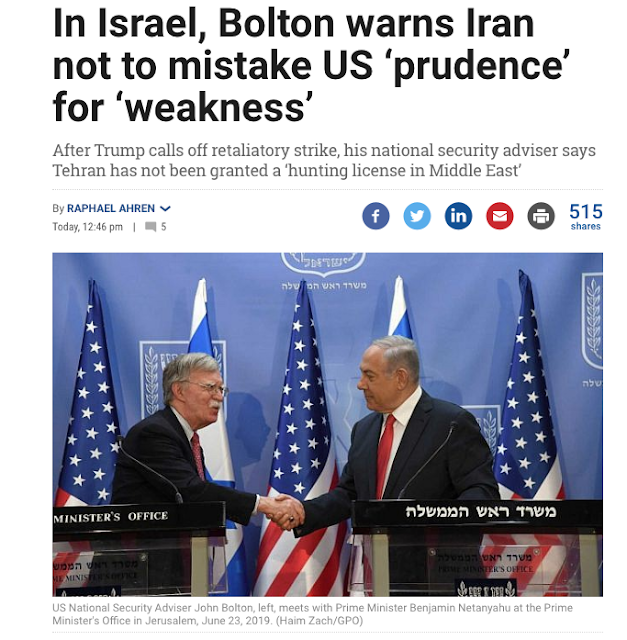 https://www.jpost.com/Middle-East/Bolton-in-Israel-Iran-can-never-have-nuclear-weapons-593389
Posted by seemorerocks at 18:30