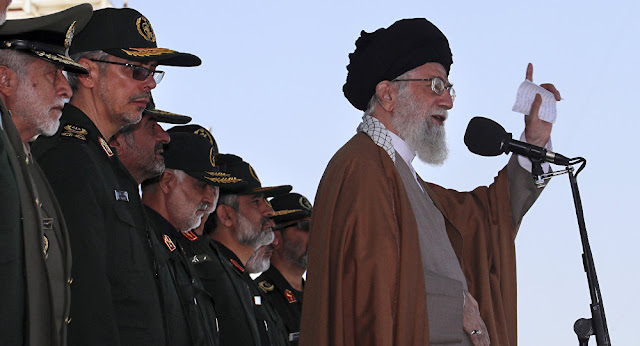 Washington previously imposed restrictions on Iranian Supreme Leader Ali Khamenei and "those closely affiliated with him". US President Donald Trump has said he is responsible for "the hostile conduct" of Tehran towards the United States.
Iranian President Hassan Rouhani has stated that the sanctions against Tehran show the US administration's "despair", calling the White House "mentally retarded". Rouhani stressed that the sanctions against the country's Supreme Leader Ayatollah Ali Khamenei are futile, because he has no assets abroad.
The statement comes after Iranian diplomats slammed US policy toward the Islamic Republic.
"Imposing useless sanctions on Iran's Supreme Leader [Ayatollah Ali Khamenei] and the commander of Iran's diplomacy [Foreign Minister Mohammad Javad Zarif] is the permanent closure of the path of diplomacy", Foreign Ministry spokesman Abbas Mousavi stated. 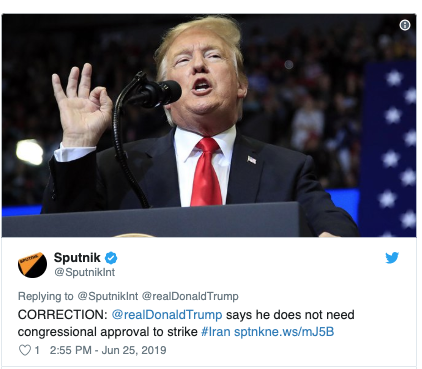 The US sanctions targeting top Iranian statesmen come after the downing of a US drone by the Islamic Revolutionary Guard Corps last week. According to Tehran, the UAV and P-8 Poseidon spy plane accompanying it had violated the country's border.
At the same time, the US insists that the aircraft were flying above neutral waters in the Strait of Hormuz.
Addressing the incident, Trump said that the US planned to retaliate with a military strike, claiming he had stopped the operation 10 minutes prior to its start in order to avoid disproportionate casualties. 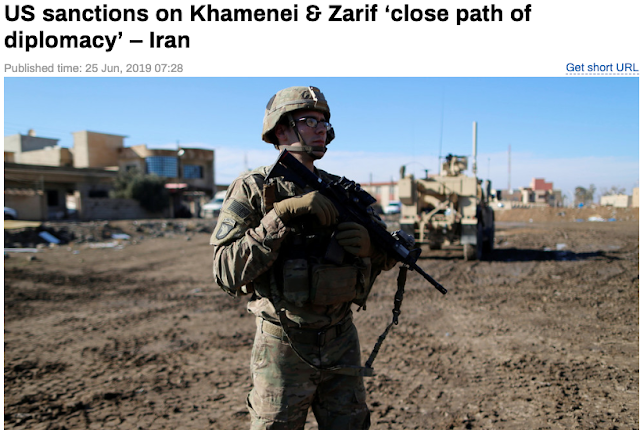 https://www.rt.com/news/462617-us-sanctios-zarif-khamenei/
The US has destroyed the glimmering chance for negotiations and undermined “world peace and security” by targeting the Iranian leadership with a new wave of sanctions, Tehran has said.
By slapping “useless sanctions” on Iran’s top officials, Washington has precipitated “the permanent closure of the path of diplomacy,” the spokesperson for the Islamic Republic’s Foreign Ministry, Seyyed Abbas Mousavi, said on Tuesday.

His words were echoed by Iran’s envoy to the UN, Majid Takht-Ravanchi, who said“there is no way that Iran and the US can start a dialogue” while Washington is applying economic pressure and sanctions against the country.
On Monday, the US announced plans to blacklist Iran’s Supreme Leader Ali Khamenei and Foreign Minister Mohammad Javad Zarif. President Trump explained that the new sanctions are a response to Iran shooting down a US drone last week, among other things. He also said that he had considered striking several targets on Iranian soil, but called off the attack.
Even Channel 4 News is saying sanctions are more of the same which gave rise to the conflict in the first place