The stories just keep coming in and it is almost impossible to be on top of the climate and weather apocalypse.


Weather chaos and climate disaster round the globe 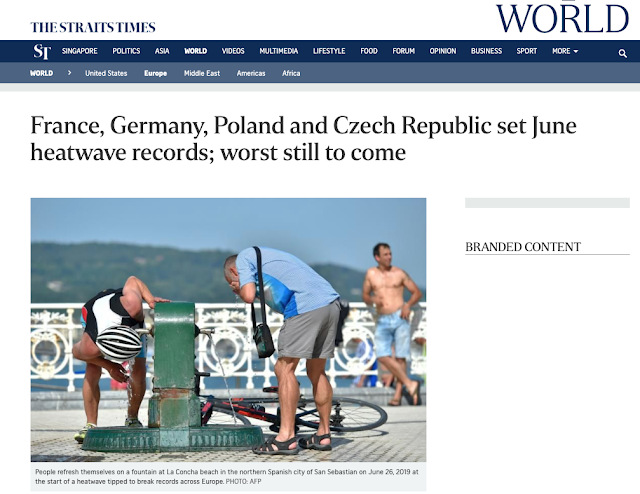 A ferocious heatwave has overtaken parts of Europe. It has already set a number of records, and there are several days of extreme heat to go.

As the heatwave escalates towards its peak late this week, temperatures have already neared or surpassed 37.8 deg C in parts of France, Germany, Poland and Spain. Even Switzerland has locations which have risen past the 30 deg C mark.

The authorities raised alerts on Wednesday (June 26) as the heatwave threatened to intensify, with temperatures heading into the 40s deg C.

While records will continue to be broken in the days ahead, a number of historic marks have already been set as the heatwave cranks up. 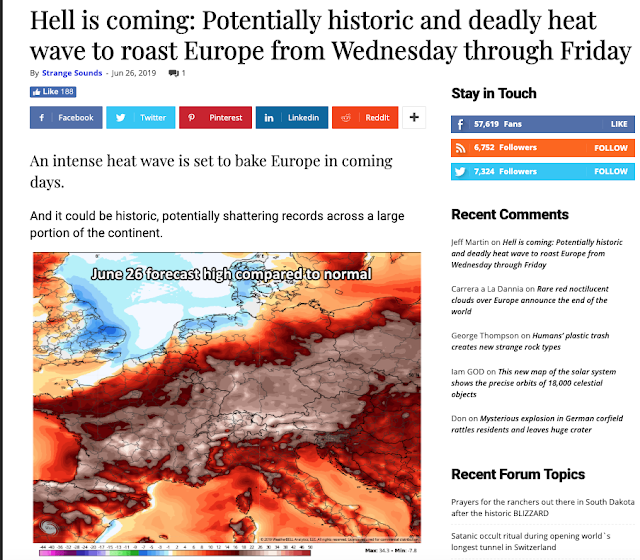 An intense heat wave is set to bake Europe in coming days.

And it could be historic, potentially shattering records across a large portion of the continent. 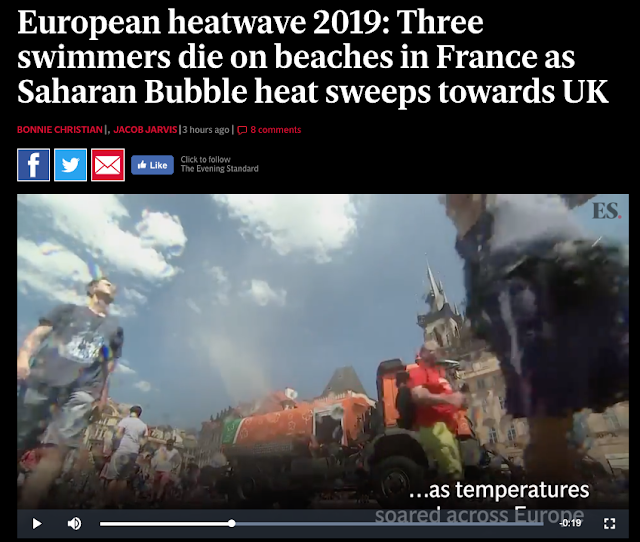 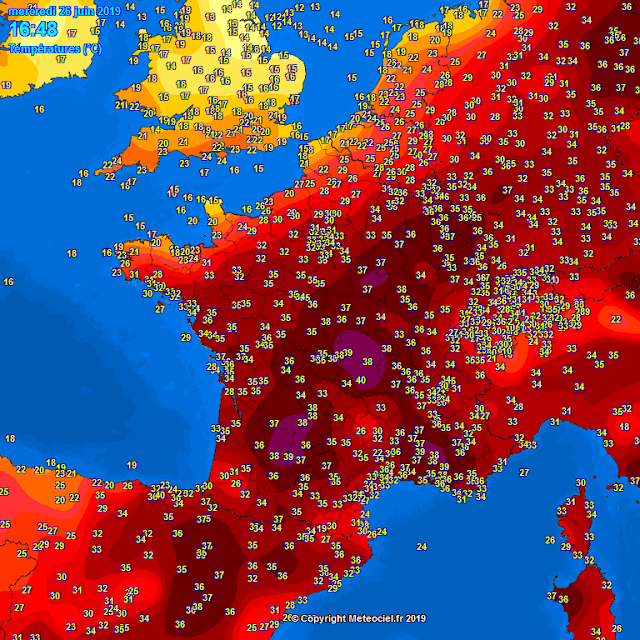 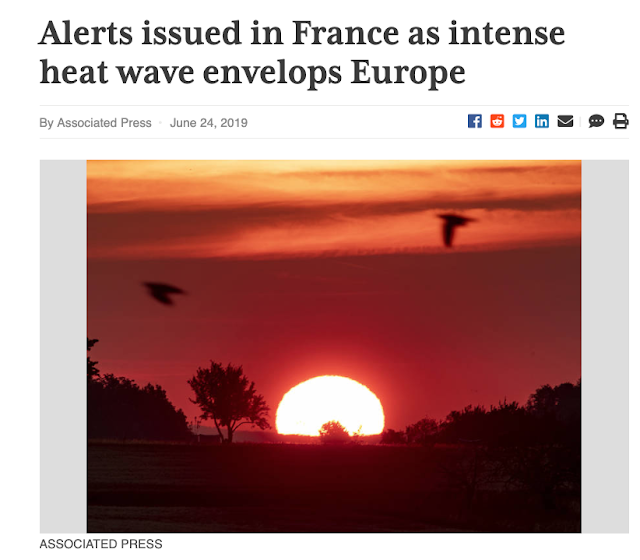 More than half of France, including around Paris, was placed on an orange alert for intense heat today — the second-highest level on the scale — as very hot temperatures were predicted across continental Europe this week.

The national weather agency Meteo France said the heat wave beginning today is expected to last all week with temperatures of up to 104 degrees Fahrenheit across the country just as the summer tourist season shifts into high gear. The peak is expected on Thursday.

In Paris, charity organizations were patrolling the streets to provide water to homeless people and local authorities organized air-conditioned places where the public can seek shelter.

French Education Minister Jean-Michel Blanquer, deciding it was too hot to study, ordered national exams by students heading to high school postponed from Thursday and Friday to next week. 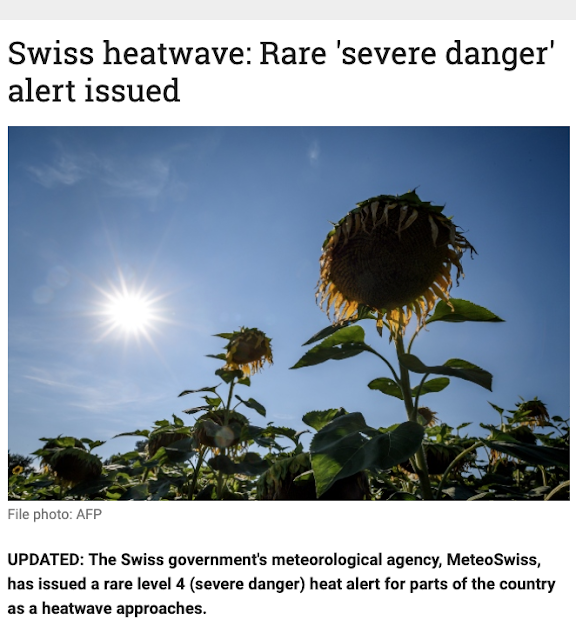 The Swiss government's meteorological agency, MeteoSwiss, has issued a rare level 4 (severe danger) heat alert for parts of the country as a heatwave approaches.

The weather agency says most of the country will see temperatures of over 30C on Monday.

But the real heat will arrive after Monday, with MeteoSwiss forecasting maximums of 33–37C from Tuesday through to Thursday.

The agency has now issued a level 3 heat alert (significant danger) for many parts of Switzerland. For the Basel region and for central Valais, a level 4 alert (severe danger) has been issued.

worth of rain  in one hour – but 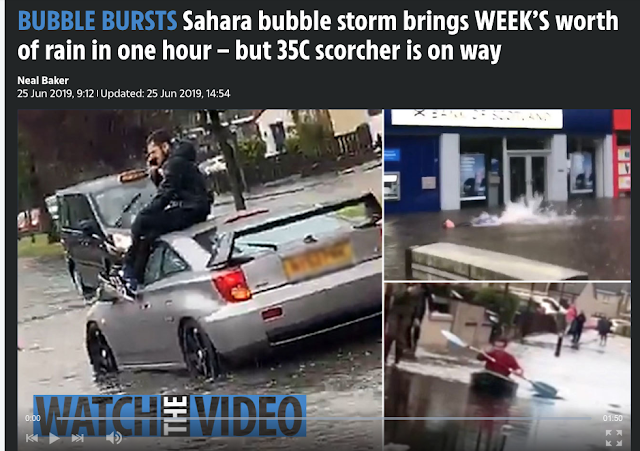 A SAHARA bubble storm has brought a week's worth of rain in an hour causing flooding misery for millions today - before a 35C scorcher banishes the wet weather later this week.

Weather forecasters have issued a "danger to life" warning for much of England and Wales today - as Britain reels from the tail-end of a 60-hour-long weather bomb.

that kill humans with one sting 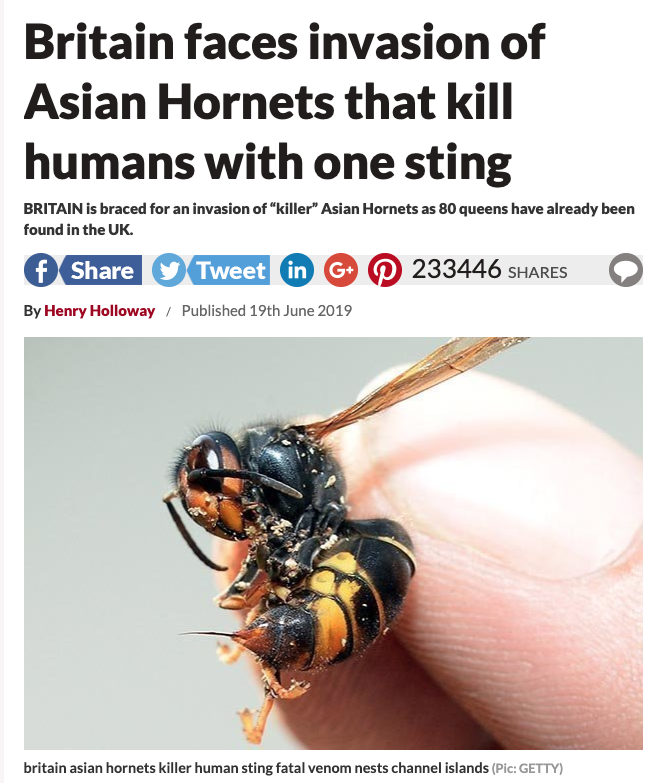 BRITAIN is braced for an invasion of “killer” Asian Hornets as 80 queens have already been found in the UK.

This article says what no one in the mainstream will say!\ 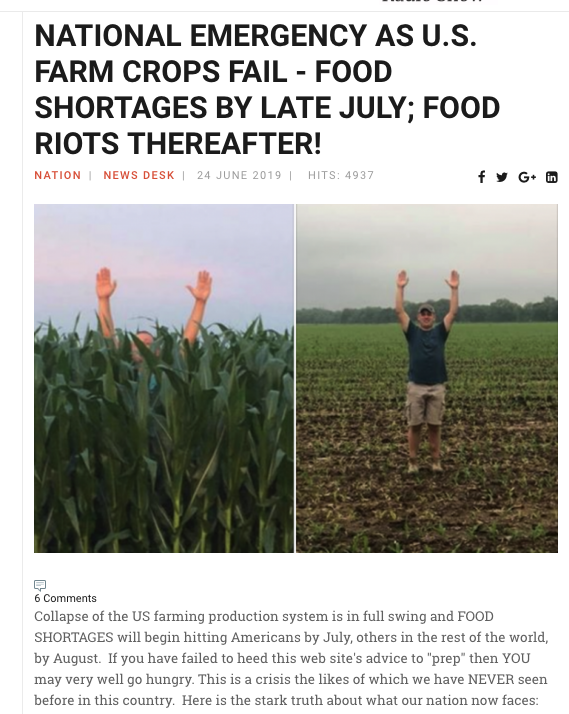 Collapse of the US farming production system is in full swing and FOOD SHORTAGES will begin hitting Americans by July, others in the rest of the world, by August. If you have failed to heed this web site's advice to "prep" then YOU may very well go hungry. This is a crisis the likes of which we have NEVER seen before in this country. Here is the stark truth about what our nation now faces:

Torrential rains have been hammering the heartland of America for months, and at this point vast stretches of farmland in the middle of the country are nothing but mud. As a result of the endless rain and unprecedented flooding that we have witnessed, millions of acres of farmland will have nothing planted on them at all in 2019, and that is a major national crisis. 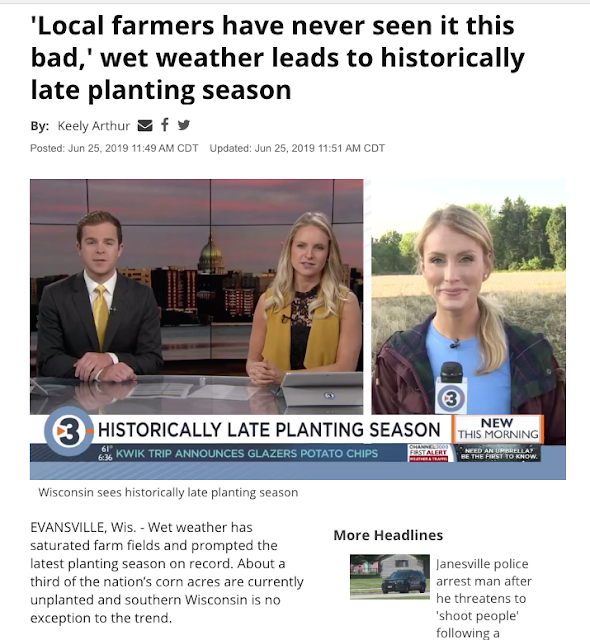 Wet weather has saturated farm fields and prompted the latest planting season on record. About a third of the nation’s corn acres are currently unplanted and southern Wisconsin is no exception to the trend.

“Local farmers have never seen it this bad, even farmers who have farmed their whole lives,” said Nick Baker, an outreach specialist for the UW Extension. “We’ve never seen a spring this tough.” 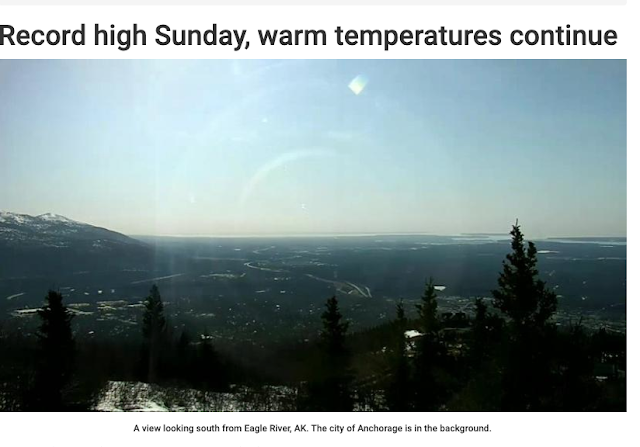 Anchorage saw a record high temperature on Sunday hitting 77 degrees Fahrenheit. The previous record for June 23 was 75 degrees in 1974. The last time the official temperature in Anchorage hit 76 degrees was July 7, 2018. 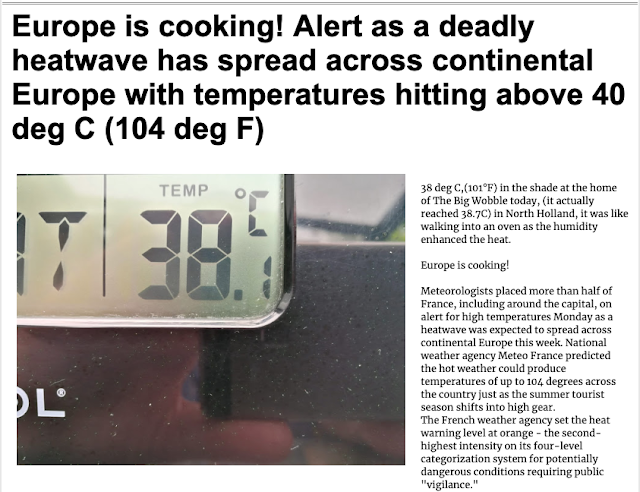 Europeis cooking! Alert as a deadly heatwave has spread across continentalEurope with temperatures hitting above 40 deg C (104 deg F) 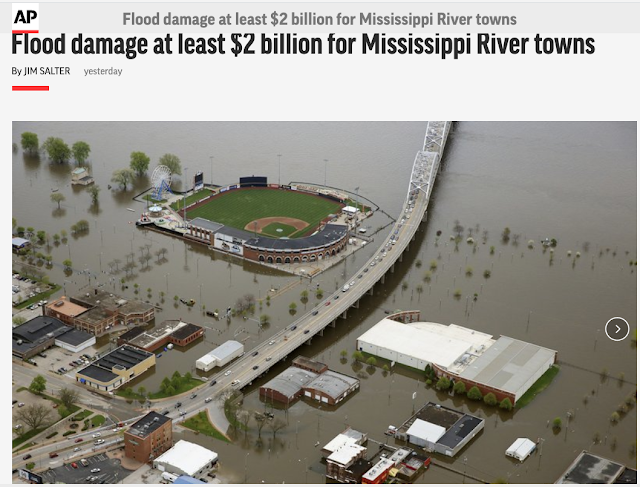 Repairs and cleanup following the prolonged flooding along the Mississippi River will cost more than $2 billion, an advocacy group for river communities said Tuesday.

Heavier than normal snow melt in the late winter and frequent and heavy rains through the spring led to flooding that approached record levels in several towns from Iowa to Louisiana. Equally troubling has been how long the high water has stuck around. Even now, the river remains well above flood stage throughout much of the Mississippi River corridor.

Soybeans may be the next market to

surge as rain drags on 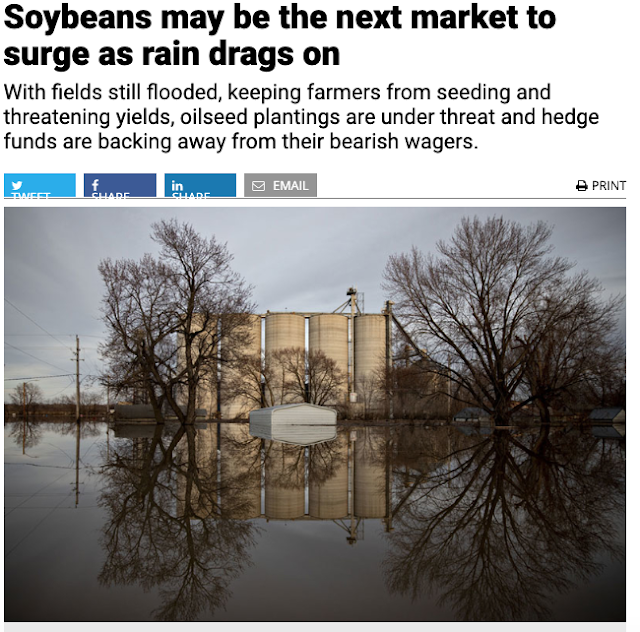 With fields still flooded, keeping farmers from seeding and threatening yields, oilseed plantings are under threat and hedge funds are backing away from their bearish wagers. 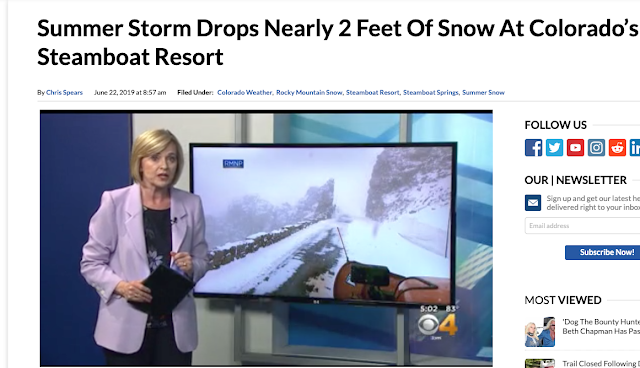 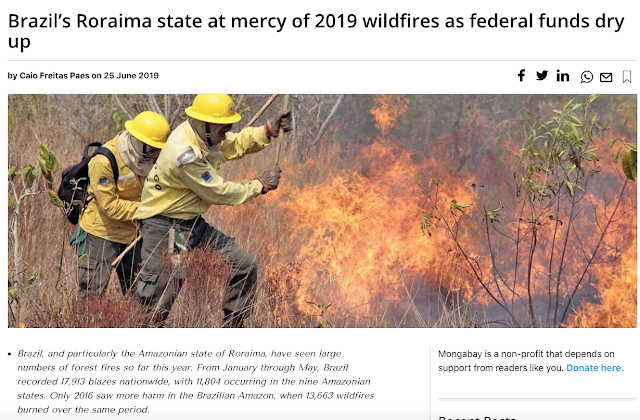 The Everglades Is on Fire 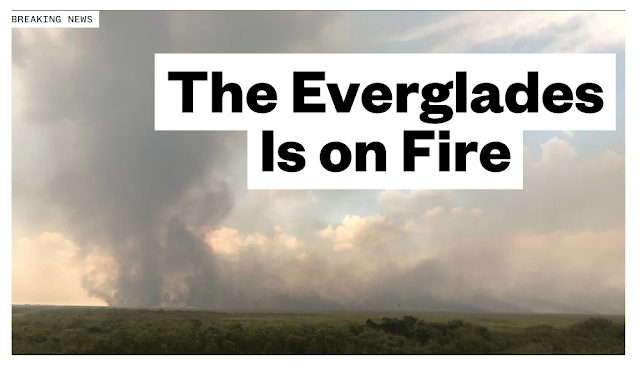 A massive wildfire has consumed more than 17,000 acres of the Everglades in less than 24 hours, the Florida Forest Service told VICE News.

Officials believe lightning started the blaze Sunday evening in west-central Broward County. Since then, the flames spread quickly: As of 4 p.m. on Monday afternoon, an area of 17,000 acres was burning — and had been 0% contained. 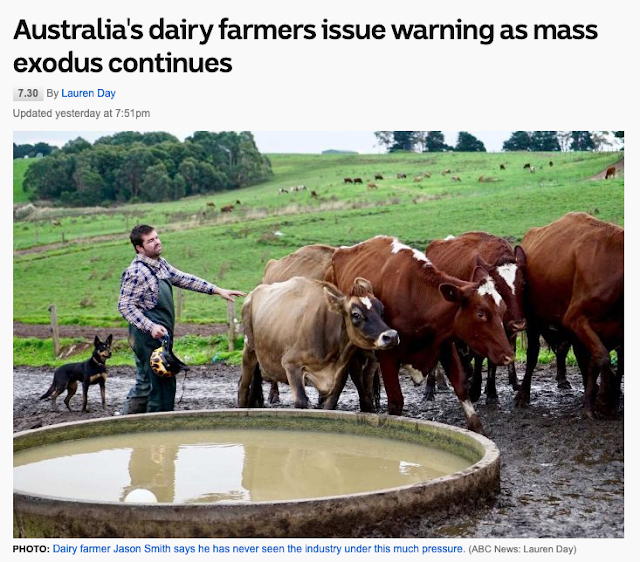 Fifth-generation dairy farmer Jason Smith is used to the early starts and late nights, the freezing fingers, sick animals and constant threat of being covered in cow dung.

But nothing prepared him for just how tough it was to stay afloat in the embattled dairy industry. 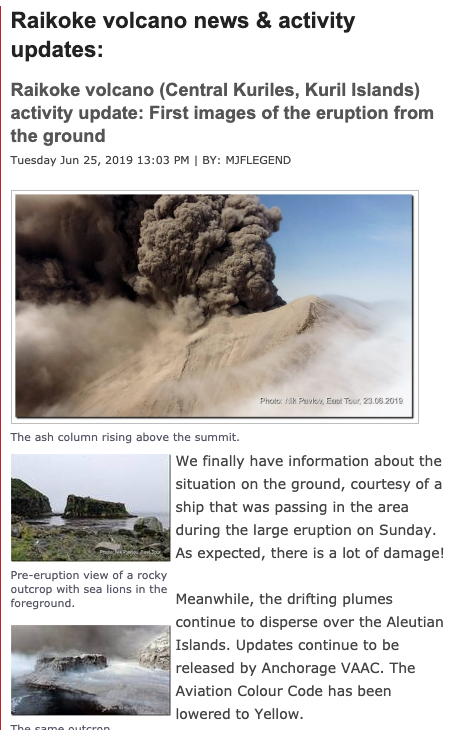 the eruption from the ground 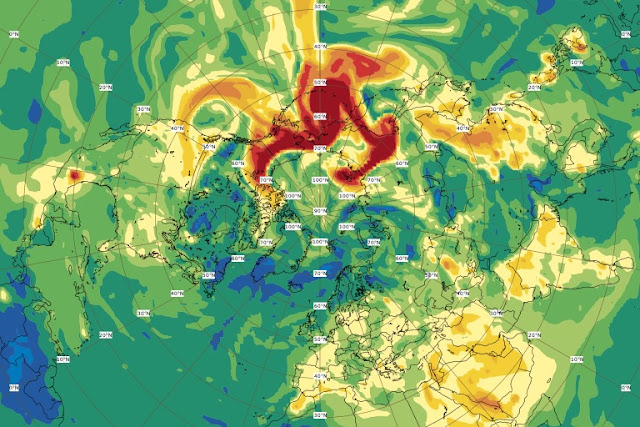 Here's how the Sulfur Dioxide from the Raikoke Volcano is spreading over the Arctic and Pacific areas. (CAMS North Pole view - 6/25/19) 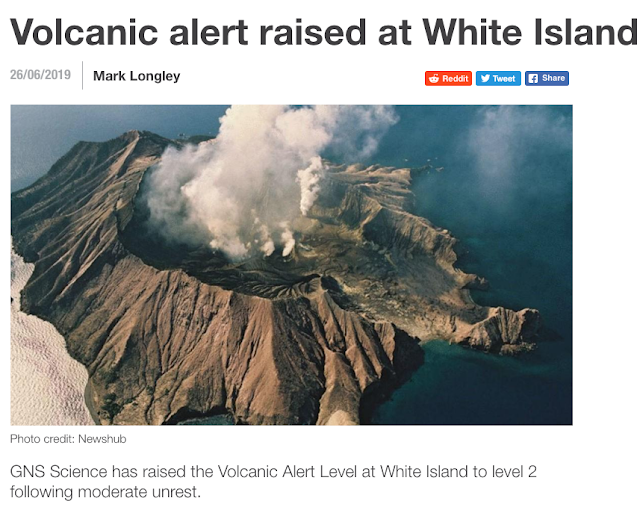 In a statement released on Wednesday, GNS said recent earthquake swarms has shown an increase in sulphur dioxide gas flux to historically high levels.
"The change in gas flux represents a significant change in our background monitoring parameters at Whakaari and is consistent with moderate or heightened volcanic unrest," the statement said. 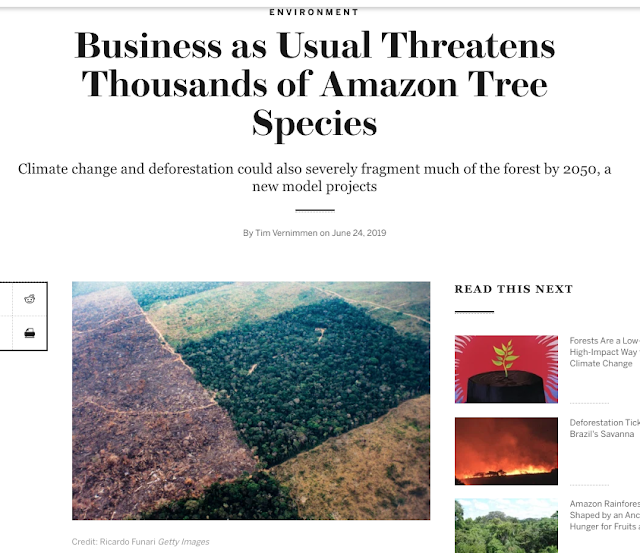 Climate change and deforestation could also severely fragment much of the forest by 2050, a new model projects 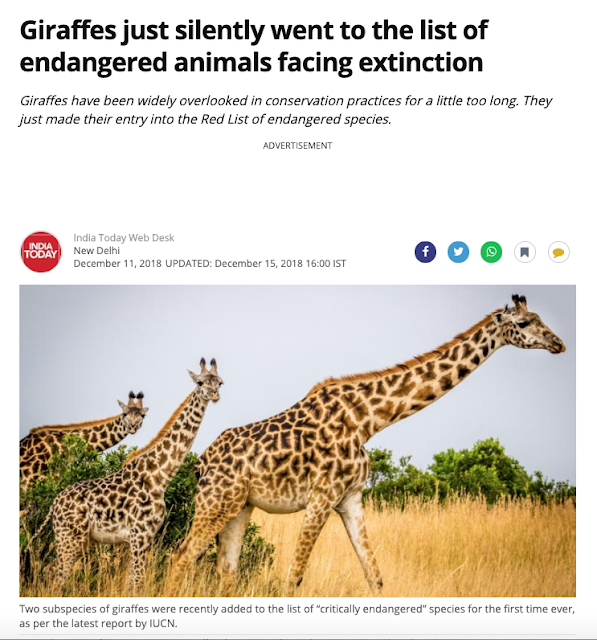 Giraffes have been widely overlooked in conservation practices for a little too long. They just made their entry into the Red List of endangered species

WAS STRUCK BY A STRONG DOWNPOUR

Monday, June 24, in the city of Ulyanovsk (Russian Federation), the rain fell and the winds of unprecedented strength. About it writes the local edition.

“Residents in a panic — it seems that there were no signs, and the sky was cloudless”,— say the residents of the city. 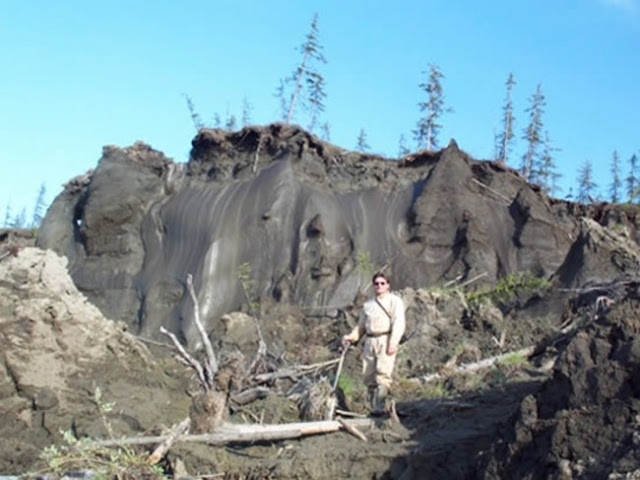 A recent report revealed that the thawing permafrost at the Arctic is releasing toxins, ancient diseases, nuclear waste, and carbon dioxide that will double the amount of greenhouse gases already in the atmosphere.

melting at levels not expected until2090 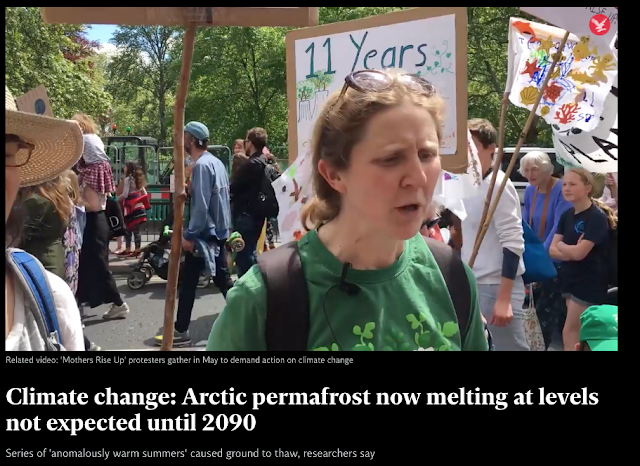 
And finally...
(Under previous administrations we had non-action and oil pipelines. Under Trump we have the SAME - on steroids)

harm crops and cause health problems 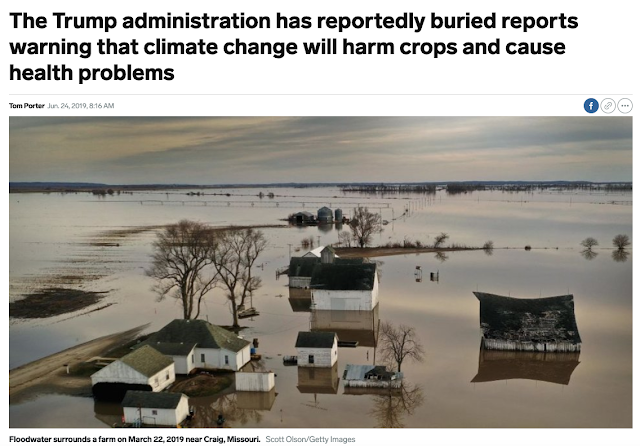 New Zealand's most fertile land dug up for housing 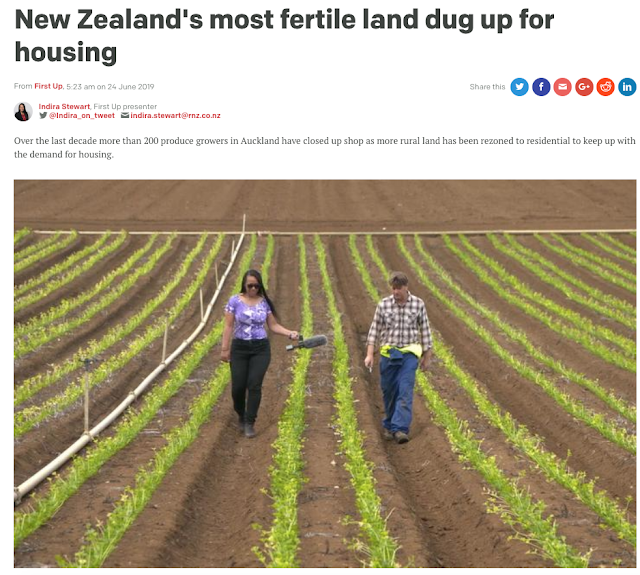 Over the last decade more than 200 produce growers in Auckland have closed up shop as more rural land has been rezoned to residential to keep up with the demand for housing.