This is what Macron, who DEMANDS "climate change action" does to his own people

This is the APPEARANCE from a globalist tyrant 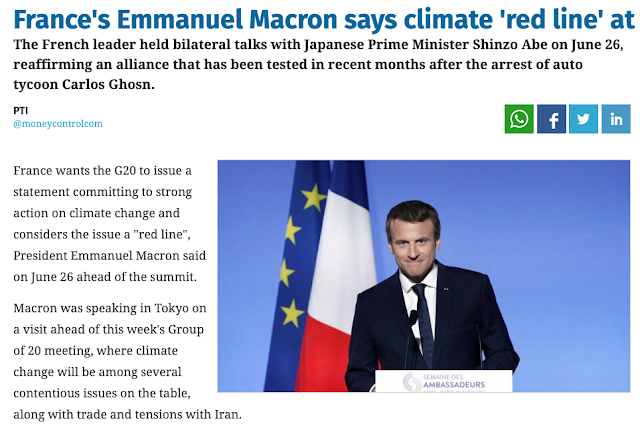 This is the REALITY

On 'Hottest Day in History of France,' World Told 'Do Not Look Away' as Police Tear-Gas Climate Campaigners in Paris

"Watch this video and ask yourself," said Greta Thunberg, "who is defending who?" 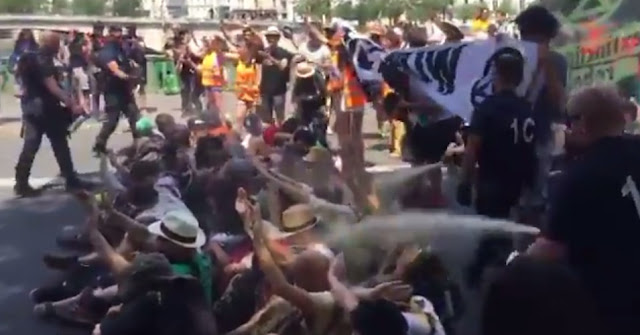 Activists with Extinction Rebellion (XR) were occupying a bridge over the Seine to demand the French government declare a climate emergency and take necessary action to avert planetary catastrophe.


"We need to civilly disrupt because, otherwise, nothing is going to be done," a British woman who took part in the protest told Euronews.


Video shows the police teargassing the protesters at a close range and then forcibly trying to remove them from the scene. 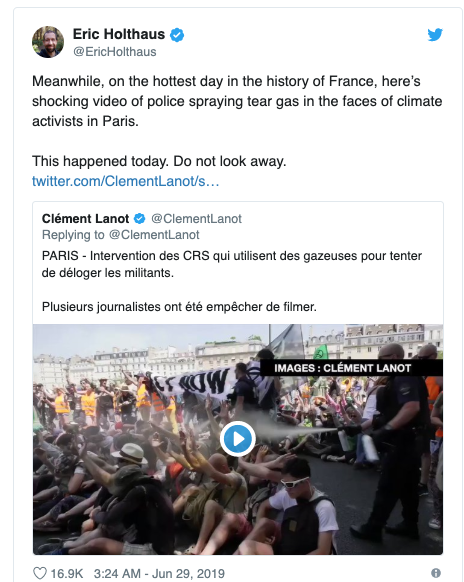 350 Europe described the display of police violence as "shocking."


Greta Thunberg, the Swedish teen who ignited the School Strike for Climate movement, said on social media: "Watch this video and ask yourself; who is defending who?"


The action also drew praise from the U.S.-based Sunrise Movement, who gave props to the protesters for "putting their bodies on the line for climate justice."
The XR action took place as temperatures hovered in near 90 degrees Fahrenheit (32° C) in Paris—far cooler than in some other parts of the country. 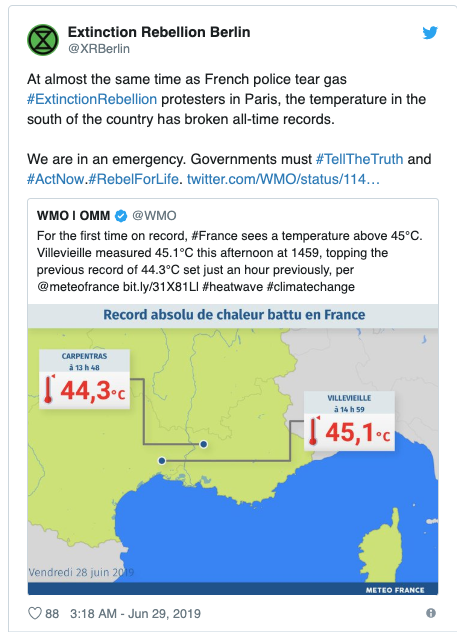 The French meteorological agency said that temperatures topped 45° C (113° F) for the first time on the books, with the threshold being passed in three cities. 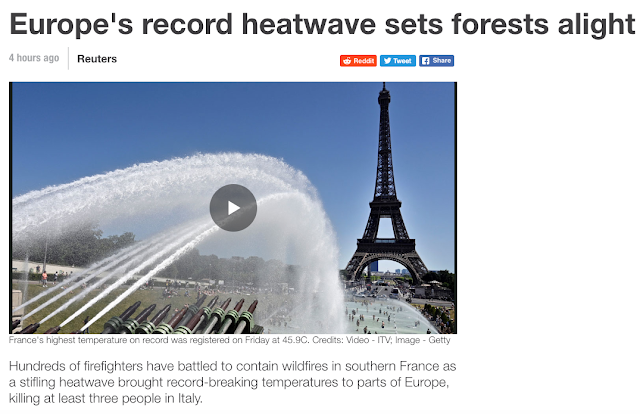 And a bit more reality 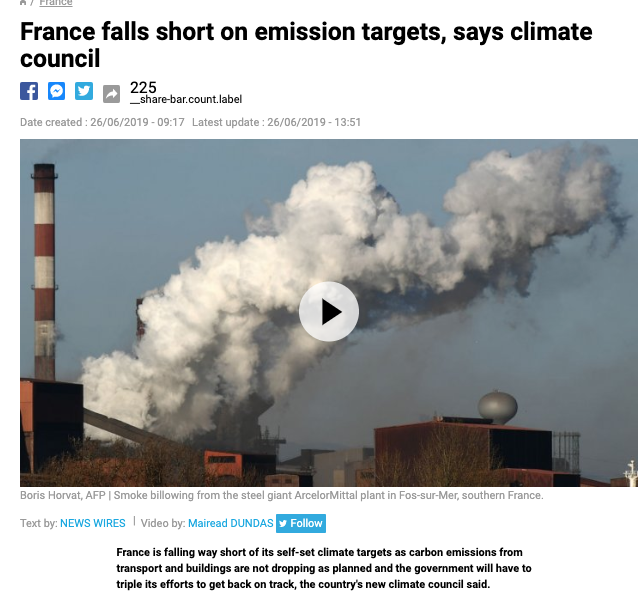 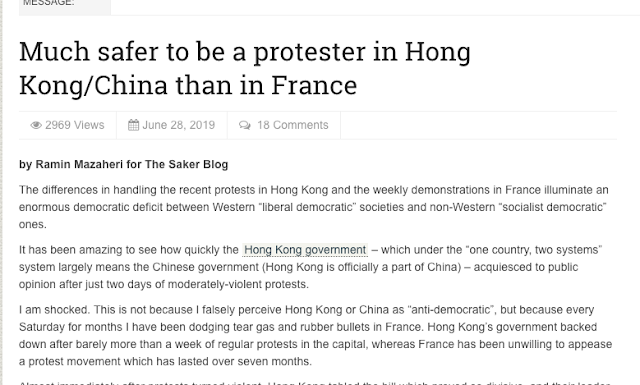 Meanwhile it is the 33rd week of Yellow Vest protests


And then there is THIS 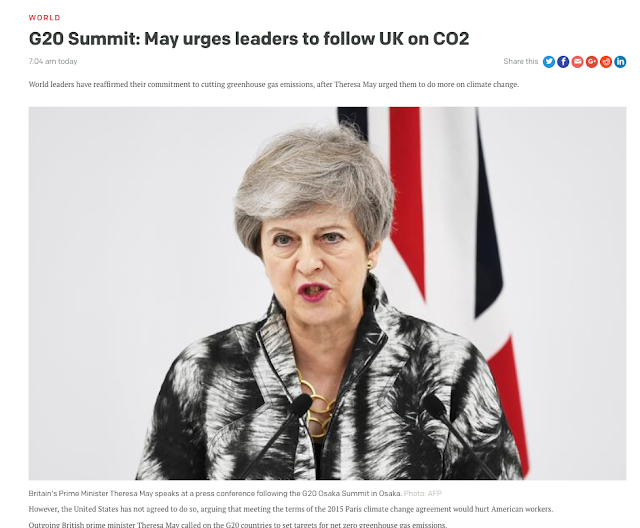 https://www.rnz.co.nz/news/world/393268/g20-summit-may-urges-leaders-to-follow-uk-on-co2?fbclid=IwAR1H7XIw6sbDQeevyj7akE8piLwYGmXj235zBLli5PekmEQiNVP50nGnETw
Posted by seemorerocks at 11:40