Huffington Post, 24 February, 2012
Our food is under threat. It is felt by every family farmer who has lost their land and livelihood, every parent who can't find affordable or healthy ingredients in their neighborhood, every person worried about foodborne illnesses thanks to lobbyist-weakened food safety laws, every farmworker who faces toxic pesticides in the fields as part of a day's work.
When our food is at risk we are all at risk. 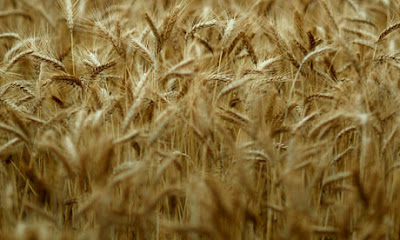 Over the last thirty years, we have witnessed a massive consolidation of our food system. Never have so few corporations been responsible for more of our food chain. Of the 40,000 food items in a typical U.S. grocery store, more than half are now brought to us by just 10 corporations. Today, three companies process more than 70 percent of all U.S. beef, Tyson, Cargill and JBS. More than 90 percent of soybean seeds and 80 percent of corn seeds used in the United States are sold by just one company: Monsanto. Four companies are responsible for up to 90 percent of the global trade in grain. And one in four food dollars is spent at Walmart.
What does this matter for those of us who eat?
Corporate control of our food system has led to the loss of millions of family farmers, the destruction of soil fertility, the pollution of our water, and health epidemics including type 2 diabetes, heart disease, and even certain forms of cancer. More and more, the choices that determine the food on our shelves are made by corporations concerned less with protecting our health, our environment, or our jobs than with profit margins and executive bonuses.
This consolidation also fuels the influence of concentrated economic power in politics: Last year alone, the biggest food companies spent tens of millions lobbying on Capitol Hill with more than $37 million used in the fight against junk food marketing guidelines for kids.
On a global scale, the consolidation of our food system has meant devastation for farmers, forests and the climate. Take the controversial food additive palm oil. In the past decade, palm oil has become the most widely traded vegetable oil in the world and is now found in half of all packaged goods on U.S. grocery store shelves. But the large-scale production of palm oil -- driven by agribusiness demand for the relatively cheap ingredient -- has come at a cost: palm oil plantations in Indonesia and Malaysia are razing rainforests, releasing massive quantities of greenhouse gases and displacing Indigenous communities.
From the global to the local, nothing is more personal than this threat to our food. And nothing more inspiring than the movement that is fighting back. On Monday February 27, tens of thousands of people -- including farmers and food workers, parents and students, urban gardeners and chefs -- will participate in a Global Day of Action to Occupy our Food Supply.
Occupy our Food Supply is a day to both resist Big Food and highlight sustainable solutions that work for all of us. On February 27, more than 60Occupy groups as well as environmental and corporate accountability organizations are joining together. From Brazil, Hungary, Ireland, Argentina, the United States and beyond, people will be reclaiming unused bank-owned lots to create community gardens; hosting seed exchanges in front of stock exchanges; labeling products on grocery store shelves that contain genetically engineered ingredients; building community alliances to support locally owned grocery stores and resist Walmart megastores; and fighting back against industrial giants Monsanto and Cargill.
The call to Occupy our Food Supply, facilitated by Rainforest Action Network, is being echoed by prominent thought leaders, authors, farmers and activists including the Indian environmentalist Vandana Shiva, Food Inc.'s Robert Kenner, and authors Michael Pollan, Raj Patel, Gary Paul Nabhan, and Marion Nestle, among others.
As Michael Ableman, farmer, author, and founder of the Center for Urban Agriculture puts it: "We need to focus on what we are for as much as what we are against; occupying our land, our soils with life and fertility, our communities with good food. We need to work to rebuild the real economy, the one based on seeds and sunlight and individuals and communities growing together."
If you eat food, grow food, love food, join us to Occupy our Food Supply.
Anna Lappé is author of Diet for a Hot Planet: The Climate Crisis at the End of Your Fork (Bloomsbury USA) and a board member of Rainforest Action Network. Willie Nelson is founder and president of Farm Aid. 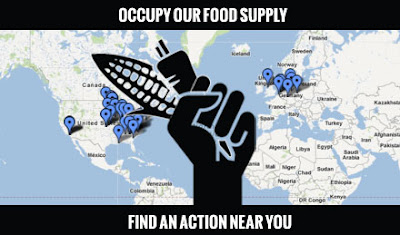