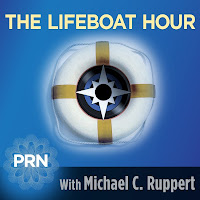 Yesterday Mike Ruppert’s guest on the Lifeboat Hour was Dmitry Orlov. They had a wide-ranging dicussion of the geopolitical situation in the Middle East and America’s sidelining and the growing power of countries like Iran that have oil, as well as of the nature of collapse.
The conversation was largely uninterrupted and an illustration of the power of two powerful representatives of the LIfeboat movement bouncing ideas off each other.
To hear the interview GO HERE
Posted by seemorerocks at 08:47