Occupy London camp destroyed by police in riot gear
RT, 28 February, 2012
The Occupy London camp outside St Paul's Cathedral was destroyed early Tuesday. Hundreds of officers converged on the camp just before midnight local time and began to dismantle what had been home to around 70 activists.
Bailiffs in high-visibility jackets dragged tents and their contents to garbage trucks and dumpsters where they were crushed. Police in riot gear formed cordons to keep protesters and their supporters out of the camp. Activists say the police were met with peaceful resistance.  However, media reports say around 20 protesters have been detained.
Several dozen protesters have been camped on the steps of St Paul's Cathedral since October last year. It was one of the longest-surviving encampments inspired by the New York “Occupy Wall Street” movement against corporate greed.
Last week a court rejected an appeal by protesters against the eviction order. The court ruled that the right to protest did not justify a semi-permanent camp on a public pathway. Local authorities also claim the camp harmed nearby businesses, caused waste and hygiene problems, and attracted crime and disorder. 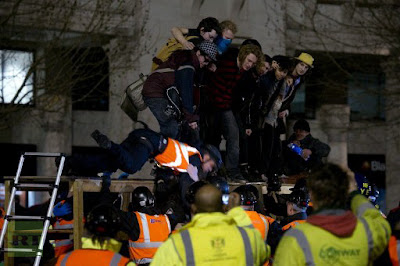 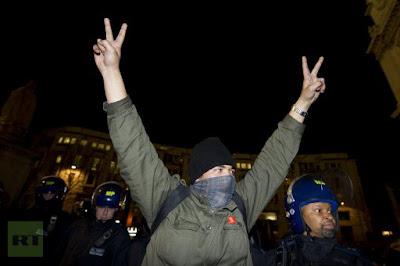 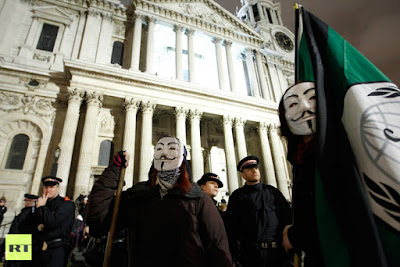 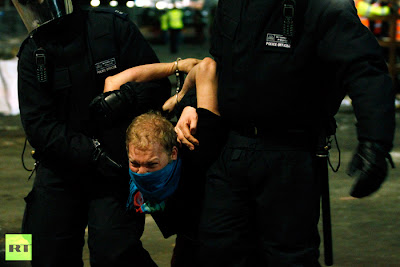 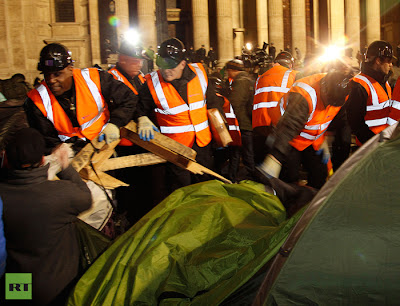 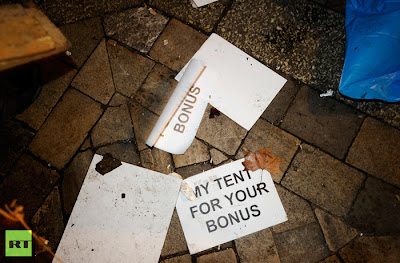 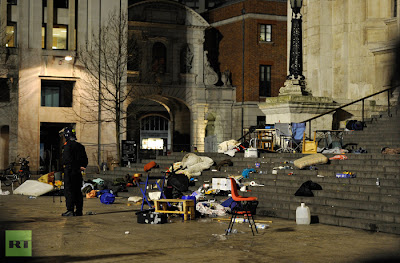 Posted by seemorerocks at 01:09