UK has run out of money'

'Britain on path of bankruptcy'

A prominent professor says UK’s economic and financial model is a failure amid Chancellor George Osborne’s announcement that the country has run out of money. 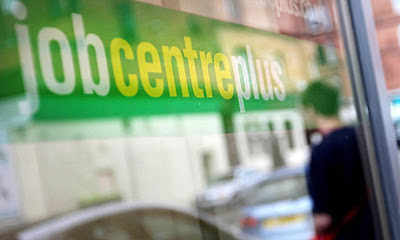 Press TV,
27 February, 2012
Press TV has conducted an interview with Rodney Shakespeare, professor of binary economics, to further discuss the issue.
To watch the interview GO HERE
The following is a transcription of the interview.
Press TV: Osborne specifically said: “The British government has run out of money because all the money was spent in the good years." Is this case of blaming the previous government legitimate?
Shakespeare: The chancellor’s statement is a stark admission that the present economic and financial model is finished, and that he has no way to correct it. Indeed it is a stark admission that he has no real understanding of the nature of the problem.
It is not that the government’s debt is roughly 75 percent of GDP is overly high; it is that all the debt in the UK at 500 percent of GDP is out of control. And of that 500 percent, 200 percent is due to the financial institutions.
Osborne should start by correcting the cause of the problem which is to take control of the banks who’ve created money endlessly at compound interest and have failed to put it into the real economy and the spreading of the real economy. And he can do that by a gentle rise in banking reserves.
At the same time, he should then open up an interest free supply administered by the banks for the spreading of the real economy to every person in society. And that, though, would be interest free and it would be national money and repayable to the national bank.
But he’s not prepared to do that because he represents the paradigm of an...interest bearing vampire-squid economy only concerned with the one percent sucking up all the time a percentage of wealth to themselves and having no concern for the 99 percent.
Osborne’s admission is a complete failure and he does not understand that not only has the system failed, it is corrupt, it is finished. But he does not understand what is the only way forward.
Press TV: Speaking about a way forward, professor Shakespeare, Osborne has also said that there will be no tax cuts and increased spending or borrowing. Is that the right move?
Shakespeare: All of those statements that he’s just made, that you just referred to there, are in fact proposals within the existing paradigm and are ignoring the straight fact that a 500 percent of GDP of UK’s debt is completely and utterly out of control.
At the same time, all these debts are not related to the real economy and the building of the real economy. I mean, they’re running around in circles desperately saying let’s do this or let’s not do that, and failing to see that the system itself is going down.
It’s the same with the other countries. It’s the same in Europe. This is why country after country after country is falling into un-repayable debt and they come up with what might be termed the traditional solutions but none of them are going to work. And all of them have the effect of making the situation worse.
So he must stand up and start by saying the system is corrupt, it’s failed, we have to find a new way of thinking. But to do that, he’s going to have to challenge the banks. He’s going to have to say we’re going to overthrow the corrupt practices of the banks, and the understanding that the banks are at the center of efficiency, of justice and wealth.
When you start and say that, and you understand that, then you can find new policy.
But since Osborne is controlled by the banks, I’m afraid it’s highly unlikely that he’s going to do it.
Press TV: Professor, what of the private sector? Is encouraging the private sector to pick up the slack the right move on the part of the British government?
Shakespeare: Well, by the private sector he means bank lending. What he must do is encourage a form of lending which is interest free and which, in fact, directly acts on the real economy and the spreading of the real economy.
But he has no concept of actually spreading the real economy. They don’t understand that all the time ownership is getting concentrated, that most of the spending goes into anything except the real economy.
You see, the political establishments, and it’s not just the UK for example in all European countries, is controlled by a corrupt banking elite. You have to hit straight at that elite and its practices, and the understanding you have to cut the banks down to size, you have to ensure that any lending - they can lend their own money and throw it away but they must not be allowed to create money out of nothing and then throw it away in such a way that it then creates, for example, debt at 200 percent of GDP which is at the present contribution of the banks to the disastrous situation in the UK.
We need a new paradigm thinking and Osborne is part of the old paradigm.
Petrol reaches new high as UK hit by Iran ban
Oil makes our world go round. But the fuel that drives Britain's economy is soaring in cost.


Lack of public transport forces drivers into debt
Drivers are being forced to go into debt to run their cars, according to a group of charities. 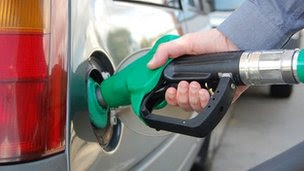 BBC, 27 February, 2012
They claim rising costs means over one million people in Wales would need to spend at least 10% of their income to have a car.
Led by Sustrans Cymru, they want councils and UK and Welsh governments to spend more on public transport.
The Welsh government said it was committed to improving mobility and was targeting resources where most needed.
The report called Access Denied says a lack of alternatives to having a car is forcing people to choose between getting into debt and being cut off from jobs, healthcare, shops and schools.
Backed by Age Cymru, Citizens Advice Cymru, Save the Children and Sustrans Cymru it calls on politicians to tackle what they say is the growing problem "transport poverty."
It claims transport policy has been focused on the needs of motorists but a quarter of households have no car at all.
The charities say it can be a particular problem in rural areas where jobs and services are more widely dispersed and in areas of high unemployment where people are forced to travel outside of their communities to find work.
They say there are eight council areas where more than half the population live in "transport poverty" - in Blaenau Gwent, Merthyr Tydfil, Caerphilly, Neath Port Talbot, Rhondda Cynon Taf, Torfaen, Bridgend and Newport.
Rather than a cut in fuel tax, the report calls for more investment in alternatives such as public transport, car clubs and routes for walking and cycling.
Lee Waters of Sustrans Cymru said: "It is shameful that not having a car in many parts of Wales severely limits your chances in life.
"In assuming that everyone has easy access to a car, we have forced thousands into ownership that they simply can't afford.
"If Wales is serious about tackling poverty, we must make sure that people can access the jobs and services they need, regardless of where they live.
"This means building a transport system that is available to all, not just those who can afford to drive."
Last month the Welsh government said it was having to cut £3m from its local transport subsidy due to a squeeze on its budget.
The report calls for the decision to be reversed and other recommendations include calling on the UK government to ring-fence fuel duty for investment in alternative transport.
The Welsh government said its national transport plan had brought forward investment to make the transport system work better to help tackle poverty and assist economic growth.
A spokesperson added: "We are realistic about what we can achieve and are putting resources where they will make the most difference to people's lives.
"Our focus is on improving mobility and connectivity so that people can access the things they need, such as jobs, health care, education, child care, friends and family
.
"Through our ongoing work with interest groups we can continue to address the issues of transport poverty through concessionary fares schemes and more sustainable transport options.
"Our Highways and Transport Bill will also make it easier and safer for people to make shorter journeys by walking and cycling."
HM Treasury said the UK government's position on fuel duty was set out at the Autumn Statement.
"It already includes over £4bn worth of help for motorists across two years, including a 6p cut in fuel duty last year," said a spokesman.
Posted by seemorerocks at 16:02