NZ: the war on the people

Just how far the government is going to cut costs and slash services can be ascertained from these next two stories.  Imagine if you are in trouble somewhere overseas ringing an 0800 number - to be answered by a minder who knows nothing and cares even less.


Meanwhile the situation on the Auckland waterfront is getting worse and the port company is waging class warfare against the workers in their effort to turn them into serfs. The same is threatened for meat workers.


Just how long will it be before we have the Greek solution? - if you want a job in the public service, pay for it! 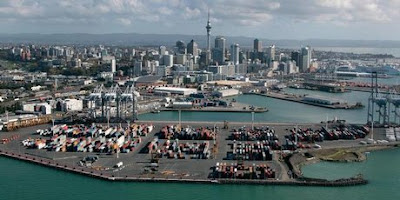 Got yourself in a tight spot overseas? Just call 0800
Scoop
Sacking diplomats and contracting out support work could impact on New Zealand’s interests overseas and leave citizens in trouble abroad without adequate support, says the PSA and the FSA, the two unions representing staff at the Ministry of Foreign Affairs.
Over 300 jobs are set to go as the Ministry looks to save millions of dollars due to the Government’s direction to save money.
“It’s difficult to see how sacking hundreds of capable staff, including diplomats, is going to advance New Zealand’s interests. These are the professionals we send overseas to build relationships and open doors to new markets,” says PSA Assistant National Secretary Jeff Osborne.
“There’s a risk that such severe job cuts and planned closure of some embassies will damage our interests overseas.”
http://www.scoop.co.nz/stories/PO1202/S00245/got-yourself-in-a-tight-spot-overseas-just-call-0800.htm
Housing New Zealand closes offices in favour of call centre
NZ Herald
People in desperate need of housing will soon have to call a national call centre rather than visit a Housing New Zealand office, a change that has angered voluntary services.
David Zussman, director of the Monte Cecilia Housing Trust, a housing charity based in Auckland's Mangere and Henderson, received a letter from Housing New Zealand last week saying all calls to Housing New Zealand would be redirected to a call centre from April 10.
People in need wanting to meet Housing New Zealand staff will have to pre-arrange an appointment through an 0800 number or via their website.
"You used to be able to walk into your local office and talk to somebody. Now your first point of contact will have to be through the call centre," said Mr Zussman.
"There's been no consultation about this process; they don't seem to be interested in that."
http://www.nzherald.co.nz/nz/news/article.cfm?c_id=1&objectid=10788168
Port company wages class war on waterfront
Radio New Zealand
A shipping company says it was forced to divert one of its vessels to Tauranga, after being told it would be blacklisted if it tried to unload at the Ports of Auckland.

Affco threatening 700-worker lock-out
Affco meat company is threatening to lock out more than 700 workers across the North Island after the collapse of negotiations.
The Meat Workers Union and Affco have been bickering for 18 months over a collective employment dispute and negotiating a new agreement for the past three months.
But on Friday the union was sent a lock-out notice stating it would lock out 762 workers from its Moerewa, Manawatu, Imlay (Whanganui), Horotiu (Waikato) and Wairoa plants from Wednesday.
Meat Workers Union secretary Dave Eastlake said the move was an attempt to try to starve its workers into accepting major changes to its collective employment agreement that would give the company total flexibility with its employment.
"Our members will be shocked that this company, now wholly owned by the Talley family, has taken such a cruel and unnecessary step in order to get exactly what it wants in their employment agreement."