The Economist: 'Nothing to fear but the lack of fear itself'

You Don't Get It, Europe -- You Should Be TERRIFIED About Greece Leaving The Eurozone 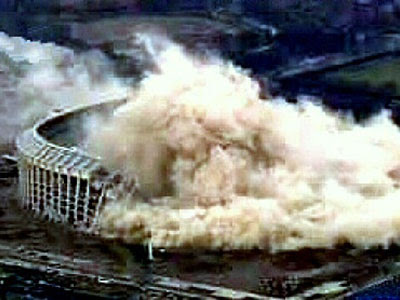 Business Insider
http://www.businessinsider.com/you-dont-get-it-europe-you-should-be-terrified-about-greece-leaving-the-eurozone-2012-2
the Economist,
WHAT to read into the following?
At an event for CFOs and finance directors in London this week, I asked the audience whether Greece would end up leaving the euro zone. Every single hand went up.
Asked whether more countries than Greece would leave, roughly two-thirds of the audience agreed they would.
Coming a week after an agreement on a second international bail-out for Greece, such certainty that the country would have to exit the euro was striking. It may be that an audience in London, albeit a cosmopolitan one, is prone to misjudge the willingness of the euro-zone creditors to keep lending money to Greece even if the country's programme goes off-track again. But I still think their judgment is right, for three reasons.
First, the demands being made of Greece will be almost impossible to meet: they will eventually need more money or some kind of forbearance. Wolfgang Schuble, Germany's finance minister, and Jean-Claude Juncker, Luxembourgs prime minister, have both suggested in recent days that a third bail-out may well be needed.
Second, there is a finite amount of times that creditor nations can justify bail-outs to their taxpayers, and the poisonous manner in which the latest package was agreed suggests this point may already have been reached. There is a good chance that approving extra money is becoming politically impossible. The Greeks themselves may well give up on the whole process, too.
To be clear, a Greek default is not the worry. It is already happening, after all: a 70%-plus fall in the net present value of private-sector bonds counts as a pretty severe pasting for investors.
The worry is the unpredictable impact of a euro-zone exit, not just for Greece but for the rest of the euro zone. The Economist has argued for a Greek default for a year, but always on the presumption that default need not mean exit. But it is ever harder to envisage a situation in which official creditors take a loss on their Greek bond holdings, which is needed to put Greek debt on a sustainable footing, but also agree to keep funding the country until it starts running a primary surplus. Default and exit are becoming inseparable.
Which brings us to the third reason why exit is likely. The prospect of euro-zone departures (even multiple ones) doesnt scare people as much as it should. The overall mood of the delegates at the conference was relatively sanguine about the effects of an exit. Contingency plans were in place at their firms to deal with it; this wouldn't be another 2008.
Yet 2008 is what the current situation ominously resembles. Sticking plasters have been applied (for Greek bail-outs, read the rescues of Bear Stearns, Fannie Mae and Freddie Mac) but more rescues are needed. Politicians are reaching the point where they believe that injecting more public money into failing entities is untenable. And there is an assumption that people have had enough time to prepare for the consequences of a shock that it would be absorbable. That strongly echoes the mood when policymakers let Lehman fail.
Sometimes its good to be afraid.
Posted by seemorerocks at 01:58