Shocking levels of poverty in the 'Land of the Free'

That's third world levels!  I couldn't have even one meal a day or buy a loaf of bread for that amount.
Over A Million US Families Are Living On A Shocking $2 Per Day 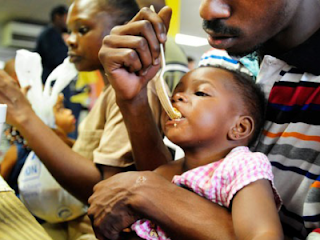 Business Insider,
24 February, 2012
More than 1.46 million families in the U.S. are living on $2 or less per day, a new study found.
That's up from the 636,000 households who lived under the same conditions in 1996.
Two dollars or less per day translates to about $60 per person, per month.
While 43 percent of American households receive government benefits, a decreasing proportion of those benefits go to the poor, the researchers from University of Michigan and Harvard University, said.
The study based its definition of income on the U.S. Census Bureau's Survey of Income and Program Participation (SIPP).
It includes such factors as a person's pension and retirements, cash income from public programs, and reported income from friends and family members who are not part of the household.
When the Supplemental Nutrition Assistance Program is included as income, the number of households living on $2 or less per day drops to about 800,000.
Additionally, the study found about 37 percent of the households living in poverty were headed by a married couple, while 51 percent were headed by a single female.
In 2011, nearly 50 percent of the households were headed by white non-Hispanics, 25 percent by African Americans, and 22 percent by Hispanics.
While minority groups do not represent the majority of these households, they're increased the most since 1996, the study found.
Posted by seemorerocks at 10:02