A response from Iran 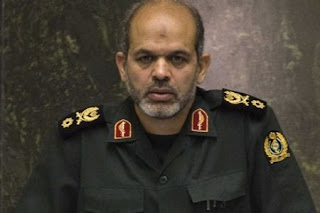 Press TV,
27 November, 2011
Vahidi said on Sunday that Israel will not have a minimal chance of survival after venturing a military attack against Iran, as Iranian armed forces will pound all of Israel with thousands of missiles, Fars News Agency reported.
“The enemy must answer this question, if it attacks Iran, for how long a battle and losing how many of its warships and vessels has it prepared itself?”
“Why is the Zionist regime making threats (against Iran)? How many missiles have they prepared themselves for? 10,000? 20,000? 50,000? 100,000? 150,000 or more?" the Iranian defense minister asked.
He advised the US and its allies to realize Iran's incredible might and know that in the event of a war the Islamic Republic will teach the Americans what war really is and what soldiers are supposed to be like.
Vahidi said Iranian armed forces will not hesitate to defend the country's sovereignty, adding that if the Zionist regime decides to carry out its threats against Iran, Basij forces will take out revenge [on the entity] for years of [the entity] bullying oppressed nations.”
The United States and Israel have repeatedly threatened Tehran with the "option" of a military strike, based on the allegation that Iran's nuclear work may consist of a covert military agenda.
Iran has refuted the allegations, saying that as a signatory to the nuclear Non-Proliferation Treaty and a member of the IAEA, it has the right to develop and acquire nuclear technology for peaceful purposes.
While Israel refuses to allow inspections of its nuclear facilities or to join the Nuclear Non-Proliferation Treaty based on its policy of nuclear ambiguity, Iran has been subjected to snap International Atomic Energy Agency inspections due to its policy of nuclear transparency.
Israel recently test fired a new long-range missile capable of carrying nuclear warheads.
This three-stage Jericho-3 missile, which is capable of delivering a 750-kilo warhead to a distance, is estimated to have a range of up to 10,000 kilometers. Paradoxically, Israel's new nuke-capable missile, which can target many parts of the globe, is not considered a threat in the eyes of the West.
and commentary from the Independant's Patrick Cockburn

Patrick Cockburn: Iran is not the monster it's made out to be – ye
World View: By blaming the street protests at home on their Shia neighbour, Sunni-dominated Saudi Arabia and Bahrain are playing with fire 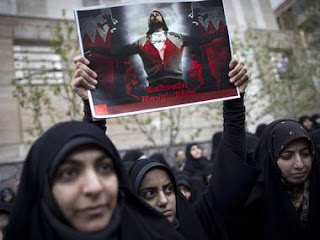