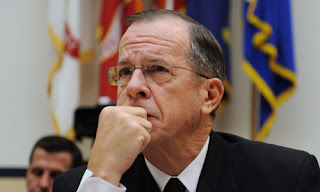 the Guardian,
27 November
Nato forces in Afghanistan were braced on Sunday for possible reprisals from Pakistani-backed insurgents following the coalition air strike along the border that killed 24 Pakistani soldiers.
Senior officers from the Nato-led International Security Assistance Force (Isaf), were scrambling to resume contacts with their Pakistani counterparts in the hopes of setting up a joint investigation into the incident.
But Pakistani officers severed communications and Islamabad cut Isaf's two supply routes running through Pakistan.
It also gave the US two weeks to vacate the Shamsi airbase in Balochistan, which has been used to launch American drone aircraft.
One Isaf source voiced concern that the Pakistani intelligence agency, the ISI, could go much further and use its suspected influence over insurgent groups in the tribal areas along the Afghan border to launch reprisal attacks on Nato. "This will come back at us, and at a time and a place of their [the ISI's] choosing," the source predicted. In September the chairman of the US joint chiefs of staff, Admiral Mike Mullen, said the ISI was using insurgent groups such as the Haqqani network to wage a "proxy war" in Afghanistan.
The incident, and the subsequent breakdown in relations with Pakistan, is a particular blow to the Isaf commander, US general John Allen, who sees the insurgent sanctuaries in Pakistan as one of the keys to the Afghan conflict and who had been in Pakistan the day before the border incident for talks with the Pakistani army chief, General Ashfaq Kayani, to discuss border co-operation.
In an interview in Kabul on Sunday, Allen refused to discuss details of the incident, saying it was under investigation. But he said: "We don't know where all of this will end up with Pakistan. We have been good friends with them for a long, long time, and this is a tragedy."
Isaf officers say the strike on Pakistani border positions took place when a joint force of Afghan and Isaf special forces carrying out a counterinsurgency operation in southern Kunar province came under fire and called in "close air support" from Nato aircraft. The air strikes hit two Pakistani border posts in the Mohmand tribal area on Saturday.
Pakistan's military refused to accept that its checkposts had been hit by accident, insisting that Isaf knew the location of the posts, on a mountaintop at Salala, next to the Afghan border.
Major General Athar Abbas, chief spokesman for the Pakistan military, told the Guardian on Sunday that he did not believe Isaf or Afghan forces had received fire from the Pakistani side. "I cannot rule out the possibility that this was a deliberate attack by Isaf," said Abbas. "If Isaf was receiving fire, then they must tell us what their losses were."
Pakistani officials said the posts hit are 300 metres into Pakistani territory, but Isaf officers say the border in that area is disputed.
Abbas said, however, that the firing lasted for over an hour, while Isaf made "no attempt" to contact the Pakistani side using an established border co-ordination system to report that they had come under fire. He said that the map references of the posts were previously passed to Isaf.
"This was a totally unprovoked attack. There are no safe havens or hideouts left there [for militants] in Mohmand," he said.
"This was a visible, well-made post, on top of ridges, made of concrete. Militants don't operate from mountaintops, from concrete structures."
Posted by seemorerocks at 11:19