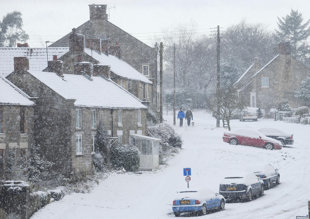 Yahoo,
22 November, 2011
180 pensioners died every day as a result of cold conditions during the 2010-11 winter months in England and Wales.
The annual ‘Excess winter mortality’ report found that an estimated 21,800 people over the age of 65 died as a result of adverse conditions, on top of the average mortality rate for the same period of time (4 months from December 2010 to March 2011).
Over-65s accounted for 84% of the overall 25,700 ‘excess’ deaths during the winter months.
“The numbers of excess winter deaths are a disgrace,” said Michelle Mitchell, charity director of Age UK. “We like to think of ourselves as a civilised society which protects the most vulnerable but the numbers of older people who do not survive the winter here is far higher than most European countries where the weather is far colder.
“These deaths are the tip of an iceberg of illness, misery and anxiety which grips Britain every winter,” she added. “The Government must do more to tackle fuel poverty and ensure that housing is better insulated.”
Latest estimates from the Hills Review suggest that 4.1 million homes in Britain are living in fuel poverty – being forced to spend over 10% of household income to keep a “satisfactory” heating condition. Fresh concerns have also emerged over the rise of energy prices over recent months as EDF, British Gas, npower, Scottish Power, Scottish and Southern Energy and E. ON have all hiked prices- taking the average household energy bill up £161.
“Many of our poorest pensioners, families and disabled people, put their health at risk by having to choose between heating their homes or putting food on the table this winter,” said Audrey Gallacher, director of energy at Consumer Focus. “This is one of the most pressing and neglected concerns facing the government’s energy strategy.
“Recent energy price hikes have left fuel poverty levels soaring, with energy bills almost double what they were five years ago,” she added. “With around nine million people in England living in fuel poverty under the current measure, this has been a running sore for successive governments and we desperately need a coherent plan to address it.”
Consumer Focus estimates that the spike in energy prices could see 5.1 million homes facing fuel poverty.
Posted by seemorerocks at 20:17