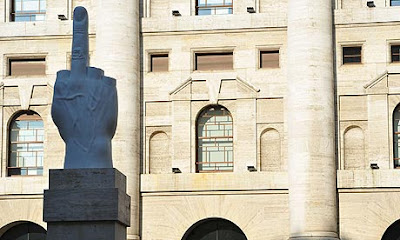 Eurozone leaders were tonight looking again to the International Monetary Fund (IMF) to help countries in distress as bond yields in Italy and Spain hit new highs and the credit-ratings agency Standard & Poor's (S&P) downgraded Belgium.
Meeting in Berlin, the finance ministers of Germany, Finland and the Netherlands even hinted at the prospect of an enhanced role for the European Central Bank (ECB) if all other steps to save the euro collapsed. But they again ruled it out as an immediate solution.
Their talks, ahead of Tuesday's meeting of the 17-member Eurogroup in Brussels, came amid reports that Spain's new centre-right government might soon apply for aid from both the IMF and the European Union's main bailout fund, the European financial stability facility (EFSF). Spanish state borrowing costs earlier leaped to the dangerously high level of 6.7%.
However, senior Partido Popular sources said reports that the Rajoy administration – not yet officially installed – would seek external aid were false. "The party absolutely denies this," a spokeswoman said.
Belgium, which has struggled to implement spending cuts following 18 months without a government, was downgraded today to AA from AA+ after S&P said the caretaker government of Yves Leterme lacked a mandate to deal with the crisis.
S&P said: "We think the Belgian government's capacity to prevent an increase in general government debt, which we consider to be already at high levels, is being constrained by rapid private-sector deleveraging both in Belgium and among many of Belgium's key trading partners."
Clearly playing for time at Friday's Berlin talks, finance ministers of the eurozone's three most stable economies said the IMF and a boosted EFSF could help overcome liquidity – not solvency – problems. The IMF has already offered to increase its precautionary credit lines for countries that could end up in trouble.
But there is growing scepticism that the EFSF can fill the funding gap if countries as significant as Italy and Spain completely lose the confidence of markets and hover near bankruptcy.
The fund, worth a nominal €440bn, has about €200bn left but is due to see its firepower raised closer to €1tn – far short of the €2tn that markets believe is required. The Eurogroup is due to sign off this increase on Tuesday but has been warned that overseas investors have no appetite for boosting its funds. Many believe the EFSF will be able to raise it to at most €750bn, given the lack of trust on financial markets.
Jan Kees de Jager, Dutch finance minister, said the IMF's enhanced role would be a separate option, prompted by doubts over whether private investors would bring enough new money for the EFSF. "There is a lot of pressure about euro bonds or European Central Bank financing, and we said no, we have something else, and that is an increased role for the IMF," he said.
On Friday, before the trio of stability-minded finance ministers met and issued a statement demanding "improved budgetary and structural economic policies" as "key to contributing towards solving the sovereign debt crisis", markets delivered yet another vote of no confidence in the eurozone.
As Olli Rehn, EU economic and monetary affairs commissioner, warned Germany that it alone could not determine the eurozone's fate, Italy only managed to secure cover for a two-year bond worth €2bn by paying 7.8%. A six-month loan for €8bn cost it 6.5% compared with 3.54% only a month ago.
Belgian yields hit a new high of 5.85% and are expected to go above 6% at an auction due on Monday. "I think Belgium will be included in the ECB buying programme ... I don't see how they can avoid it now that yields are getting up towards 6%," a trader told Reuters.
Belgium has limited its annual deficit to below 4%, but has a worryingly high debt-to-GDP ratio of 96.8%, and faces huge extra costs from the bailout of Dexia bank, which went bust last month.
Leterme, who has steered legislation through the Belgian parliament for a more devolved structure of local decision-making, expects MPs to agree on a new government before Christmas. The caretaker prime minister has accepted a job as deputy director of the OECD, the Paris-based thinktank, and hopes to take up the post in the new year.
Rehn admitted in Rome that contagion had now spread to the core of the zone. He was speaking after talks with Mario Monti, Italy's new technocratic prime minister, who has yet to convince markets he can deliver on his promises of structural reforms and savage cuts in national debt.
The Bank of England policymaker Martin Weale hinted that he would vote for a boost to the UK's quantitative easing programme following an examination of the UK's disappointing recovery.
Weale, a member of the Bank's monetary policy committee, said the likelihood of a steep decline in inflation next year would prompt the MPC to increase the current £275bn of purchases with electronic money. He said: "We are trying to maintain a balance between overall demand and supply, such that inflation is brought close to its target. From a broader economic perspective, further progress with rebalancing will be easier when normal economic growth has resumed."
His comments will put pressure on George Osborne to bring forward policies in his autumn statement that can spur economic growth and head off a contraction next year. Business groups have warned the chancellor that he risks plunging the UK economy into recession unless he finds cash for tax cuts and investment projects. 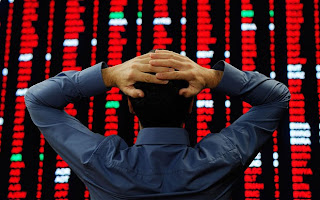 the Telegraph,
25 November, 2011
The Organisation for Economic Development and Cooperation (OECD) is predicting that the economy will shrink, the Government was warned on Thursday.
Whitehall sources said the forecasts suggest that growth would be negative during the first six months of next year due to the euro crisis.
The prediction, to be published on Monday, is the first from a respected forecaster to indicate that Britain faces a double-dip recession.
For article GO HERE
Posted by seemorerocks at 11:59