Wolfgang Münchau: THE EUROZONE HAS 10 DAYS AT MOST 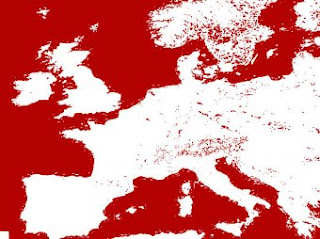 Business Insider,
27 November, 2011
If you're looking for some good Euro-scarered meat, look no further than this column from the FT's Wolfgang Münchau. The basic gist:
No really, now we're getting into endgame.
Why now? Because the increase in core yields, the failure of that German bund auction, and the increase in Spanish and Italian short-term yields, as well as the tightening of money for the banks means it's all almost over unless Europe immediatly. cooks up some kind of ECB-backed/Eurobond/fiscal union concoction.
I am hearing that there are exploratory talks about a compromise package comprising those three elements. If the European summit could reach a deal on December 9, its next scheduled meeting, the eurozone will survive. If not, it risks a violent collapse. Even then, there is still a risk of a long recession, possibly a depression. So even if the European Council was able to agree on such an improbably ambitious agenda, its leaders would have to continue to outdo themselves for months and years to come.
Ultimately, Münchau reckons...
Italy’s disastrous bond auction on Friday tells us time is running out. The eurozone has 10 days at most.
Posted by seemorerocks at 12:26