US refuses Erdogan's demand to remove forces from Syria

I have removed the editorial comments from this article. 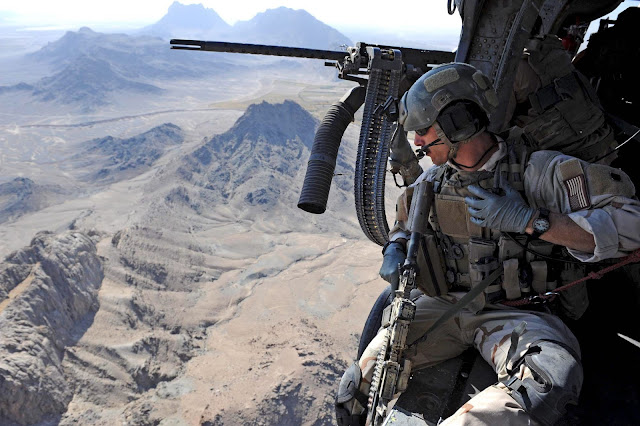 Last Sunday, Turkey began an armed incursion into northern Syria to oust Kurdish enclaves in that area, setting their sights on the city of Afrin, first.  Turkey claims the Kurds are connected to a PKK "terrorists" who have been plaguing Ankara for years. The Kurds say they simply want to resume living in peace in Syria as they have for centuries now that they've fought-off ISIS.  But Turkey won't tolerate that.

On Saturday, Turkish Foreign minister Mevlut Cavusoglu made clear his county's forces were now setting their sites on another town in northern Syria, the town of Manbij.  Trouble is, there are US forces there.  The Turks have told the US to get our forces out.  The US says "no."
Cavusoglu said on Saturday that it was "necessary for them [US] to immediately withdraw from Manbij" as well as take "more concrete steps rather than words" to end its support for the Syrian Kurdish People's Protection Units (YPG) armed group.
"The US must cut ties with the terrorist organisation," he told reporters in Turkey's Mediterranean province, Antalya, the Turkish daily Hurriyet reported.
The remarks came a day after, according to the Turkish presidency, US National Security Advisor HR McMaster assured Ankara in a phone call on Friday that Washington would no longer give weapons to YPG, Hurriyet reported.
Turkey considers YPG, the military wing of the Syrian Kurdish Democratic Union Party (PYD) as an offshoot of the Kurdistan Workers' Party (PKK), which is outlawed in Turkey. Ankara says pushing Syrian Kurdish fighters away from northern Syria is essential for Turkey's national security.

On January 20, Turkey launched a military operation along with the Free Syrian Army (FSA) - a Syrian rebel group - to drive YPG from Syria's northwestern district of Afrin.
On Friday, Turkey's President Recep Tayyip Erdogan said Turkish troops could push YPG all the way east to the frontier with Iraq, including Manbij, Hurriyet reported.
According to a statement published by the Turkish armed forces on Saturday, about 394 fighters were "neutralised" since the start of the Afrin operation.
"340 targets of the PKK [outlawed Kurdistan Workers' Party], KCK [Kurdistan Communities Union], PYD/YPG [Syrian Kurdish Democratic Union Party/People's protection Units], and ISIL [Islamic State of Iraq and the Levant] terror organisations have been destroyed," the army said.
It also said that three Turkish soldiers and 13 members of the allied FSA were killed in the operation.
Also on Saturday, a rocket was fired from Afrin hit Turkey's border province of Kilis, injuring two people after hitting a five-storey building in the neighbourhood of 7 Aralik, according to Turkey's state-run news agency, Anadolu Agency.

Joseph L. Votel is a four-star general in the United States Army who has been commander of United States Central Command since March 2016. Before that, he served as commander of the United States Special Operations Command.
When asked by reporters whether the US is going to flee Manbij, the General politely replied "That's not something we're looking at right now."  In other words, "no."
The US has already seen a possible military conflict coming with Turkey.  In a readout from the White House of a telephone conversation between President Trump and Turkey President Recypt Erdogan, the US President made clear Turkey should ". . . exercise caution and avoid any action that may risk conflict with US forces."   Here is that White House readout:

Put simply, if Turkish forces attack an area where US Forces are located, the US forces can attack back.....