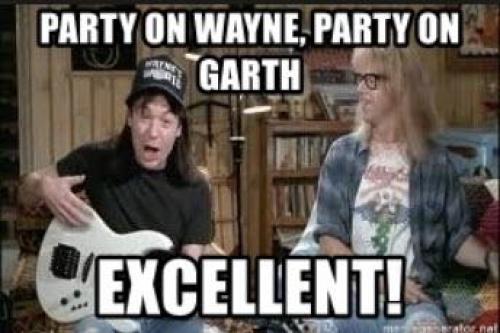 While the markets have roared parabolically up, in Technicolor, with sugar-on-top, that ole rascal, Reality, is working some hoodoo in the other rings of this psychedelic circus: namely the dollar and the bond market. The idiots on NPR’s Marketplace and the Cable TV financial shows haven’t noticed the dollar tanking the past several months or the interest rates creeping up in the bond markets. Well, isn’t that the point of living as if anything goes and nothing matters, the mantra of the age?

Alas , things are connected and consequences await. It would be rich if a flash crash ripped the Dow, S & P, and the Nasdaq to shreds twenty minutes after the Golden Golem of Greatness finished schooling the weenies of Davos on the bigly wonderfulness of his year in office. In fact, it would be a crowning comic moment in human history. I can imagine Trump surrounded by the fawning Beta Boys of Banking as the news comes in. Poof! Suddenly, he is alone in the antechamber backstage, nothing left of his admirers but the lingering scent of aftershave. The world has changed. The dream is over. In the mirror he sees something that looks dimly like Herbert Hoover in a polka-dot clown suit, with funny orange wig….

A financial smash-up is really the only thing that will break the awful spell this country is in: the belief that everyday life can go on when nothing really adds up. It seems to me that the moment is close at hand. Treasury Secretary Mnuchin told the Davos crowd that the US has “a weak dollar” policy. Is that so? Just as his department is getting ready to borrow another $1.2 trillion to cover government operations in the year to come. I’m sure the world wants nothing more than to buy bucket-loads of sovereign bonds backed by a falling currency — at the same time that the Treasury’s partner-in-crime, the Federal Reserve, is getting ready to dump an additional $600 billion bonds on the market out of its over-stuffed balance sheet. I’d sooner try to sell snow-cones in a polar bomb-cyclone.

When folks don’t want to buy bonds, the interest rates naturally have to go higher. The problem with that is your country’s treasury has to pay the bond-holders more money, but the only thing that has allowed the Treasury to keep borrowing lo these recent decades is the long-term drop of interest rates to the near-zero range. And the Fed’s timid 25-basis-point hikes in the overnight Fed Fund rate have not moved the needle quite far enough so far. But with benchmark ten-year bond rate nosing upward like a mole under the garden toward the 3.00 percent mark, something is going to give.

How long do you think the equity indexes will levitate once the bond market implodes? What vaporizes with it is a lot of the collateral backing up the unprecedented margin (extra borrowed money) that this rickety tower of financial Babel is tottering on. A black hole is opening up in some sub-basement of a tower on Wall Street, and it will suck the remaining value from this asset-stripped nation into the vacuum of history like so much silage.

Thus will begin the harsh era of America screwing its head back on and commencing the salvage operation. We’ll stop ricocheting from hashtag to hashtag and entertain a few coherent thoughts, such as, “…Gee, it turns out you really can’t get something for nothing….” That’s an important thought to have when you turn around and suddenly discover you’ve got nothing left.