State media says Pyongyang will "smash" all challenges against the reunification of the Korean peninsula. 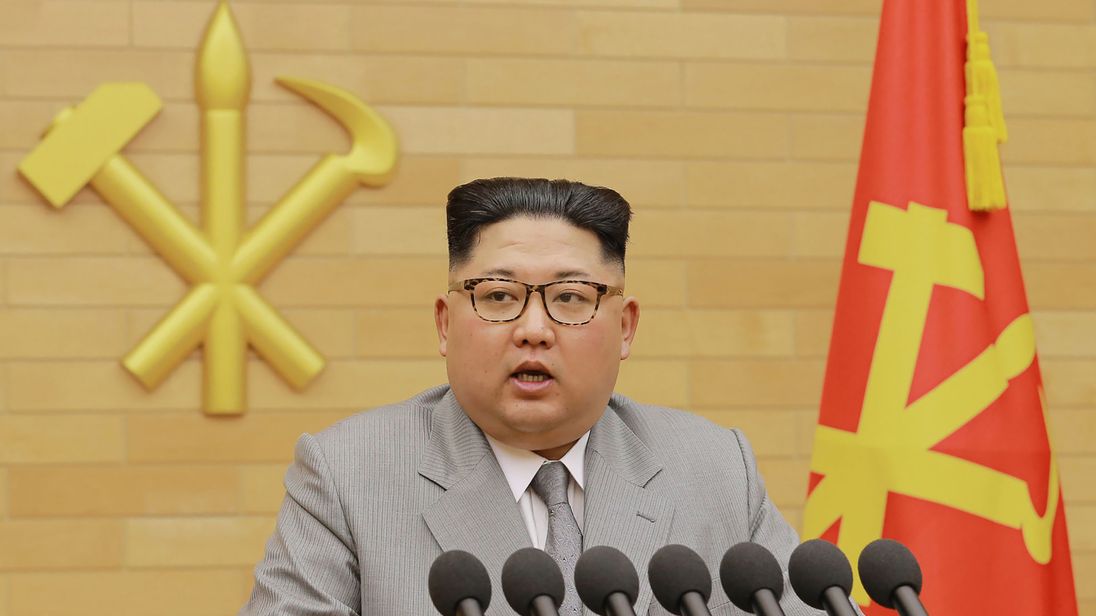 
North Korea has called on "all Koreans at home and abroad" to "promote contact (and) cooperation between North and South Korea".

State media in North Korea also said Pyongyang would "smash" all challenges against reunification of the Korean peninsula.

Koreans are being urged to make a "breakthrough" for unification without other countries' help.

The North's official news agency said military tension on the Korean peninsula was a "fundamental obstacle" to the improvement of inter-Korean relations.

It added that joint military drills with "outside forces" were unhelpful when better relations between North and South Korea were being sought.

It is the latest in a series of overtures. North and South Korea will march under one flag as their first joint Olympic team competes in the winter games in the South's Pyeongchang County next month.

The Unification Flag, which features the entire peninsula and surrounding islands in blue on a white background, was last used in 2006 at the Winter Olympics in Italy.

North Korea will be sending 22 athletes to the winter games.

The country led by Kim Jong Un has alarmed the world by making a series of rocket launches.