One way to ignore inconvenient news is to ignore it – airbrush it out of the narrative.


This is exactly what the BBC has done.

Not a sing of today's momentous news (both of them) on the BBC website!!

The director of the CIA expects that Russia will target the US mid-term elections later this year. 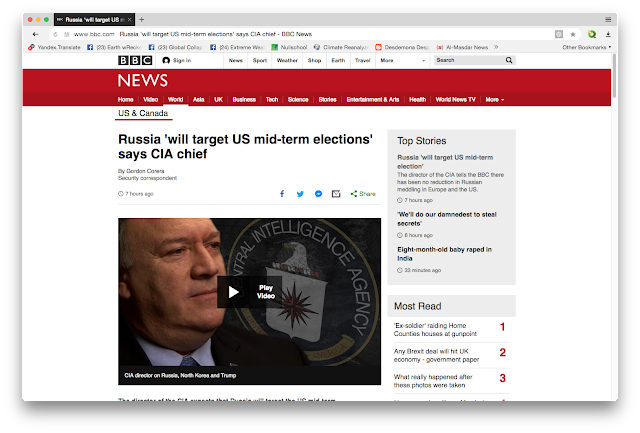 Mike Pompeo told the BBC there had been no significant diminishing of Russian attempts at subversion in Europe and the US.

He also said North Korea may have the ability to strike the US with nuclear missiles "in a handful of months".

The US intelligence community has said that it believes Russia interfered in the 2016 presidential election.

Mr Pompeo, who briefs the president most mornings, dismissed as "drivel" recent claims that US President Donald Trump was not up to the job.

The director's conference room on the seventh floor of the CIA's headquarters in Langley, Virginia, is lined with pictures of former directors and the presidents they served.

And Mr Pompeo is clear about his vision for the CIA under President Trump.

"We are the world's finest espionage service," he told the BBC.


"We are going to go out there and do our damnedest to steal secrets on behalf of the American people. And I wanted to get back on our front foot."

At least Radio NZ reported on the McCabe resignation 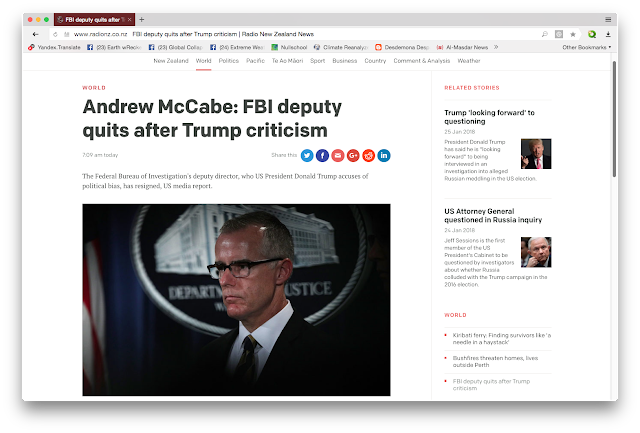